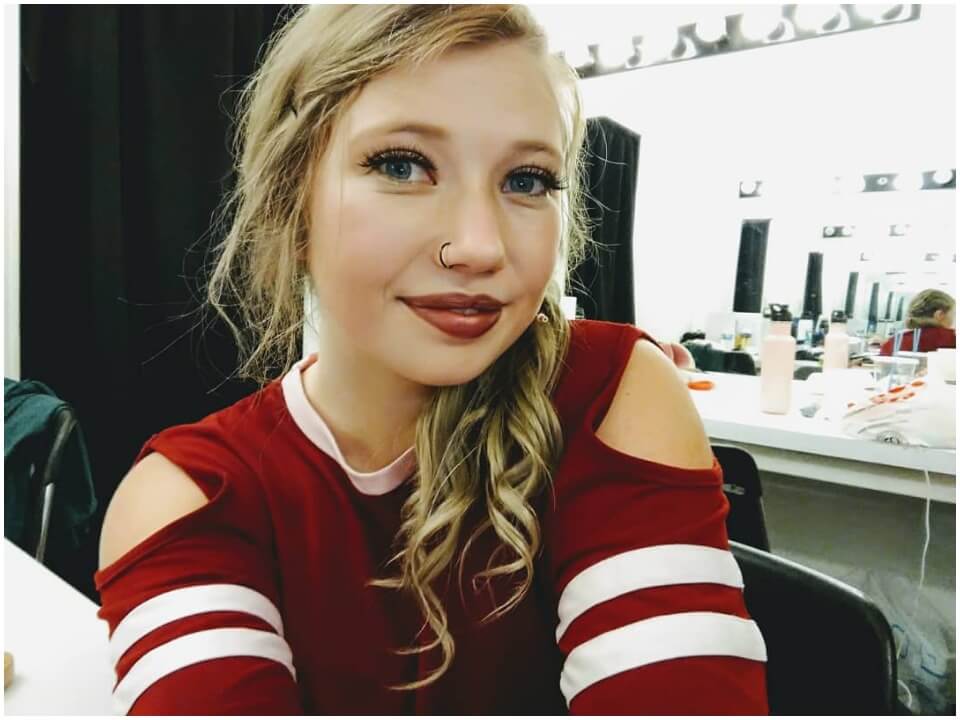 Pregnant woman Amber Fiedler is getting praised after her audition aired on American Idol season 18. She was probably born in 1997 because she is 23 years old and recently involved in lots of community theatre plays. Acting, Singing and dancing are her favorite buzzes and she probably thinks that without theatre and acting her life is kind of miserable. As per her FB profile, she moved to Idaho, Washington Stateline from Rathdrum, Idaho and currently lives in Spirit Lake, Idaho. Fielder is attending Priset River Lamanna High School and appeared in movies as well so many musicals in theatre. Apart from this, she also shares her cover of famous songs on her Instagram as well YouTube.

She’s suffered a lot and her past life and story is bittersweet because she had gone through so much pain and financial crisis in her childhood. She grew up with her grandmother because her mother was addicted to drugs and stuff. Despite being a pregnant, she thinks that she is probably not ready for the duties of a mother because she wouldn’t be able to give her everything she wants. Thus, she is going to find a family who will fulfill all her wishes and pour their love on her and it would be an open adoption. It is slight relief for her because her mother is clean now since four years and they are trying to rebuild their relationship.

However, her life is going to change completely upside down from now on because she just nailed it in her audition last night in American Idol. Amber performed “Trust in Me” by Etta James and with her voice and powerful tone, able to make it to Hollywood. Lionel Richie, Katy Perry and even Luke Bryan amazed with her capability and praised her. Not only judges but so many viewers already considered her as one of the strong contenders to win the title for this season. Katy said,

“We’re here to support you through this process. You’re not alone! Really big shot at going very far if you want to. Maybe you’re not ready to be a mom, but you are ready to become an American Idol.”

Amber just gave her emotional performance on the top 20 spot although it was awful. No doubt, she is an outstanding singer but her song choice wasn’t up to the mark. So many viewers already seeing her as top 10 material but this might put her spot in danger after recent performance of “Good Kisser”.

As per the news and source, Amber Fiedler made solo performance and he advanced to top 40 list for upcoming rounds. Although it wasn’t shown on the episode but one thing is clear that, new talents would emerged in coming days. Right now. due to pandemic coronavirus, shooting is paused and no one knows when it will be resuming, but we will keep you updating if any news released.

Amber has been eliminated after her somewhat poor choice of song which was not up to her potential. She couldn’t make it to top 20 despite being a strong contender for crown and fans took it to social media and lashed judges about their judgement.