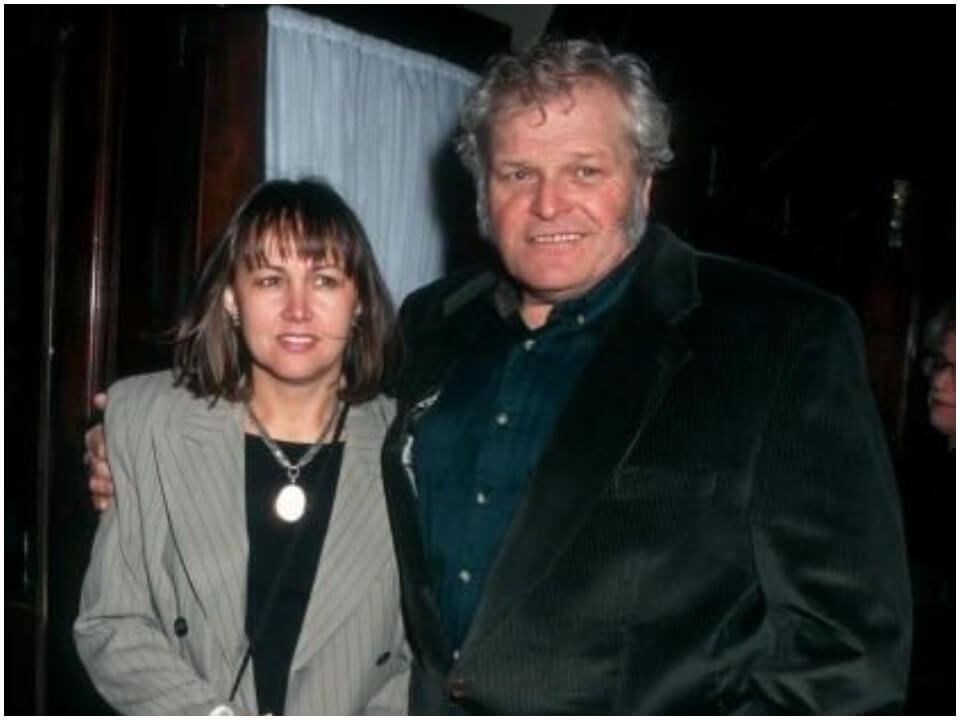 Jennifer Arnott is the surviving wife of the American veteran actor, Brian Dennehy who spent almost five decades of his life in acting career. On 15th April, 2020 Brian died naturally at his home located at New Haven, Connecticut however his death was announced a day later on 16th April, 2020 by his daughter, Elizabeth Dennehy. Also, she informed that his father died peacefully and no sign of any symptoms of coronavirus reported. Thus, family refused to go for autopsy as well.

Jennifer Arnott is an Australian native who worked as a costume designer married in 1988. They both spent valuable time of his life together and lived together for more than 3 decades as a happy couple. From their marriage, couple have two children whose name is Cormack a boy and a daughter named Sarah Dennehy. Brian already had three children from his first marriage spanned 1959 to 1974 with Judith Scheff. They had three daughters from this marriage however he left them and moved to a farm with Jeniffer and he regretted for it.

Brian stated in an interview that it was the unfashionable part of Connecticut. “My neighbors have refrigerators on their porches, wear camouflage and drive pick-ups. There’s not an espresso machine within 50 miles, and I wouldn’t have it any other way. Big Bird is the other celebrity in the area, and as far as I’m concerned he’s No. 1.” He even added that “I have an obsessive personality. With one substance or another I can go from stage A to stage F in addiction in about a week and a half.”

Those parties were kind of different from current generation and said he didn’t throw “your typical L.A. parties, where everyone sips a little wine and goes home at 10 o’clock. At my parties, the sheriff’s department comes three or four times a night.” Brian hired a chauffeur who used to carry him and his buddies to bars on St Patrick’s Day. He said “Invariably we would wind up with the driver drunk and someone else having to drive. But that was in my callow youth, which is long gone.”

Dennehy had a glorious journey in acting career which spanned more than 5 decades in which he had a credits of more than 200 productions. Talking about his some of the best performance then it came in the film “Death of a Salesman” who won him a Golden Globe. Apart from this, he gained fame for his roles in “M*A*S*H, Kojak, Lou Grant, Dallas and landed a recurring role on Dynasty in 1981.