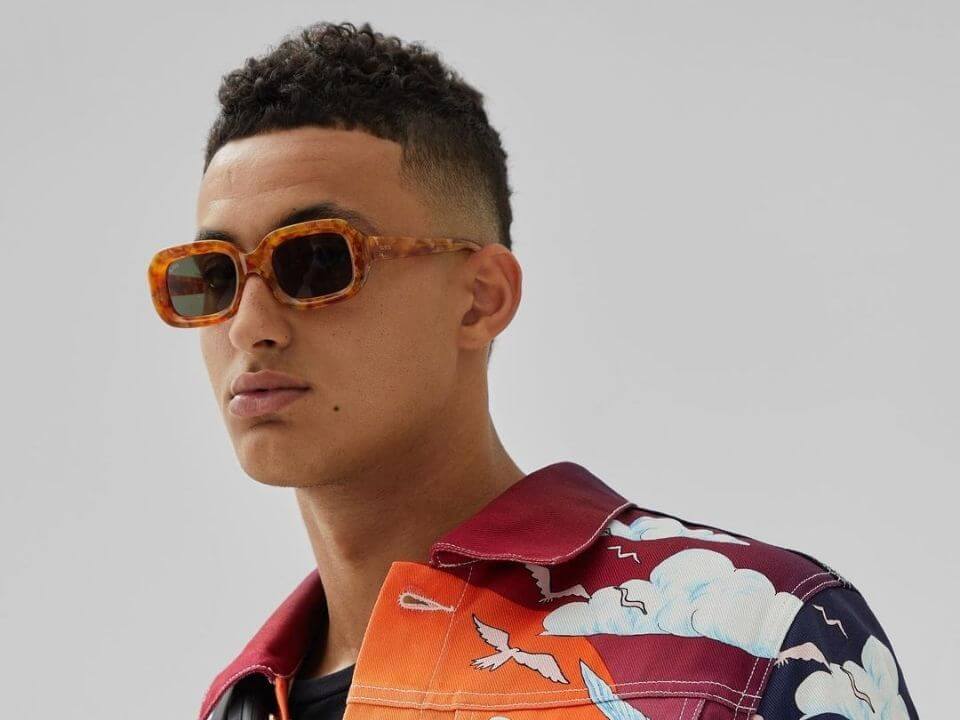 Kyle Kuzma is a young talented and professional Basketball player. He plays for NBA team which is Los Angeles Lakers as he was traded from Brooklyn Nets.

He is has impressed many of fans with his trick and has gained 5 million fan following on his Instagram account. He was also previously in relationship with various famous Hollywood actress.

Kyle Kuzma was born on 24th July 1995 in Flint, Michigan, United States of America. He met his father only once when he was really very young after that his mother Karri Kuzma took care of him along with his step father Larry Smith and his step siblings Andre and Briana. He was just 2 years when he started playing basketball.

He did his schooling from Swartz Creek Community School and later was transferred to Bentley High school in Michigan. For his higher studies in 2013 he went to University of Utah in Utah, United States of America and graduated with a degree in Sociology.

Kyle made his career by playing Basketball, he consider it as Safe Heaven. He played basketball throughout his schooling life. He was also offered to play with Division I school.

In 2017 NBA draft he was selected as 27th overall and picked up by Brooklyn Nets. On 3rd July he was traded to Los Angeles Lakers and signed his rookie contract with the Lakers. In 2017 NBA Summer league he was lead point scorer in seven matches.

Kyle also received an opportunity to play in the Rising Stars Challenge in 2019 and achieved a season high 37 points and career high of 41 points.

In 2017 he was the Summer League Championship Game MVP honour. He was titled with “Western Conference Rookie of the Month” in the year 2017. In 2018-19 he was twice selected to play for Rising Stars Challenge match. In 2018 he was named as “NBA All-Rookie First Team” and in 2019 was given the title “NBA Rising Stars Challenge MVP”.

He seems to be in relationship with much famous model personality. In early 2018 there was a rumour of him dating an Instagram model who was Sofia Jamora.

The next year in February he was spending time with another Instagram model who was Katya Elise Henry and they later broke up in April. Katya blamed him that he was not able to handle her. Later on 4th July 2019 he was spotted with a Victoria Secret Model “Kendall Jenner” as they were seen on a yacht together.

Kyle Kuzma’s Net worth has been estimated around $3 million. In 2017 he signed four year contract as a rookie with Lakers as his contract’s worth over $8,650,178. He is also a celebrity professional Basketball player. His income also includes his appearances at various events.

He is very attracted to his social media account and also shares his lifestyle with his fans. He has earned over 5 Million fans from all over the world on Instagram.