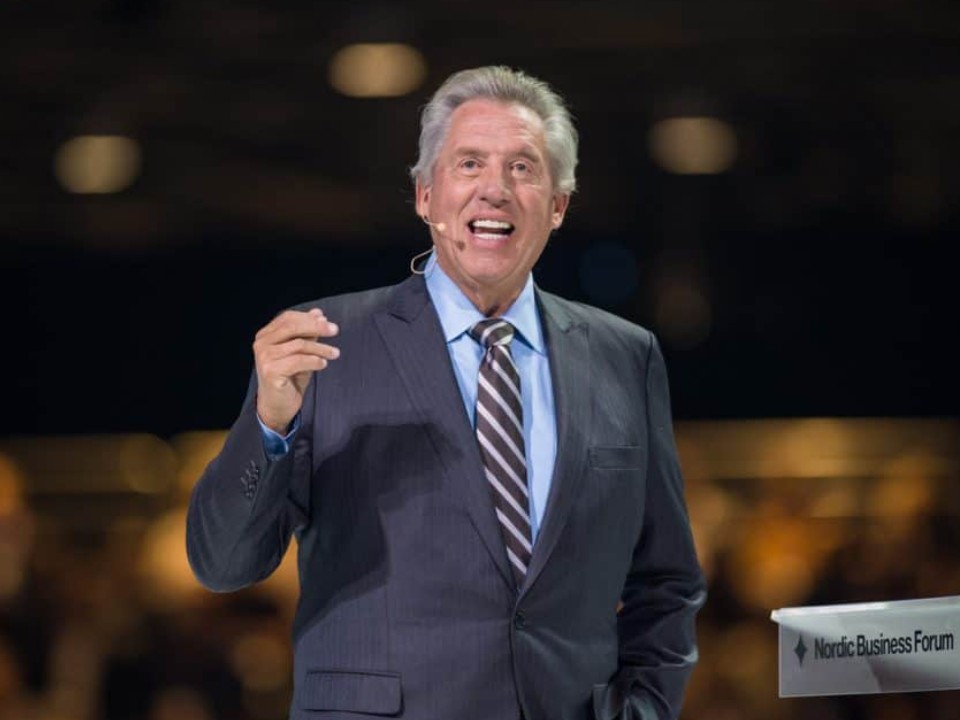 John Maxwell will be a familiar name to you if you read non-fiction books on leadership or team management. He is an author, pastor, professional speaker, and so on altogether. Millions of people have attended his seminars. And many more have read his inspirational and helpful books all over the world.

Now, if you want to know more about this prominent author and speaker, then you have stumbled upon the right post on the internet. In this post, we will be sharing a variety of information about John Maxwell. So, if you are a fan of him, you can keep reading the rest of the post.

John Maxwell has a bright and celebrated career. He is one of the most popular experts in leadership and management. He usually appears in various seminars and events regularly, where you will find him giving thought-provoking speeches.

Along with that, he has written a large number of books. Among them, a few of the books were sold over millions of copies. It is estimated that more than 30 million copies of his books were sold.

So, you can see that he has accumulated a lot of wealth in the meantime. Reportedly, John C Maxwell has a net worth of about 12 million USD at the moment.

John was born on February 20, 1947. His birth location was in Garden City, Michigan, United States of America. According to his birth date, he is a Pisces. And, he is 74 years of age at the moment of writing this article.

His father’s name is Melvin Maxwell, and his mother’s name is Laura Maxwell. Everybody in his family was evangelical Christians. Unsurprisingly, John also followed his father’s path into the ministry.

Back in 1969, John completed his bachelor’s degree at Circleville Bible College. He also married in the same year. Later, he has achieved a Master of Divinity degree at the Azusa Pacific University. After that, he also completed a Doctor of Ministry degree at Fuller Theological Seminary.

After acquiring his bachelor’s degree, John started to led churches in Ohio, Florida, California, and Indiana in 1970. He was a senior pastor for over 14 years in Skyline Church.

However, he left the church in 1995. Later, he started to serve as a guest pastor in the Crystal Cathedral.

At that time, Robert H. Schuller was his mentor. However, after his mentor resigned in 2008, he went to that church a couple more times to preach.

At the same time, John Maxwell is an author. He has written over 100 books to this day. His latest book, Change Your World, was released last year. He has several New York Times, Business Week, Wall Street Journal bestselling books.

For example, 3 of his books, ‘Developing the Leader within You’, ‘The 21 Irrefutable Laws of Leadership’, and ‘The 21 Indispensable Qualities of a Leader’ were sold over a million copies each.

Reportedly, in total, he has sold over 30 million copies of his written books. Most of his books revolve around leadership, management, self-help, motivation, etc.

On top of that, he is a leadership expert. So, you will find him appearing at a wide variety of events as a professional speaker. He usually speaks to several international organizations, Fortune 500 companies, international government leaders, sports teams, and more.

John C Maxwell has founded a lot of groups and foundations as well. For instance, some of his notable organizations are Maximum Impact, INJOY, EQUIP, The John Maxwell Team, and more. Among them, the most famous one is the EQUIP. It is an international leadership development organization. It has members from more than 80 countries in the world. He has appeared as the keynote speaker on many events.

At the Indiana Wesleyan University, John Maxwell and his family have a building after his name. The name of the building is ‘Maxwell Center for Business and Leadership’. The university owner even offered an honorary doctorate degree to him for his activities and influence on the Wesleyan Church. Also, John was inducted into the IWU Society of World Changers.

He started his professional career back in 1979. And, he is working tirelessly to change the world up to this day.

That is not all. John Maxwell also has his own website. On his website, you will find various resources on topics like leadership and personal growth.

He also writes articles regularly on his website. At the same time, you can find the schedule of his next events. He also has various courses and coaching projects (free and premium) for leaders worldwide on his website.

His primary website related to his organization Team Maxwell is also there. You can also access other resources from his JohnMaxwellGroup website. Along with all these, he also has a leadership podcast project. You can listen to all of the podcasts from John Maxwell here.

Some of the most popular books written by John Maxwell

Some notable quotes by John Maxwell

Although John Maxwell has to move frequently to attend various events, he resides in South Florida at the moment.

Right now, he is living with his wife, Margaret Maxwell. They got married back in 1969. Yes, they are married for more than 50 years.

Both John and Margaret have a daughter and a son. Their son’s name is Joel Porter Maxwell. And his daughter’s name is Sarah Elizabeth Miller.

Recently, both of John’s children have moved to Florida with their kids. So they are thrilled as his grandchildren and kids are living very close to them.

John C Maxwell has been an influential figure to many people in the world. He has been inspiring people for more than several decades. Up until now, he has written more than 100 books. At the same time, he has given hundreds of speeches at many events.

He is a top expert in leadership and team management. On top of that, he has been leading many churches in the USA as a pastor. We hope this post has offered you something useful and new about John C Maxwell.