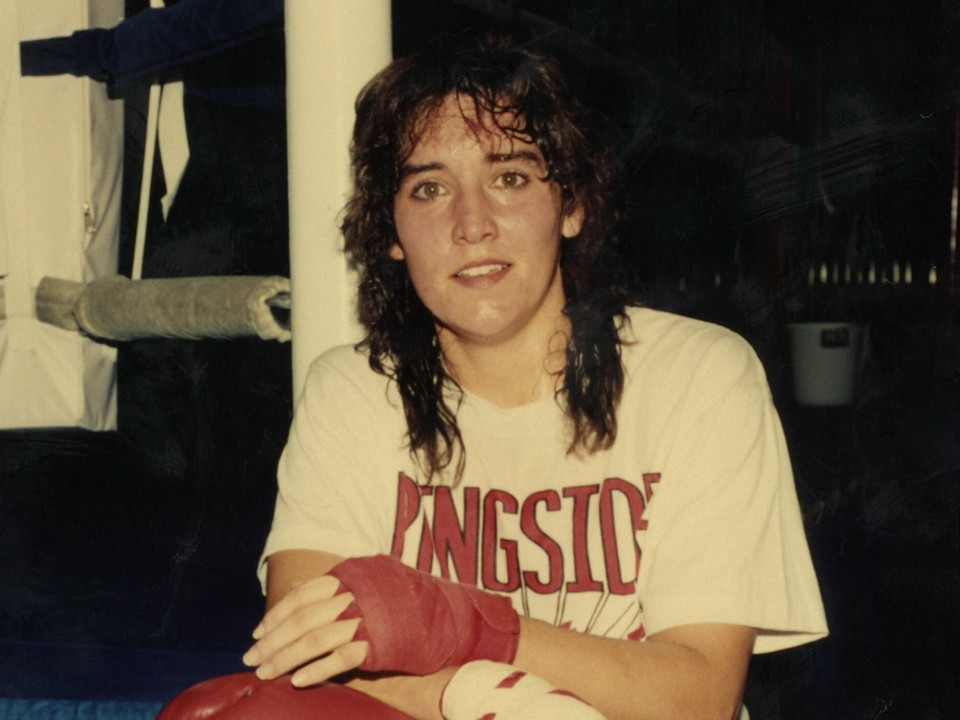 Christy Martin is arguably the best female boxer of all time. If you are curious about her life, personal and professional, her net worth and trivia keep reading the post.

She is one of the pioneers of female boxing. Her real name is Christy Renea Martin. Although her birth name was Christy Salters. She retired from professional boxing in 2012. If you were a fan of this iconic boxer, you have come to the right place. Because we have written this post to let you know about her career, net worth, lifestyle, and more.

So without further ado, let’s get to it…

Christy Martin has retired back in 2012. So most of her earnings were from boxing. At the moment, it is known that her estimated net worth is about 500 K USD. She is also the CEO of a boxing promotion company named Christy Martin Promotions. So she is also accumulating her wealth from that as well.

Christy Martin was born on June 12, 1968. Her birthplace was in Mullens, West Virginia, USA. Initially, her name was Christy Salters. Her father was a coal miner. She was a student of the Mullens High School. She was very athletic since her childhood.

Even she was a participant in the Little League Baseball and All-state basketball competitions. Later, she was admitted to Concord College in Athens, West Virginia. She got a basketball scholarship in that college. Also, Chris Martin earned a B.S in education from that institution.

Christy Martin has begun her professional boxing career in 1989. Her coach and trainer was James V. Martin. Later they got married. However, he tried to kill her and now is sentenced to 25 years in prison. Anyways, Christy used to compete in the Toughwoman contest initially. She won 3 consecutive tiles there. Then she started to train with James Martin.

Back in 1989, she started her professional boxing career against Angela Buchanan. She was only 21 years of age at the moment. The match was drawn. However, one month later, she won a rematch with Angela Buchanan. After that, Christy won 19 consecutive matches.

One of her greatest fights was against Deirdre Gogarty back on March 16, 1996. After that, she got more reputation and even appeared on the cover of Sports Illustrated. In total, she has a record of 49 wins, 7 losses, and 3 draws. Among them, 31 of her wins were by KO.

As a matter of fact, she fought in matches, where she was the undercard of boxers like Mike Tyson, Trinidad, Julio César Chávez, Evander Holyfield, and more. Don King promoted her. After a few years of break, she announced that she will come back to the ring.

The magazine Sports Illustrated mentioned that she was working as a sub teacher and helping military veterans find work. Also, she was suffering from lack of stamina and double vision. These were after effects of her gruesome career.

Christy Martin has a story-worthy life story. At the moment, she is residing in North Carolina. She is married to Lisa Holewyne. Lisa Holewyne was her ring rival. Their marriage took place on November 25, 2017.

However, it was not her first marriage. Her first marriage was with James V. Martin back in 1992. He was her trainer in the first place. They were married for a few years. And it was going well. However, things got worse for Christy Martin.

One day, her husband James V. Martin started arguing with her. Then the situation got heated. After a while, he pistol-whipped her a few times. Then he went ahead and stabbed her several times. There were cuts in her body.

But he didn’t stop there. He also shot her in the torso and left her to die. The altercation took place in their Apopka home on November 23, 2010. Fortunately, Christy Martin survived the attack. Also, her husband was arrested on November 30. But he also stabbed himself.

As a result, he was taken to the Orlando Regional Medical Center first. Later, he was sent to the Orange County Jail. James Martin was charged with first-degree murder. Back in 2012, he was found guilty of attempted second-degree murder

Because of that, he was sentenced to 25 years in prison two months later. At the moment, he is serving his sentence at Graceville Correctional Facility, which is located in Graceville, Florida.

At the moment, she is the CEO of Christy Martin Promotions. This company promotes boxing events. Since 2016, they promoted more than 15 events in North Carolina. Also, they have started to promote events in Florida as well.

Final Lines on Christy Martin Net Worth and Career

Christy Martin is a legendary figure in professional boxing. She is one of the best female boxers of all time. She came back in the ring in 2011 in hopes of her 50th career win.

At the moment, she was not at her best. That fight took place on June 4, 2011, at Staples Center in LA. Unfortunately, she lost the match to Dakota Stone. She also broke her right hand at 9 places in that fight and could not continue the fight.

Christy Martin has a prolific career. She is now the role model of many female boxers in the world. At the moment, it is known that her estimated net worth is about 500k USD.

You will find her at various boxing events. Also, she is a very regular visitor in different International Boxing Hall Of Fame annual induction ceremonies. She is not that active in social media. However, you can follow Christy Martin Promotions.

We hope this post has helped you to know more about your favorite female boxer Christy Martins. If you want to know about any celebrities, you can let us know in the comments below! And if you have found this post helpful, you can share this with others.