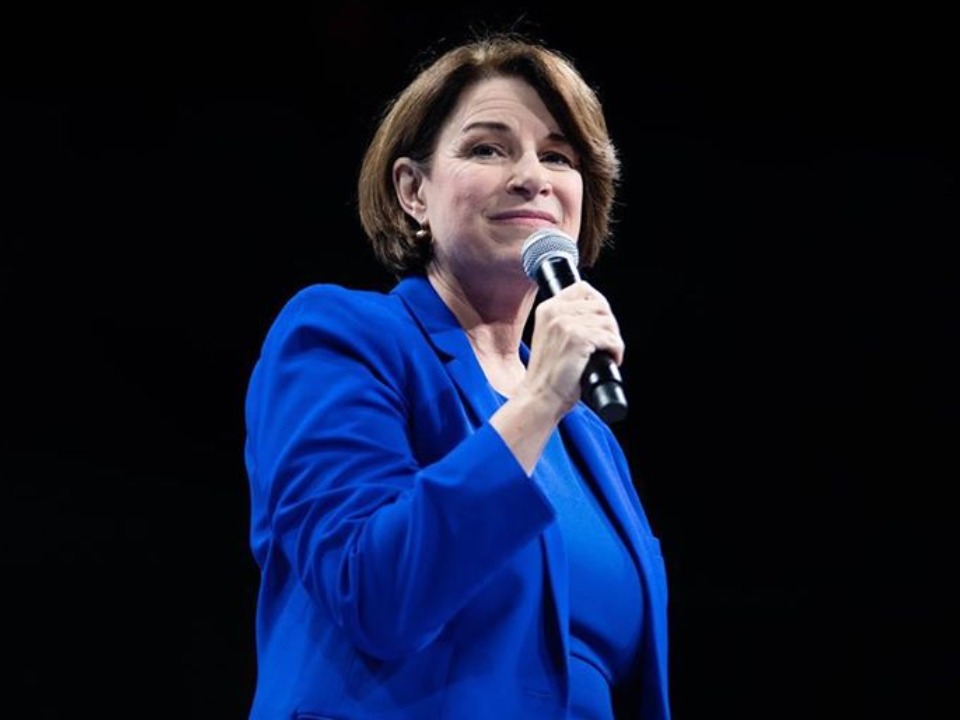 Amy Klobuchar is one of the candidates who are in the race of USA presidential election 2020 and member of the Minnesota Democratic Farmer Labor Party. She has been a member of the United States Senate since 2007. She was born on 25th May 1960 in Plymouth, Minnesota as a daughter of journalist and author Jim Klobuchar and teacher Rose Katherine Heuberger. Her father is Slovenian while her mother is Swiss. After graduating from high school, she studied political science at Yale University and she received Bachelor of Arts degree in 1982. In 1985, she obtained her JD from the Law School of the University of Chicago. Then she worked for various law firms and as a consultant for the former US Vice President Walter Mondale. Later she became a prosecutor in Hennepin County in 1998 and worked until 2006.

After Democratic Senator Mark Dayton announced early in 2005 that he would not run again, Klobuchar was the favorite for the successor. On 29th September 2005, she announced her candidacy and was also able to prevail it in the party’s preliminary selection. In the Senate elections on 7th November 2006, Klobuchar received 58 percent of the vote, prevailing against Republican Mark Kennedy. Klobuchar then became a senator at the United States 110th Congress on 3rd January 2007, becoming Minnesota’s first elected senator. She was re-elected with a clear majority in the 2012 election and in the 2018 election with 60 to 36 percent of the vote against Republican Jim Neuberger. Amy announced her candidacy for the 2020 presidential election on 10th February 2019; she had previously been considered a potential candidate.

Associated in American politics and having worked as a corporate lawyer, Klobuchar and her husband’s net worth is estimated to be around $2 million according to Forbes reports. Ever since entered in politics in 2006, they have donated about $70000 to charity which is approximately 2% of their earnings.