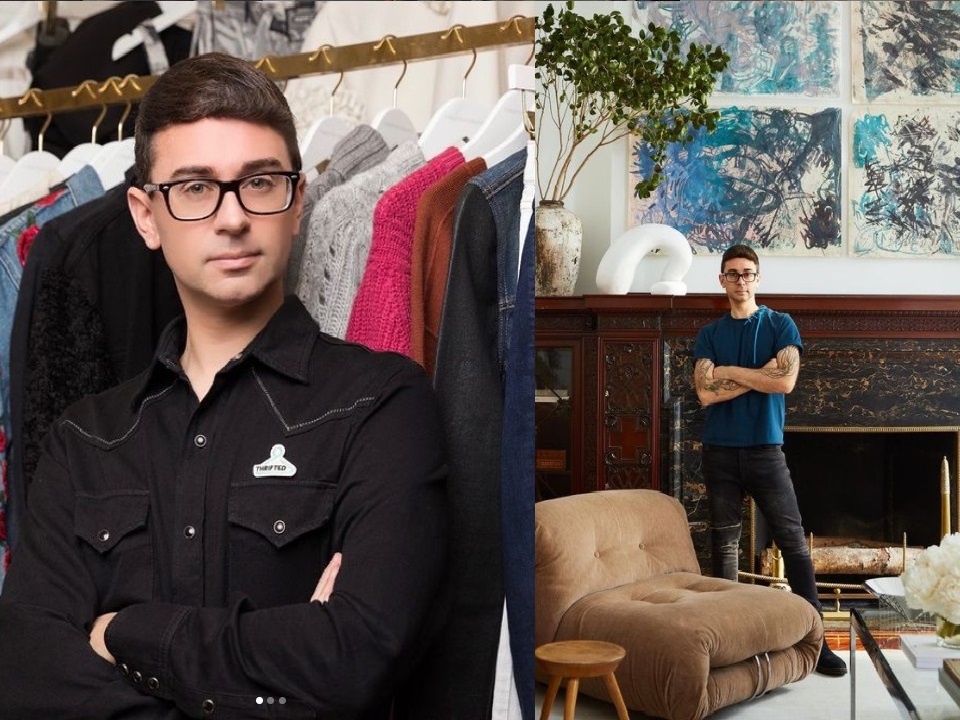 Without a doubt, Christian Siriano is one of the most popular fashion designers in pop culture. He has been designing and working with almost all the popular celebrities. At the moment of writing this post, he has his own fashion line, fragrance line, interior design franchisee, and more.

He rose to fame with the Project Runway back in 2008. He was the winner of Project Runway Season 4. Siriano was also one of the youngest contestants to win the Project Runway. Since then, he has taken his career to the top. And, nowadays, most celebrities want to wear a dress designed by him.

In this post, we will be sharing some important information about Christian Siriano like his early life, net worth, personal life, etc. So, if you are curious about this Fashion Design guru, then you can keep reading the rest of the post.

It is reported that Christian Siriano has an estimated net worth of 8-10 million USD.

Christian Siriano is very popular among celebrities. He is always working with top celebrities. In addition, you will also find him launching new projects with various companies or brands. Even though his main profession revolves around designing iconic dresses for celebrities, he has other ventures as well. Besides, he won Season 4 of Project Runway in 2008. Where he received 100,000 USD to kick-start his own label.

After that, he started his fashion line named ‘Christian Siriano’ in 2008. Just within 2 years, it brought in more than 1.2 million USD of revenue. It was estimated that the brand will bring more than 5 million by 2012. So, you can see that he has accumulated a lot of wealth in the meantime.

Christian was born on November 18, 1985. He was born and raised in Annapolis, Maryland, USA. He is of Italian and German descent. Siriano has one elder sister named Shannon. She is the founder of Rebelle Con and a community builder.

According to his birth date, he is 35 years of age and his sun sign is Scorpio. Initially, he was admitted to Broadneck Senior High School. But after 1 year, he was transferred to Baltimore School for the Arts. That time, he chose ‘Fashion Design’ as his course.

His parents always supported pursuing creative fields for both Siriano and his sister. At a younger age, he even studied ‘Ballet’. Since then, he was attracted to costumes. And from his love of costume, his interest to become a fashion designer was born.

Interestingly, he began designing clothes at the age of 13. At that time, he was working as a styling assistant and hair washer at Bubbles Salon in his hometown. Firstly, he wanted to study at the Fashion Institute of Technology. But he got rejected.

Later, he went to London, England to study at American InterContinental University. By seeing his talent and passion for fashion, one of his teachers suggested him to intern at Vivienne Westwood. After that, he also interned at Alexander McQueen. As per Siriano, Alexander McQueen is his favorite designer. After graduating from college, he moved to New York City.

Christian is mainly known as a top-class fashion designer. But he has more accolades on his collection. As a matter of fact, he is also an actor, producer, and author. His fashion designing career took off with being the winner of Project Runway Season 4. He won 3 challenges on Project Runway, which was the most of any competitors that season.

After winning the show, he launched his own fashion line named ‘Christian Siriano’ in 2008. As of 2010, his line brought about 1.2 million USD of revenue. Later, he launched his new flagship store at the Elizabeth Street in Manhattan. In 2014, he launched his fragrance line as well. The name of the first fragrance was ‘Silhouette’. And, later in 2018, he released his 2nd fragrance named ‘Silhouette in Bloom’.

He is still connected to Project Runway. As a matter of fact, he has been a mentor in Season 17 of Project Runway. Right now, he has also started his own interior designing franchise. Siriano mainly designs luxury womenswear. As of now, he has collaborated with lots of popular celebrities.

These are just a few names that Siriano worked with. He has a large portfolio. You know most of Christian’s designed products are not that affordable. Also, they are very exclusive that only the celebrities can get them. And, Christian knows that very well.

Because of that he also designs affordable handbags and shoes for Payless ShoeSource seasonally. That way, anybody can get to wear products designed by Christian Siriano. He also has a lot of partnerships with many other brands and celebrities.

Some of the most notable partnerships are with Victoria’s Secret, Puma, Best Buy, Disney, E.L.F Cosmetics, HSN, Spiegel, Starbucks, and more. All in all, you can see that he has already become a legend in the ‘Fashion Design’ industry.

At the moment, Siriano is living in the Chelsea neighborhood of Manhattan. He is openly gay. Popular singer-songwriter, and mixer Brad Walsh his boyfriend. As a matter of fact, both of them were engaged back on July 28, 2013. Later on July 09, 2016, they got married as well. But after a couple of years, Brad confirmed that they had separated on June 25, 2018.

Last year, when the COVID-19 pandemic hit, Christian started to manufacture masks for the healthcare professionals. It is known that Christian has tattoos of an octopus and a squid on his right arm. He was also inducted into the CFDA (Council of Fashion Designers of America).

Siriano is very active on social media platforms. If you want to get updated about his day to day life on a regular basis, then you should follow him on Instagram. His Instagram account has over 1.6 million followers. You can also find more about him and his projects on his own official website. Interestingly, he also sells some of his products via the website. So, if you are interested in buying a Siriano product, you can try that route as well.

Christian Siriano has an iconic career as a fashion designer. Right now, he is exploring new areas and industries as well. You will find him designing fantasy evening gowns and cocktail dresses the most. When it comes to gowns, there is no one better than Siriano.

You have already seen that he has designed dresses for many top celebrities and still doing it. Next time, you see a great-looking dress your favorite celebrity rocking could be designed by Christian Siriano. We hope you have found new and fresh information about Christian in this article.

As always, if you want to know more about your favorite celebrity, then you can let us know in the comments below!