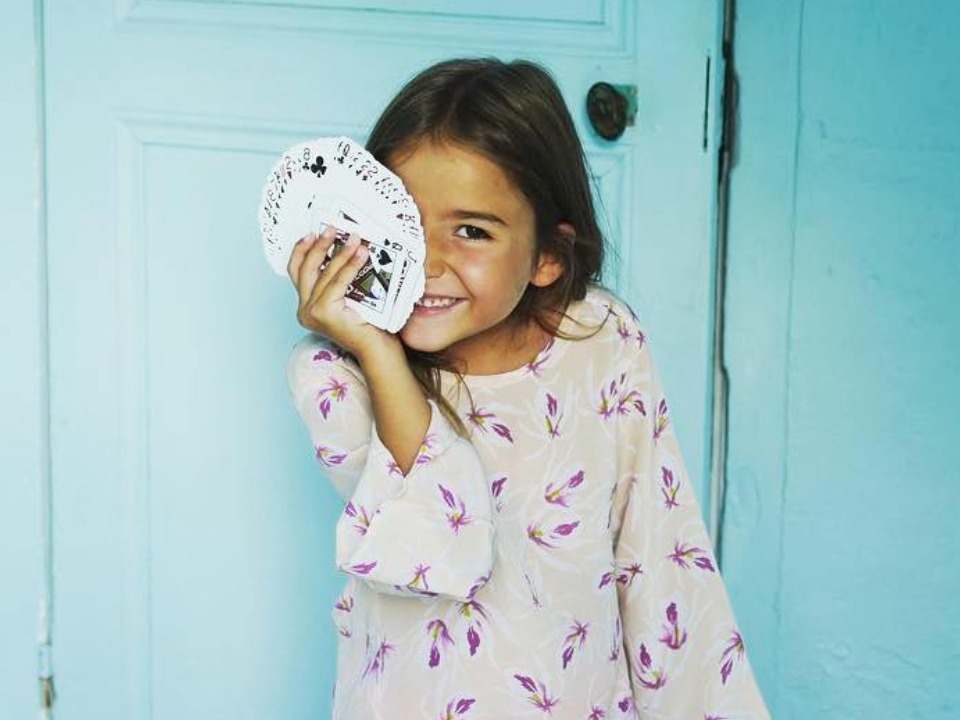 Dessa Blaine was born on 27th January, 2011 in New York, United States. She is the daughter of David Blaine an American magician and illusionist and Alizee Guinochet a French actress who is known for Holy Rollers and Rock n Roll.

David her father being a very popular performer of street and close up magic is also known for his stunts like living in a glass box for days. David has performed many successful shows all over the world. He showed his liking towards magic at the age of four when he saw a magician performing live. David used to practice magic with the tarot cards given to him by his gypsy grandmother. His neighbour’s reaction towards his magic tricks motivated him to pursue magic as his career. He also went to a drama school. And soon he became one of the world’s famous magicians. He also was awarded Magician of the Year. He has also done a good number of shows for charity.

Dessa’s mother Alizee worked as a model in many well known modelling agencies such as Next Model Management, Fashion Model Management, NB People, MD Management and Chic Management. She was a part of advertisements as well. The advertisements include Yellowbox Footwear, Ramp walk in the fashion show Ready to wear Fall/Winter 2004 for Rolf, Victor and Gaspard. She was also a part of the movie Holly Rollers and Rock n Roll. Alizee has her own jewellery line called AND Paris, which is growing fast and is being endorsed by celebrities.

The nine year old intelligent little girl is showing her talent with her dad the famous magician and famous for his street performances David Blaine. Even though Dessa is separated from her father due to the horrifying corona virus pandemic and is in France, where borders are closed to mitigate the spread of the virus she did not stop herself in making her debut as an illusionist.

She performed a card trick for the first time on ABC where there are actors like Emily Blunt, John Krasinski, Bryan Cranston, Aaron Paul, Dave Chappelle the comedian, Michael Jordan and LeBron James. The little girl performs for Gisele Bundchen and James Corden.

David believes that his daughter has a knack for magic and is much better than him. He advices his little girl to do serious stuff and not crazy things like he does. He wants her to do her work to perfection and perform as a superb magician in future.