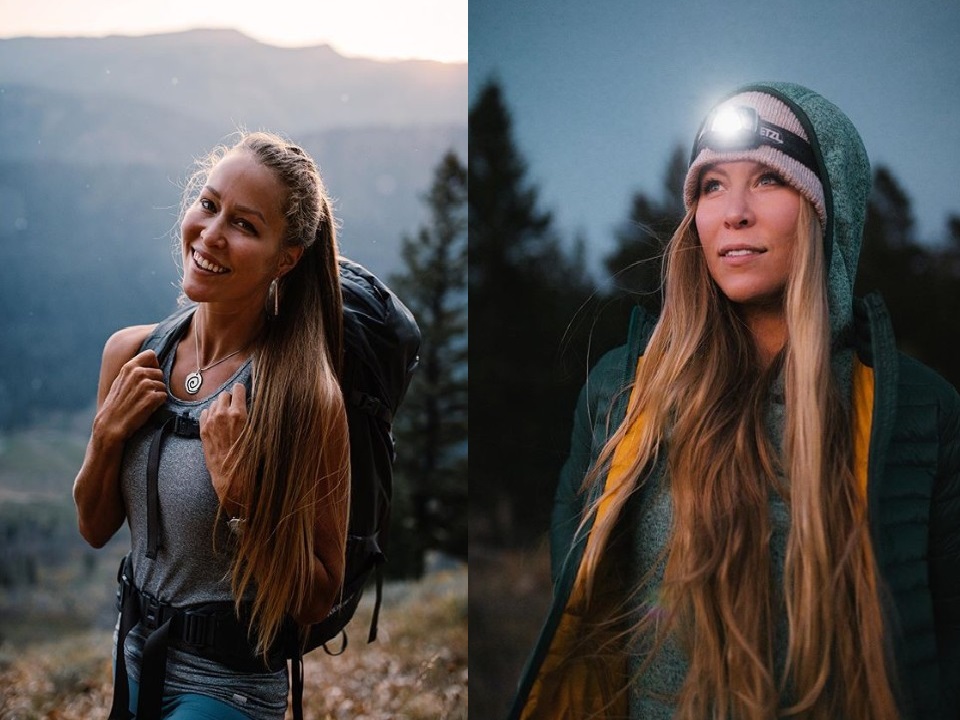 If you are a nature photography lover, then Elise Sterck would be a well-known name to you. Because she is one of the most popular nature and outdoor photographers on Instagram. You will find her photographs and stories in her Instagram account named ‘roundtheworldgirl’.

Although Elise specializes in travel and lifestyle photography, she also loves to shoot portraits or do commercial shooting. She is a nature lover and a multi-talented woman. Yes, she is not only a photographer but also a helicopter pilot, hiker, mountain climber, competitive sailor, and more. In this post, we will be sharing more about Elise Sterck.

So, if you are curious about this world traveler and breathtaking photographer, then you can keep reading the rest of the post…

Elise has a significant presence on Instagram. Since the beginning of her IG account, she used to upload photos of her adventure. Day by day, her follower count started to rise.

Initially, she was not earning much via her social media accounts. However, after her career took off, she caught the attention of various outdoor accessory brands from all over the world. Now, they sponsor her on many occasions.

In addition, she also collaborated with other outdoor enthusiasts social media influencers. She is also an affiliate partner with many brands. On the other hand, Elise is also a commercial photographer. So, you can book her for portrait shots, wedding ceremonies, and even commercial shooting.

With all of these, she earns a decent amount of money. However, Elise is very private. So, her actual net worth is not known yet. The moment we can uncover that we will update this post.

Elise Sterck was born on 19 July 1991 in Jackson, Wyoming, USA. According to her, she grew up in the mountains of Wyoming in an old dude ranch. Because of that she always had an interest in the outdoors. But her internet for outdooring sparked initially when she was around 9 years old.

That time, her mother and she went to travel to Hawaii. This was the first time when she saw something very different from the location she grew up. And, it ignited her interest in traveling more and more. From the beginning, her pursuit was to travel the world.

She attended high school in Wyoming. Later, she earned two degrees on ‘Geographic Information Systems’ and ‘Environment and Natural Resources’ from the University of Wyoming. She completed her graduation in 2013. Growing up in the mountains, her primary sport was ‘Alpine Ski Racing’.

By this time, you might have already known that Elise Sterck is an adventure lover. She is a multi-skilled person in real life. For instance, she is a commercial helicopter pilot, competitive sailor, mountain climber, hiker, overlander, and so on. However, most of these things she does as a hobby.

Professionally, she is a photographer. Usually, you will find her taking incredible shots of nature. At the same time, you will also find herself as the subject of the picture in a lot of amazing landscape or portrait shots of nature.

Along with that she also does commercial shoots and portraits. Plus, you will also find her covering weddings, engagements, and other events as a photographer. If you need such services, you can contact her on her website – elisesterck.com.

She has grown up at the heart of the mountains Thus, she was in love with nature and the outdoors since her childhood. While she was in high school and college, she used to go on camping and hiking trips occasionally. During that time, she had to take seasonal or temporary jobs in various locations to finance her trips.

She was also a coordinator of various organizations that fund different outdoor trips for students while she was in college. Also, she has taken the NEP (National Exchange Program) to attend school in Hawaii for a few years. That way she could visit different locations without spending much.

In the beginnings, she used to capture photos of the outdoors and would post in her social media account. However, it started to get traction after a few years. At the moment of writing this, Elise has over 270,000 followers in her Instagram account. She usually posts photos and videos of her traveling.

That means she is now one of the most credible outdoor photographers on Instagram. For that many brands have reached out to her. Some brands come for her photos. While others come to sponsor her to promote their products regarding outdoors and nature.

Utilizing her passion for the natural world and skill of photography, she is now funding her trips without any issues. Some of the top clients of her are Facebook, Adobe, Subaru, The North Face, Reef, Olympus, Visit Jordan, Backcountry, and more.

Elise is a very introverted individual. Also, she likes to keep her personal life private. She is fond of skiing, traveling new places, and take on new adventures around the world. All of you know about her passion for traveling and shooting some stunning photos. However, at the same time, she is also very vocal about protecting the environment and nature.

She likes to travel alone as she is introverted. However, from time to time, she travels with other outdoor enthusiasts. She doesn’t like to stay in one place as she likes to take new photos frequently. As a result, she is living in her van at the moment while traveling to various parts of the USA.

In some recent photos of her Instagram, she is seen with another gentleman. Chances are, he is the current boyfriend of Elise Sterck. But unfortunately, we don’t know that, for sure. Also, we don’t know any valid information about her partner. It is understandable that Elise wants to keep such things private. And, we will respect that.

Personally, her top 3 favorite places she traveled are Iceland, Tenerife, and the Canadian Rockies. She said she loves the landscape of Iceland. Also, as there are very few people in that country, she can enjoy an intimate experience with the place.

Also, she would like to go to the South Island of New Zealand. She grew the interest of visiting that place after watching the ‘Lord of the Rings’ movies. Chances are, she would travel there very soon. She started to take traveling the world seriously after she has graduated from college. Since then, she would go on trips to various locations in the USA occasionally.

If you love nature and the outdoor, then you should check out Elise’s Instagram account. Her IG account is named ’roundtheworldgirl’. You will find a lot of spectacular photos and videos of the world in her account.

Also, if you are in need of travel, adventure, or wedding photographer, you could contact her. She is a down to earth person with great talent. Her hard work and passion for nature have taken her to a new step in her life. Elise would definitely inspire you to explore the world.

As always, you can let us know your thoughts and opinions in the comment section below!