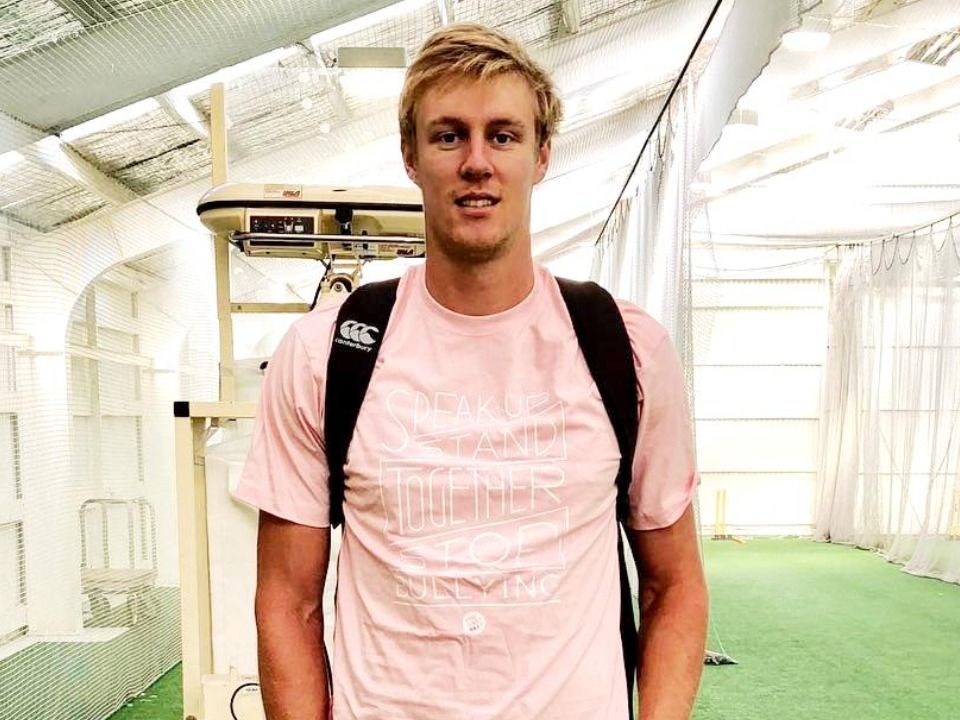 Kyle Jamieson was born in Auckland, New Zealand on 30th December, 1994 and is a cricketer by profession. His father is Michael who was a premier batsman for Papatoetoe and he must be a proud because of his son’s achievements. He has a sister named Brittany Jamieson. Kyle was a part of New Zealand’s team for the ICC under 19 Cricket World Cup in 2014. He attended the Auckland Grammar School after which he did his Bachelor of Commerce through Lincoln University, Canterbury, New Zealand.

On 4th December, 2016 he made his debut for Canterbury in Super Smash 2016-2017. After his wonderful performance he was awarded a contract for the 2018-2019 season with Canterbury. His journey as a fantastic bowler continued and he kept showing good results in all his matches. Kyle took the best figures by a bowler in T20 match held in New Zealand and then the third best figures when he took six wickets for seven runs from his four overs. He was then considered as the leading wicket taker. Looking at his outstanding performance he was selected to play for the New Zealand’s Test Team against Australia but unfortunately did not play.

In his earlier start of cricket he started as a batsman till he met the New Zealand coach Dayle Hadlee who asked him to focus on bowling. He started doing pretty well at bowling. After his impressive innings where he picked up four wickets against India Kyle still feels he has better scope for improvement in the speed department.

Kyle is a cricketer by profession and he is playing good cricket for his country. He is an outstanding bowler and also can bat as well if required. His net worth at the age of 25 years is estimated to be approximately $3 to 5 million and it would be increased in future because of pure skills.