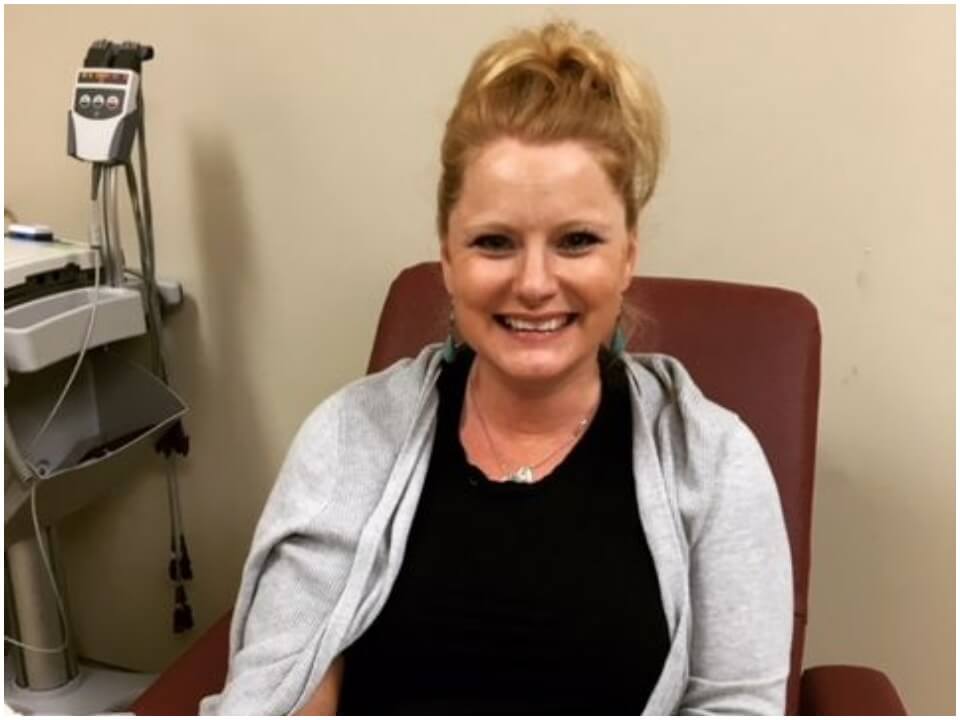 Lacey Adams is an Indiana native. In her early teens she was a pale blonde who enjoyed stretching out under the hot sun to get a good tan. She also started using indoor tanning beds on a regular at an early age of 14 years. Little did she not know that this was the biggest contributor to skin cancer.

She is the wife of Jerome Adams, an American anesthesiologist and vice admiral of the U.S. Public Health Service Commissioned Corps who is appointed as the 20th Surgeon General of the United States. Lacey’s parents are Ked and Shelly Ringger. They have three children two boys and a daughter. The boys are Caden and Eli and the daughter is Millie who plays soccer and enjoys acting. They have a very close knit family and love to spend time together. They also have a dog named Bella.

Lacey husband is Jerome Adams who is currently appointed to the task force for dealing with the COVID-19 pandemic. He is an American anaesthesiologist and vice admiral of the U.S. Public Health Service Commissioned Corps who is currently serving as the 20th Surgeon General of the United States. His entire family including his parents Richard and Edrena Adams and his in-laws, his wife and children were all present when he was sworn in as the Surgeon General. Before he was appointed as Surgeon General he served as the Indiana State Health Commissioner.

Lacey was diagnosed with cancer twice and she blames her teenage years spent in tanning beds and lying out in the sun to be the biggest cause of her skin cancer. She was first diagnosed in the year 2009 after she notice an unusual mole on her thigh. It was detected at an early stage and was removed by a surgery and had check-ups done on a regular basis to see to it that it does not return. After her husband was named Surgeon General they relocated to Washington, D.C. and she was involved in helping her husband with his career and taking care of her growing up children.

During this time she noticed lumps along her groin but did not pay attention to them for several months. But later she mentioned it to her friend who was also a doctor and her friend got after her to get a check-up done. When she realized the cancer had progressed to Stage 3. In 2018 she had a second surgery done and got 12 cancerous lymph nodes removed and was put through immunotherapy treatments for several months. A lady with strong will power and determination to live she fought through her illness all with the support of her lovely family and her husband as her strongest support.