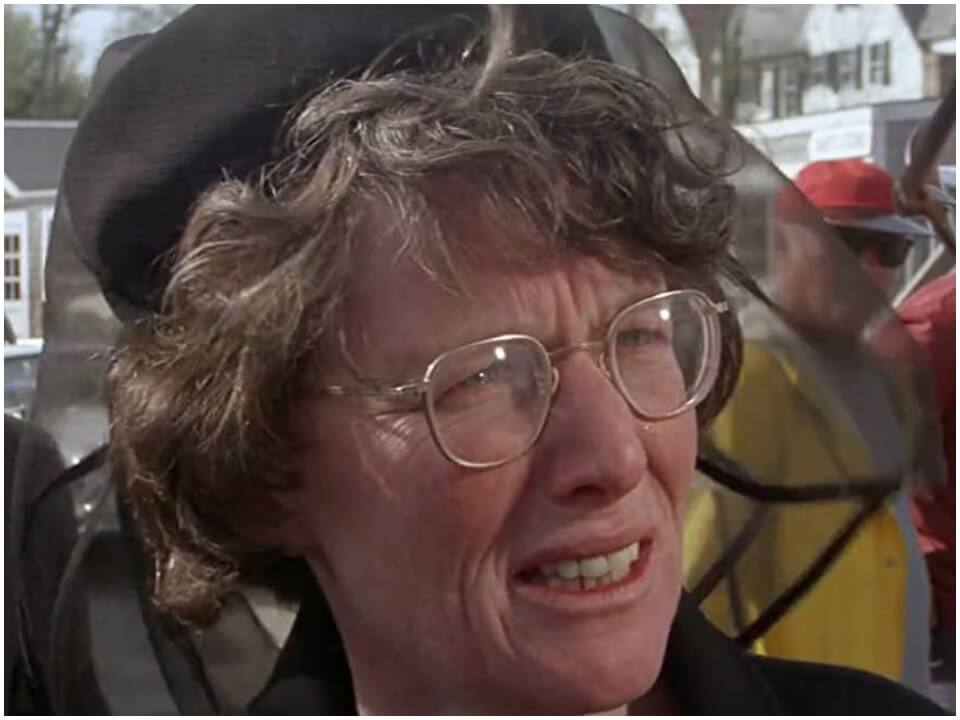 American veteran actress Lee Fierro died at the age of 91 on 5th April, 2020. She was born on 13th February, 1929 in USA and from her elementary school; she was into acting by participating in various school plays. Later in 1946, she seriously aspired to make her career in acting thus enrolled under supervision of Andre Jilinsky, a teacher at Moscow Art Theater. Apart from this, there is no dedicated wikipedia page or article available regarding her family and other members so as soon as we get any updates then this story would be developed.

Fierro dedicated practically her entire life to the community theater on the island of Martha’s Vineyard, a location which was used for the filming of the movie Jaws (1975), by Steven Spielberg. Her earlier appearances came in several American comedy television series such as “The Colgate Comedy Hour” in NBC and “Man Against Crime with Ralph Bellamy” for CBS channel.

In the film, she played the role of Mrs. Kintner, the grieving mother of young Alex Kintner (Jeffrey Voorhees), the second victim of the white shark. It had a memorable scene taking place on the day of the young man’s funeral in which the Woman slapped local police chief Martin Brody (Roy Schneider) for failing to put up the necessary safety measures on the beach in the face of the shark threat. The actress returned to play the same role in “Jaws: Revenge” (1987), the fourth installment in the saga.

Same as most of the veterans and legendary people in the country, Lee was suffering from coronavirus and complications from it, took her life. He is Her death was announced in a dedicated “Jaws” blog and one of her friend, Donna Honig told the website,

“Very sad to report that our dear friend from early Island Theatre Workshop days on the Vineyard, the amazing Lee Fierro, has passed away from COVID-19 at an assisted living facility where she had been living near her family in recent years. Condolences to all of us who knew her.”

Lee dedicated more than 5 decades in acting and embarrassed lots of love from people especially in the community theater. Her net worth is estimated around $1 million although it’s still not confirmed by the reliable sources.