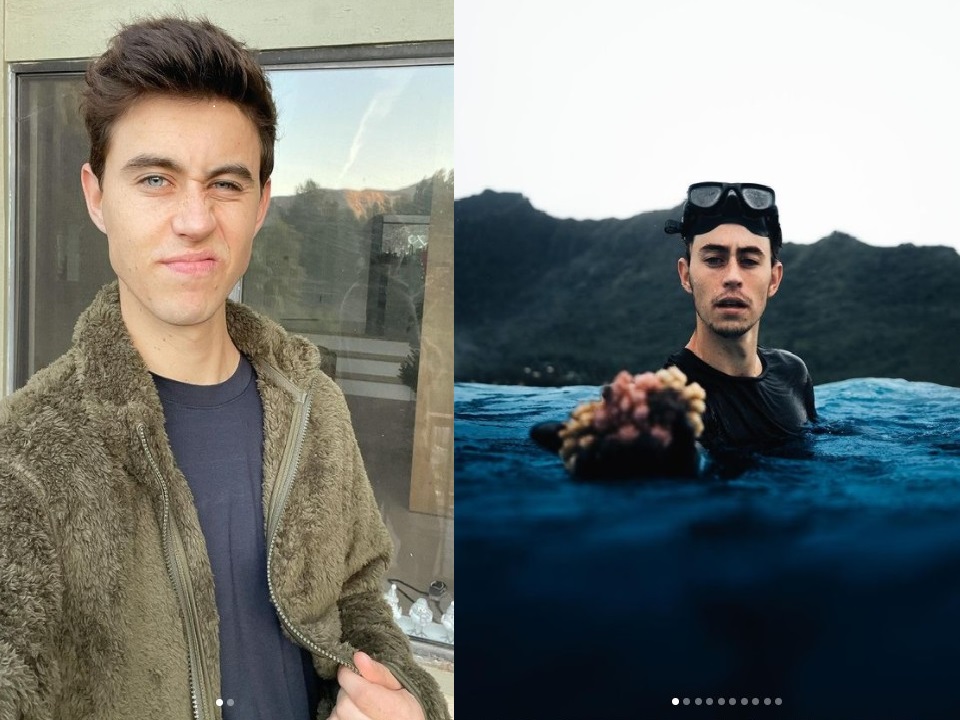 If you used to use Vine back in the days, you should be familiar with Nash Grier. Thanks to Vine, he has become a popular internet celebrity all over the world. He was usually known for his comedy sketches in Vine. But now Vine is not active anymore. Later, Nash has brought his videos on other social media and video-sharing sites, increasing his net worth.

At one point, Nash was the 2nd most-followed user on Vine. But what he is up to these days? What is Nash Grier’s net worth? Or who is he dating? You will find out the answers to all of these questions in this post. If you are a fan of Nash, you should keep reading the rest of the post to know more about him and his life.

Without further ado, let’s get to it…

Many people want to know the net worth of Nash Grier. Nash has had a very celebrated career. First off, he was a Vine celebrity. Later, he becomes famous on other video sharing and social media platforms as well. Because of his popularity on these media platforms, many top brands sponsor him.

He would usually get offers between 25,000 to 100,000 USD per product to advertise on Vine. Still to this day, he is getting lots of sponsorship deals. At the same time, he is also seen directing and appearing in several music videos and movies. Overall, it is reported that Nash Grier has an estimated net worth of 3 million USD.

He is known as Nash Grier. However, his birth name is Hamilton Nash Grier. He was born on December 28, 1997. That means he is a Capricorn.

He has two brothers and one half-sister. He would usually be in his Vine videos with his sister and brother. His elder brother’s name is Will Grier. He is a football quarterback who plays for Carolina Panthers. And his younger brother’s name is Hayes Grier.

Hayes used to be on many of his Vine videos. In fact, Hayes, himself, was a famous Vine user. His younger half-sister’s name is Skylynn.

Nash began releasing videos since the beginning of Vine in 2013. After one of his videos garnered thousands of views, his channel started to gain popularity. After his initial success, he joined a group called ‘Magcon’.

Many top Vine users also participated in that group. Some of the notable members of that group were Shawn Mendes, Cameron Dallas, Matthew Espinosa, Taylor Caniff, Carter Reynolds, Jack & Jack, and more.

Interestingly, Nash Grier’s brother Hayes Grier was also a member of that group.

After a year, the group broke up in 2014 because of disagreements between their managers about time management and schedule conflict. Then Nash and Cameron Dallas moved to Los Angeles in pursuit of improving their career. Later, he has released several mobile apps and games as well.

After a while, he partnered with Aéropostale to launch a new clothing line named ‘UnitedXXVI’. Nash, Hayes, and Dallas would design those dresses.

He also had a secondary Vine account named ‘Nash Grier 2’, where he acquired 2.4 million followers. At the moment, he has the highest number of followers on Instagram. He has amassed over 10.8 million followers on his Instagram profile. You will find him sharing all about his life on his social media accounts.

Nash Grier also had his share of controversies. Back in 2013, he said, ‘Yes, it is! Fag!’ in a Vine. His comment was in response to an OraQuick advertisement of oral HIV testing. However, he deleted the video later.

Once again, back in 2014, the video resurfaced online. And many people started to protest against Nash.

As a matter of fact, he started to lose many fans and followers all over the world at that time. After the backlash, Nash Grier twitted an apology saying; he was young, ignorant, stupid, and in a bad place. Also, he had learned from his mistakes.

Nash Grier has been dating Taylor Giavasis since 2015. Later they got engaged as well. Back in 2019, Nash and Taylor announced that they have a baby boy. His son’s name is Malakai. You will find his videos and photos on Nash and Taylor’s social media profiles.

For the last few years, Nash has been active in various charity works. At the same time, he is also active in protecting the environment and nature. You will find him sharing many posts on his social media accounts related to environmental protection.

According to him, he would edit his videos while he was still on Vine. And many of his videos were captured by his mother. He is very competitive and a perfectionist. So, there are times when he spends days editing a video perfectly.

Nash Grier is now a stay-at-home dad. He has been enjoying his time with his girlfriend and son. They tend to go on various trips from time to time. And he posts their photos and videos on their social media accounts regularly.

So if you want to get recent updates on Nash Grier’s life, you can follow his social media accounts. Nash is also participating in various charity work for the last several years. You will also find him appearing on a few music videos of his friends.

We hope you have learned a lot of new information about Nash Grier from this post. If you want to know more about any of your favorite celebrities in this manner, you can let us know in the comment section. And, don’t forget to share this post with others.