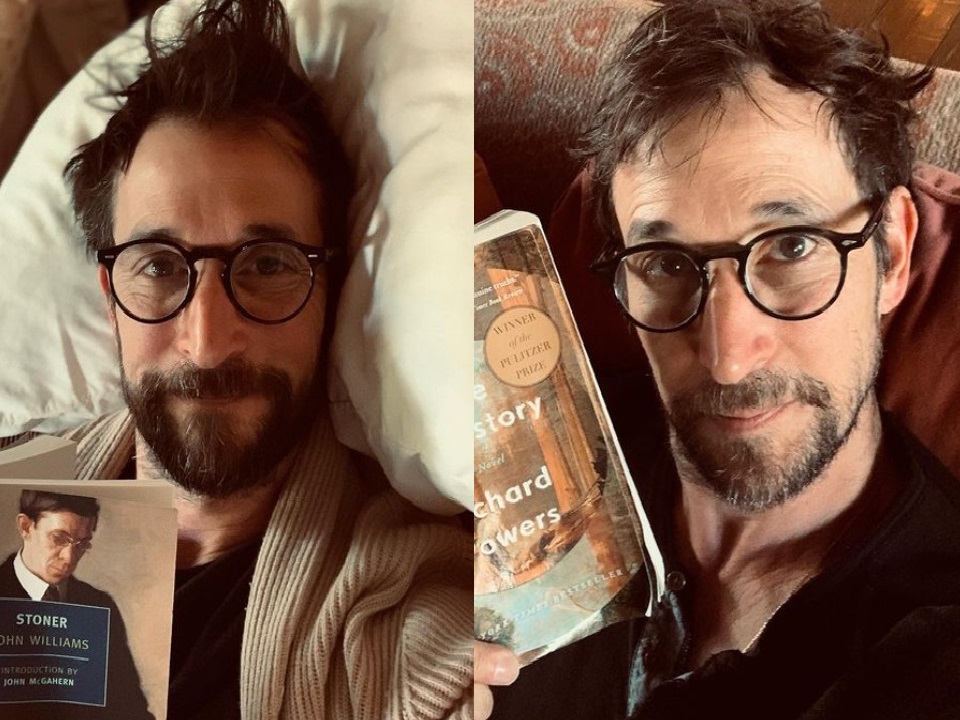 Have you watched ER, or Falling Skies, or A Few Good Men? Then you must be familiar with Noah Wyle. This post will talk about this fan-favorite actor from Hollywood, Noah Wyle’s net worth, early life, and much more.

Noah Wyle has got his break with the hugely popular TV Show ER. Since then, he has appeared in a ton of other projects. At the moment, he has established himself as one of the most popular actors in Hollywood.

Even though he is known as John Carter from the famous TV series ER, Noah has more similar successful projects under his belt. Despite being so popular, not so much is known about him. However, we will try to share some uncovered information about Noah Wyle in this post.

So, let’s get to the point…

Noah Wyle has been in the industry since 1984. He has acted, directed, produced, and even written many projects. As a matter of fact, when he was acting on ER, he was earning 9 million USD per year from that show alone.

As per Guinness World Records 50th Anniversary Edition, he was the world’s highest-paid TV drama actor per episode between 2003 and 2004. At that time, he was earning about 400,000 USD per episode. So, when it comes to TV series, he is one of the highest-paid actors of his time. With all these projects, it is estimated that Noah Wyle’s current net worth is about 25 million USD.

Noah was born on June 4, 1971. In that sense, he is 49 years of age, and his sun sign is Gemini. Interestingly, this Hollywood actor was born in Hollywood, California, USA. His birth name is Noah Strausser Speer Wyle. His mother, Marjorie, was a registered orthopedic head nurse.

And his father, Stephen Wyle, was an electrical engineer. However, his parents got divorced later in the 1970s. His stepfather is James C. Katz, who was a film restorationist. At that time, James C. Katz had 3 children of his own from the previous marriage.

Noah studied at The Thatcher School, located in Ojai, California. From there, he graduated back in 1989. Later, he got admitted to the Northwestern University, where he took part in a Theater Arts program. Since then, he used to participate in various school plays.

His grandfather also founded the Wyle Laboratories. And his grandmother was also an expressionist painter. Noah’s father was Jewish of Russian descent. On the other hand, his mother was Episcopalian. As a result, he grew up ‘fairly none denominationally’.

Noah Wyle has a very long acting career. At first, he was in the ‘Lust in the Dust’ as the ‘Young Man’. Yes, on his first project, he was uncredited. However, after that, he appeared on a couple of episodes in the ‘Blind Faith’ mini TV series.

His first box office hit film was the ‘A Few Good Men’ as Cpl. Jeffrey Barnes in 1992. But his career-changing role as John Carter in the TV series ER. This show began back in 1994. And it ran till 2009. However, he left the series after the 11th season of the show.

He wanted to spend time with his family and make a path for the upcoming generation. As a result, he left the show after more than a decade.

However, he came back as a guest star a few more episodes later. For instance, in the final seasons, Noah appeared in 5 episodes. Yes, he was also on the final episode of ER.

In total, he appeared in 254 episodes of ER, which makes him the actor who appeared the most in ER. Due to his incredible performance on this show, he was nominated for Emmy Award 5 times. He was also nominated for Golden Globe and Screen Actors Guild Award multiple times for ER.

He also appeared in the critically acclaimed show ‘Pirates of Silicon Valley’ in 1999. Noah got the role of Steve Jobs, the founder of Apple, Inc., in that show.

Surprisingly, Steve Jobs actually liked his performance a lot. In fact, Steve Jobs invited Noah to give a speech as Steve Jobs himself during the Apple convention back in that year.

Noah has also appeared in many stage acts. For instance, he played the role of painter Salvador Dali in Lobster Alice opposite Nicholas Brendon. He also won the NAACP Theater Award for his work in the production of Michael John LaChiusa’s The Wild Party.

Recently, he announced that he would be a part of the reboot series Leverage: Redemption on April 22, 2020. As a matter of fact, he will be directing 2 episodes of that show as well. The show would be released in 2021.

However, due to the COVID pandemic, it is getting delayed. Shortly, he would appear in the film ‘A Dolphin in Our Lake’ as ‘Tom Beaumont’. The film is in pre-production right now.

Some TV Series of Noah Wyle

Some Films of Noah Wyle

Noah Wyle is very secretive about his private life these days. He was married to Tracy Warbin, who was a make-up artist. Both of them got married back in 2000. And they have got a son and daughter together.

Their son Owen Strausser Speer Wyle was born in November 9, 2002. And their daughter Auden Wyle was born on October 15, 2005. Unfortunately, Noah and Tracy separated back in 2009. And, finally, in 2010, they got divorced.

After the divorce, Noah married Sara Wells back in 2014 in California. They first met during a production at the Blank Theater Company in 20111. They are still together, and they have a daughter as well. Her name is Frances Harper Wyle, who was born on June 22, 2015

Noah has a brother and a sister. His brother’s name is Aron Wyle. He is also in the entertainment industry. His sister’s name is Alex Wyle. Noah and his sister loved to watch TV back in the day. However, his father didn’t want them to watch TV for a long time. As a result, he would hide the TV and said that they had no TV.

Fortunately, both Noah and his sister found the place where their father hid the TV. So, they would watch the TV while their father was out of the house. After that, they would cool down the TV using a hairdryer. In fact, sometimes, they used to listen to the sound of the TV from their neighbor’s house through the wall. This shows that he was very passionate about the entertainment industry.

Noah Wyle is still one of the favorite actors in Hollywood. Also, he still appears on various TV shows and films. Noah Wyle’s current net worth is about 25 million USD.

Of course, at the moment, he is actually spending most of his time with his family. You can get updates on his daily life from his Instagram account. Right now, he tends to post on Instagram from time to time.

You can see that Noah has a glamorous life. He is now very picky about choosing his new projects. In his free time, he likes to read books. You will find him sharing his book recommendation on his social media accounts regularly.

If you have liked this post, you can share this with others. Also, if you would like to know about any other celebrities, tell us about that in the comments below!