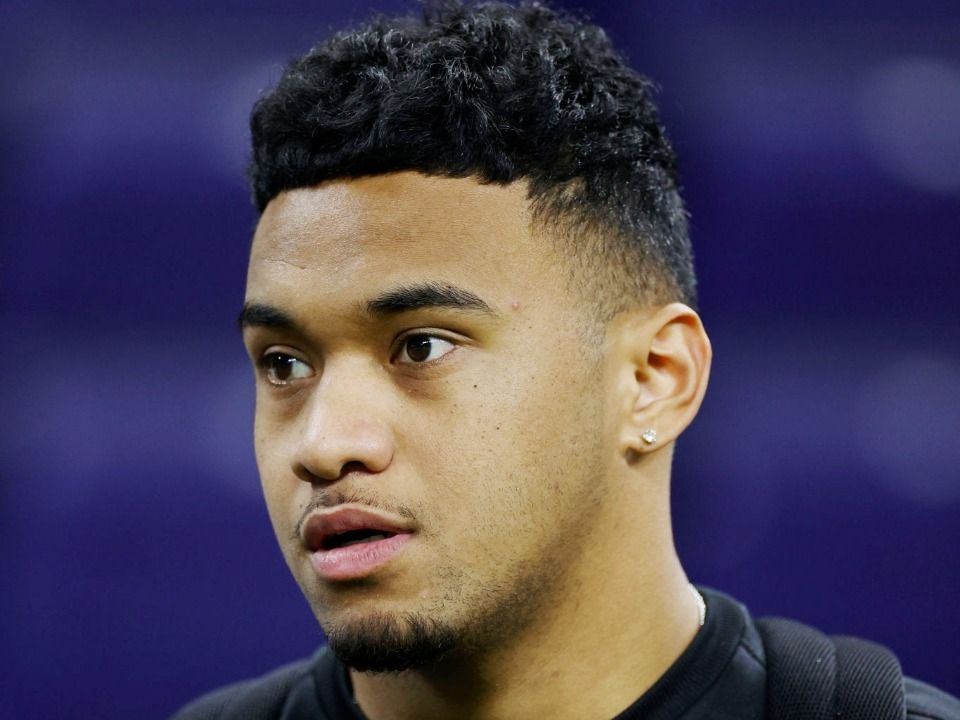 Tua Tagovailoa is an American born football player who drafted by Miami Dolphins at 5th place for quarterback in the National Football League. He has received several awards to his credit for his consistent performance during the game. Tua broke high school records with 8,158 passing yards and 43 touchdowns with 9,933 yards.

Tua was born in Ewa Beach, Hawaii on 2nd March, 1998 and belongs to a Samoan family. His father is Galu Tagovailoa and mother is Diane. He attended Saint Louis School, Honolulu, Hawaii and enrolled at Alabama College.
He is the oldest of four children in the family and had developed a keen interest in football at a very young age. It is known that he used to sleep with a football under his arm every night as a child. His father trained him from the age of two and forced him to play with his left hand and not the right. At the age of 8 he was able to throw passes more than 30 yards.

Tua moved from Hawaii because of his love for football. Throughout the 2017 season Tua was a backup to quarterback Jalen Hurts. Due to a lot of victories for the Crimson Tide he got more playing time and Tua was noticed as a once in a generation quarterback. He made his collegiate debut on 9th September against Fresno State in a home game at Bryant-Denny Stadium.

Before he signed on to Alabama he was offered positions by other famous teams as well like UCLA, LSU, Louisville, Arizon and Oregon State. He was a five star recruit for his team and should his value to the team through his outstanding performance. He has won several awards including Maxwell and Walter Camp Awards and also being named a Heisman trphy runner-up. Due to his dislocated hip injury he had to prematurely end his 2019 season because of the lengthy recovery.

Tua is a very famous footballer and also considered one of the best in NFL Draft 2020. He has earned a huge amount from his football career due to his versatility and a passionate gameplay. Tua is estimated to have around $5 million dollars.