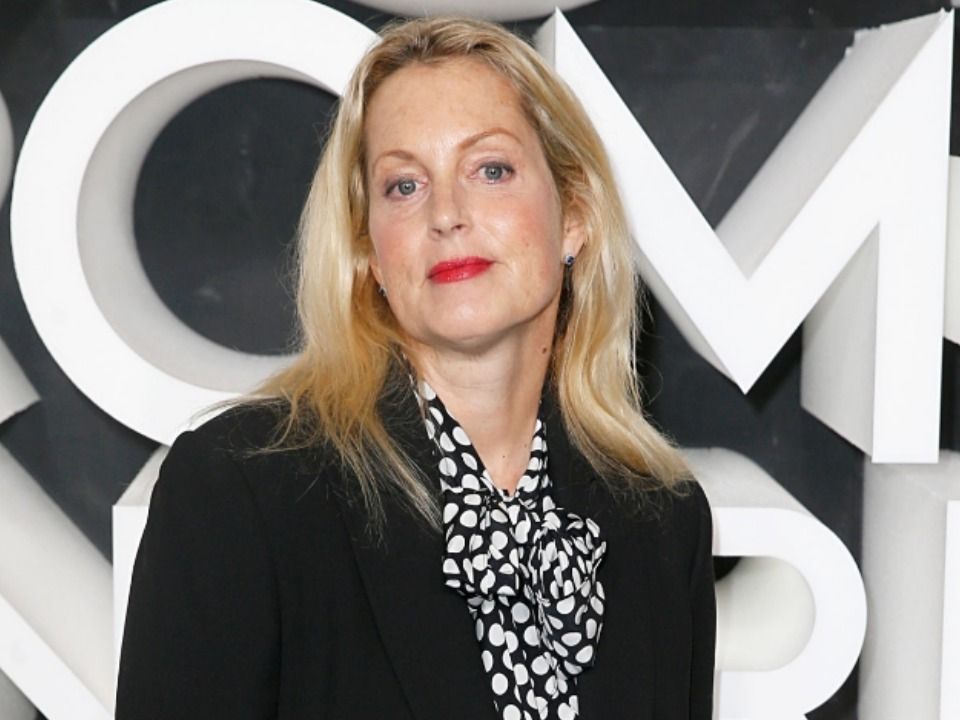 Ali Wentworth is all over the news and became talk of the town because she is suffering from Coronavirus. American actress, author and producer, she was born on 12th January, 1965 in Washington DC. Ali went to Dana High School for Girls in Wellesley in Massachusetts. After her schooling she went to Bard College in New York. She is best known as a comedian. She was born as Alexandra Elliott Wentworth in Washington DC, The USA. Her mother, Muffie Cabot worked as White House Social Secretary. Ali’s father was Eric Wentworth who worked as reporter for The Washington Post. Her stepfather, Henry Brandon was editor of The Sunday Times in London.

Ali Wentworth is a married woman and currently lives with her husband George Stephanopoulos. They first met on a blind date which was so convincing and they both found love of their life. Later, they engaged after two months and tied knot on 20th November, 2001 and are together since. They are parenting two daughters the elder is Elliott Anastasia Stephanopoulos (9th Sept. 2002) and Harper Andrea Stephanopoulos (2nd June, 2005).

Wentworth started her career as a cast member of Fox’s sketch comedy series In Living Color from 1992 to 1994. She was commended for making her impressions of Cher, Amy Fister, Hillary Clinton, Princess Diana, Brooke Shields and many others. Ali has also been appeared in famous shows like The Tonight Show with Jay Leno and The Oprah Winfrey Show. She was having a recurring role in Warner Bros. series called Felicity. She has also co-hosted a talk show back in 2003 Living It Up! With Ali and Jack with Jack Ford. She also made her appearances in several movies including Jerry Maguire, Office Space, It’s Complicated among others.

Ali has been an author too. Till now she has penned four books. They are The WASP Cookbook, Ali in Wonderland, Other Tall Tales and Go Ask Ali. She is a phenomenal person and a great comedian. She wishes that if them is able to manage more time then she would be glad writing more books.

Recently, on Thursday Ali took to Instagram to post breaking news that she is caught by the deadly Chinese virus Corona Virus and is home quarantine. It is very upsetting to know that our favorite actors and idols are getting affected from this. She accepted that she is in misery and is away from her family.

She also admitted that she feels very sad being away from her family and fans that she is not able to be in touch with anyone. Her husband, George shared it on twitter and gave an update about her health and stated she is filling “Achy joints is a big thing. It feels like a really, really horrible flu.” He said,

“It’s been a rough couple of days. She had the fever, had the symptoms, but she was feeling a little bit better yesterday afternoon. We are basically acting to the outside world as if we have it. We are staying inside the house. I am the only one who goes in and out. Someone had to take care of her. That’s me. So far I feel fine and I am not showing it.”

Now, George is also tested positive despite having no symptoms and furthermore he added that his health is completely fine. Tweeter handler for Good Morning America informed this news through a tweet,

@GStephanopoulos says he’s tested positive for COVID-19: “I’m one of those cases that are basically asymptomatic. I’ve never had a fever, never had chills, never had a headache, never had a cough, never had shortness of breath. I’m feeling great.”

Ali is into the industry over three decades and is a multitalented artist. She has an active source of income from her books she authored, as comedian, hosting, films, amongst others. Till now she is having a fortune of over $6 million on her name. She earns roughly $300,000 to $500,000 per annum.

On the other side, her husband is a famous news anchor and followed by millions. He makes more than $15 million annually from his salaries and his net worth crosses $40 million.