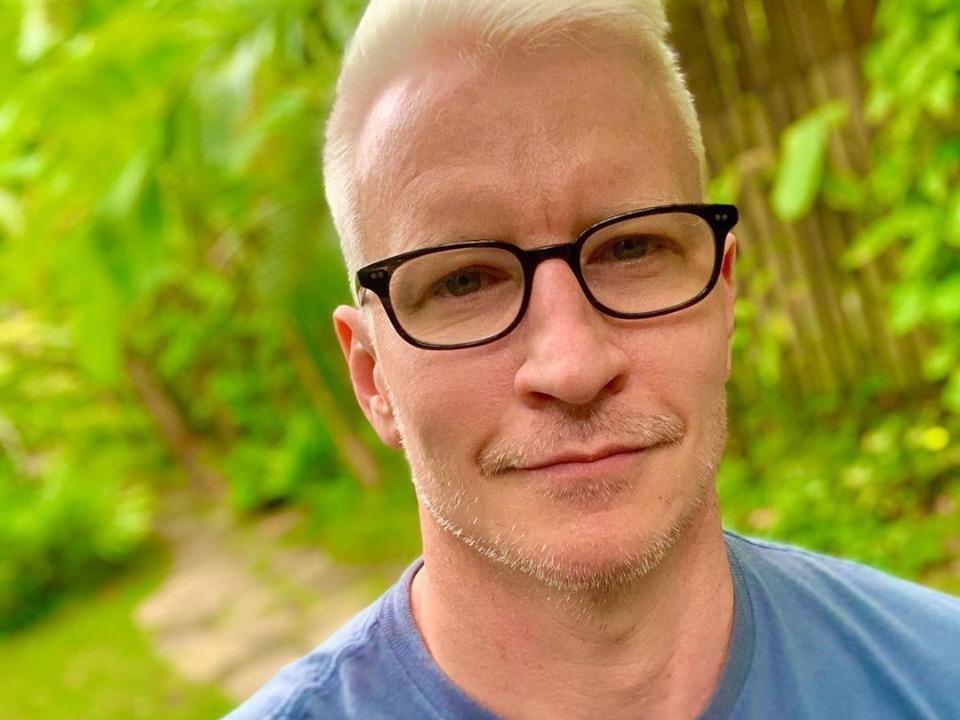 Anderson Hays Cooper was born on 3rd June, 1967. He is one of the famous American broadcast journalists. Anderson is the anchor of the show Anderson Cooper 360 on CNN News. He is also a correspondent for 60 Minutes.

Anderson belongs to Manhattan, New York City. His father is Wyatt Emory Cooper who was a writer while his mother is an artist, fashion designer, writer and heiress Gloria Vanderbilt. His family went through a tough time when his father suffered a series of heart attacks and died at the age of 50. Cooper finds himself connected to his father through his book Families which he feels tells him and guides him how he should be living. As a child cooper had mild dyslexia and lost his brother Carter Vanderbilt Cooper at a very young age of 23.

His mother wrote a book about her son’s death A Mother’s Story expressing her belief of the cause of the suicide. It was this incident that led Anderson to journalism. Cooper studied at a private co-educational university preparatory day school in New York City called Dalton School. After graduating from Dalton School he traveled for several months around Africa on a survival trip. He was affected by malaria and was hospitalized in Kenya. He was a student of the Yale University and was a part of the Manuscript Society, majoring in political science. In 1989 he graduated with a Bachelor of Arts.

Anderson began his career as a fact-checker for Channel One. He was bored with his day to day routine job and took a video camera with him to Southeast Asia. Due to this risky step that he took led him to chief international correspondent for Channel One.

He soon began to do wonders at his work and his reports attracted a lot of attention. He was hired by ABC News in 1995 as a correspondent and then a co-anchor of World News Now. Cooper hosted a Reality Show in 2000 called The Mole. But after the 2001 terrorist attack he was forced to return to the news and was taken by CNN as a correspondent and substitute anchor.

Anderson 360 was his own news show that was given to him by CNN in the year 2003. This helped Anderson to instant success because of his hard work and reporting on events like Boston Marathon Bombing, Hurricane Katrina, death of Pope John Paul II and many more. Cooper also did a daytime talk show in September, 2011. But this show was not a good success and was off the air in less than two years. He being one of the super talented journalists has won numerous honors over the years and has made a name for himself in the world of journalism.

Cooper the public personality is openly gay. He was in a relationship with Benjamin Maisani for a very long time. Together they also purchased Rye House a historic estate in Connecticut. Later in 2018 they separated. In April 2020 he announced that he was blessed with a son Wyatt Morgan by a surrogate and he and Benjamin together plan to co-parent the child even though they have split.

As on date Cooper has a net worth of over $ 110 million. He belonging to a family of millionaires and even he himself has made a huge name and fame for himself. He has earned his money through his profession.