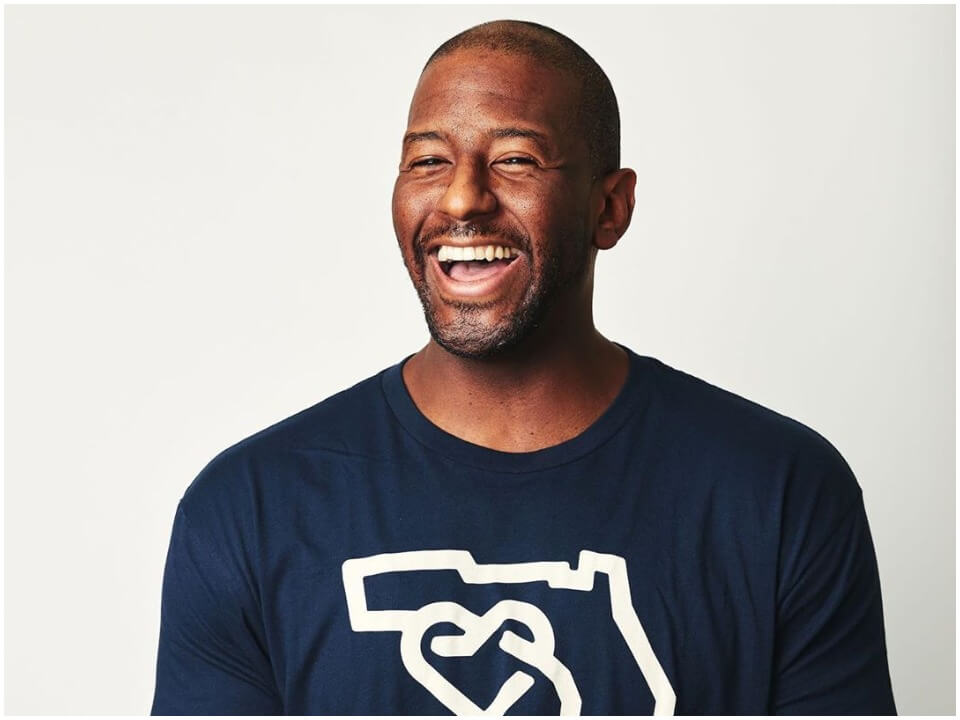 Andrew Gillum was born on 26th July 1979 in Miami and grew up with six siblings in simple circumstances. His father worked as a construction worker, his mother earned additional income as a bus driver. After attending high school, he was the first in his family to graduate from college and later moved to Tallahassee. He received a Bachelor of Arts degree from Florida Agricultural and Mechanical University. During college, he became involved in a number of student associations and became interested in politics.

Already in 2003 he successfully ran for the city ​​council from Tallahassee and was re-elected there several times. In local politics, he campaigned for youth work and social projects to promote youth. He played a key role in improving flood protection in 2013. Later in April 2013, he announced his candidacy as mayor of the city for the autumn 2014 elections, which he was able to win against several competitors.

He took up his new post as successor to John Marks on November 21, 2014. In the first months of his tenure, he launched various initiatives to improve local infrastructure and invested in new educational programs. For example, the range of student tutoring has been expanded. He also campaigned for a stricter gun law in his city as a mayor and increased the police presence on site. Later in 2018, he announced his nomination for Florida Democratic Party in gubernatorial election.

This decision was taken by him when he won the Democratic Party election despite having fewer financial resources than his competitors, benefited in particular from the strong mobilization of his supporters on the day of the primary. He was particularly enthusiastic about his election campaign among young people. Among others, the former presidential candidate and US Senator Bernie Sanders from Vermont spoke in favor of Gillum. His surprising success was discussed nationwide in the US media and was partly interpreted as further evidence of a shift to the left by the Democratic Party. In the course of the gubernatorial election in 2018, he waived a second candidacy as mayor, so that at the end of November 2018 he resigned from the office of head of town.

On 13th March 2020, Friday at early morning he was found in inebriated state and constantly vomiting with another man due to probably drug overdose. Local police department went to Mondrian Hotel in South Beach with two other men and also discovered methamphetamines. Although Andre refused for meth consumption and stated,

“I was in Miami last night for a wedding celebration when first responders were called to assist one of my friends. While I had too much to drink, I want to be clear that I have never used methamphetamines. I apologize to the people of Florida for the distraction this has caused our movement. I’m thankful to the incredible Miami Beach EMS team for their efforts. I will spend the next few weeks with my family and appreciate privacy during this time.”

During his tenure, he was considered as one of the rising Democrats who lost in a close race against Republican, Ron DeSantis. After that, her even hired by CNN as a political contributor for 2020 presidential election. His net worth is nearly around $500 thousands as of 2020.