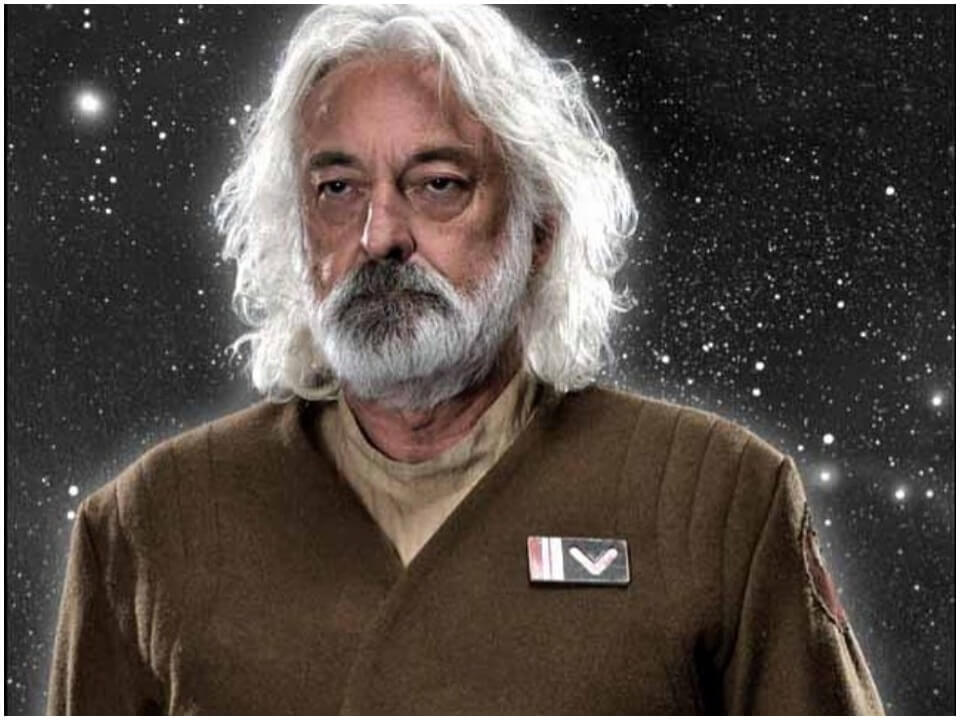 British actor and dialect coach who worked on Star Wars died at the age of 76 on 31st March, 2020. Andrew Jack was born on 28th January, 1944 in London, England who contributed with famous film actors and have performed in well-known movies. His wife, Gabrielle Rogers is also in the same profession and currently working as a voice artist, dialect coach, etc. His father, Stephen Jack was an actor whereas his mother Julia was a horticulturist. He loved living in houseboat at the banks of Thames River.

As a small boy, Andrew was very used to hearing his father’s voice coming from the radio in his sitting room. It was Andrew’s father who, perceiving early on that his son had talent for acting and an excellent ear. He persuaded him to use the name ‘Andrew Jack’ as he himself had adopted the surname of Jack. In 1959 training at the Arts Educational School began, including acting, ballet, tap and modern dance together with vocational work in various productions.

Andrew first worked with Robert Rietti who later had a considerable influence on the direction of Andrew’s professional career. He worked on various productions including Whack-O, Armchair Theatre and Saturday Night Theatre productions. His professional career encompassed hundreds of important projects with over eighty films, television, and theatre productions. He was a master of dozens of accents and dialects, and has worked with scores of the world’s most talented and popular actors.

Jack Andrew was one of the most dynamic person who has worked with over 80 motion pictures. He has worked with more than 200 well known celebrity actors. He was a dialect coach in the movies that includes; Lord of the Rings-Trilogy, Man in Black : International, Dolittle, Avengers Endgame, The Nightingale, Solo: A star wars story, Thor;Ragnarok, Love, Roise and many others.

He was also seen in many movies as an actor too. These movies are Star Wars film series where he portrays Resistance Major and then elevated to Caluan Ematt. In American movies Indiana Jones, The Last Crusade, Kate and Leopold. He has also worked with movies like Chaplin, Restoration, Sherlock Holmes, Golden Eye, Tomorrow Never Dies, Die Another Day among several others.

At present the world is bleeding heavily and facing economic crises including deaths of hundreds of thousands of people around because of the outbreak of COVID-19 / Corona Virus. The virus has already taken life of end number of people in Italy and England and USA and other parts of the world. The recent news came that the heir to the Throne, Prince Charles is also tested positive with COVID-19 and is in quarantine. However he is out of the quarantine now after sending a week being isolated.

The same virus took the life of Jack Andrew, 76. He took his last breathe at St. Peter’s Hospital in Chertsey. At the time of his demise he was not able to be with his wife as she was quarantined in Australia. When she learned about the incident she took to Instagram to inform the fans,

“It breaks my heart to let you know we lost a man today. HE died today. He was in no pain, and he slipped away peacefully knowing that his children, stepchildren, grandchildren, brother, friends and I were all ‘with’ him. Take care out there, lovers x’.

Working as a professional actor, dialect tutor and voice artist, he had received tremendous respect amongst all the dimensions of film industry. By working in more than 80 movies he has accumulated the new worth amounting over $5 million USD.