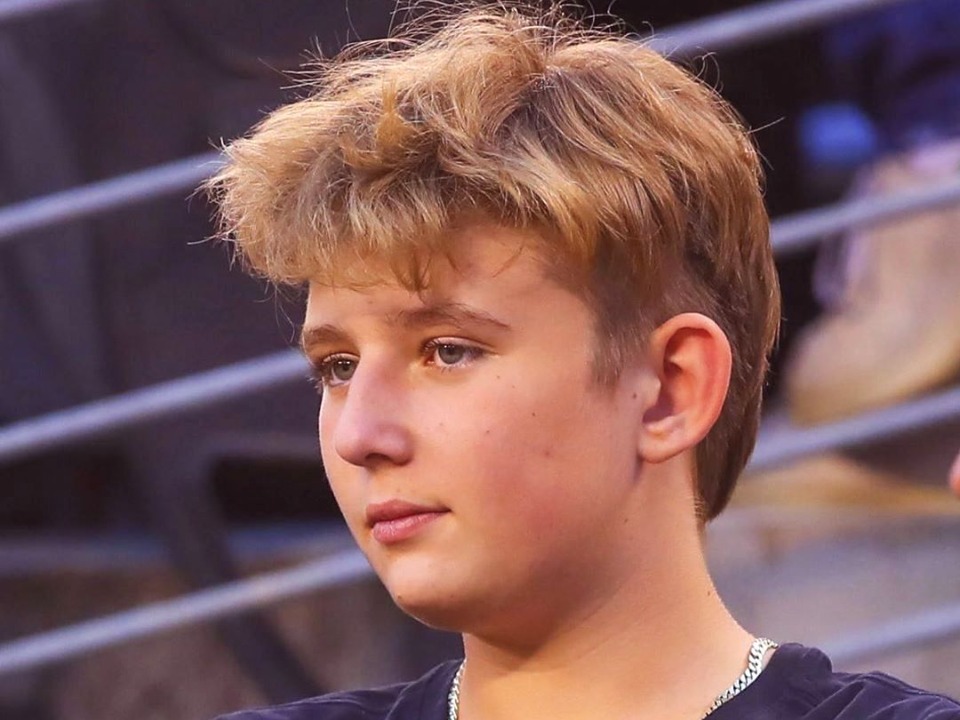 Barron Trump was born on 20th March, 2006 in New York City. He is the only child of former model Melania Trump and U.S. President and real estate mogul Donald Trump. Barron is the 5th and youngest child of Donald Trump. Despite other children of the first family, junior Trump attended St. Andrew’s in Potomac in Maryland.

Barron has grown up in the Trump Tower in New York City where he has been brought up in luxury. He has the entire floor to himself. Barron liked planes and helicopters when he was young and also liked to draw on the walls which his mother encouraged his imagination to grow. Barron has four half siblings from Trump’s marriage to Marla Maples. They are Don Jr., Ivanka, Eric and Tiffany. He also has six nephews Theodore James Kushner, Donald Trump III, Joseph Frederick Kushner, Tristan Milos Trump, Spencer Frederick Trump and Eric Luke Trump and three nieces Arabella Rose Kushner, Chloe Sophia Trump and Kai Madison.

Till the fifth grade, Barron studied at Columbia Grammer and Preparatory School in New York. He studies at the St. Andrew’s Episcopal School a prep school in Maryland. However for the rest of the Presidents’ children have studied have attended Sidwell Friends campuses having presence in Columbia and Maryland. On the other hand Little Trump is fond of sports which is also one of the reasons his admission was done in St. Andrew’s. He very much likes to play soccer. However it is immensely an introvert person. It may be because of a lot of pressure about people judging his each and every move and speech.

Life as the President’s son at the White House

Barron and his mother stayed at Trump Tower for almost five months of his father’s presidency only so that he could finish his studies at the Columbia Grammar and Preparatory School. On 11th June, 2017 he and his mother moved to the White House. He is the first boy to reside in the White House since the 60s and mostly likes to stay out of spotlight but there are also some occasions at which he has accompanied his parents. He does play golf along with his father.

Barron also was seen with his mother at the North Portico to receive the official Christmas tree from Wisconsin. He is called Little Donald by his mother because of his personality. He is a very independent boy and knows exactly what he wants. It is also tough for Barron to live a life surrounding by lots of media people and all eyes at him. There are speculations about him affected with autism spectrum.

Barron is still studying and he is yet to establish his name independently in the world. He is getting most of the attention and media coverage because of his father who is an entrepreneur and the President of USA Mr. Donald Trump. No personal net worth information could be disclosed about Barron but his father stand out with whooping $10 billion of wealth and fortune.