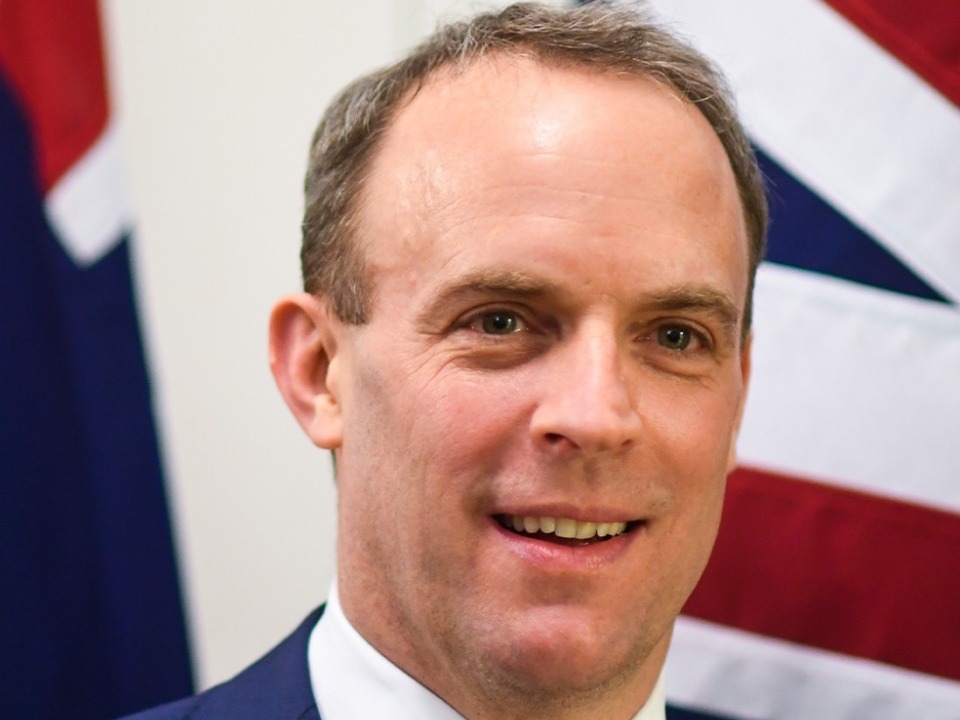 Dominic Raab is the most likely to replace Boris Johnson as PM in situation if Johnson couldn’t perform his duties due to Coronavirus. He was born on 25th February, 1974 in Buckinghamshire who is currently serving as First Secretary of State and Secretary of State for Foreign and Commonwealth Affairs. Raab is a member of Conservative Party, married to Erika Rey, Brazilian who recently worked for Google and they also have to children. He is the old son to Peter and Jean Raab, his father and mother. Peter was Jewish, came to Britain from Czechoslovakia in 1938 under Munich Agreement.

Raab was 12 when his father died of cancer. He worked at Marks and Spencer as a Food Manager and his mother worked as clothes buyer. He was brought up with English mother’s Faith in the Church of England. Raab had studied at Dr. Challoner’s Grammar School, Amersham. He then moved to study LAW at Lady Margaret Hall, Oxford and graduated with Bachelor of Arts. Raab he went to Jesus College, Cambridge for his further studies. He won the Clive Parry Prize for International Law at the college. Then he followed his Masters there.

After completing his educational course, he joined Linklaters in London in 1998. He worked for 2 years there handling project finance, international litigation and competition law. In 2000, he joined the Foreign Office and was an advisor for Arad-Israeli Conflict, the European Union and Gabraltar. He worked in Parliament as Chief of Staff from 2006 to 2010.

Later he was elected into the Parliament in 2010 elections to represent Esher and Walton from a Conservative Seat in Surrey where he managed to acquire 58.9% votes in his favour. After general elections in 2015 on 12th May Dominic was appointed as Parliament Under – Secretary of State at Ministry of Justice. After the resignation of David Davis in 2018, Raab was elevated to Secretary of State for Exiting the European Union.

Raab announced himself as candidate contending for Conservative Party Leadership Election on 25th May, 2019 after Theresa resigned. He lost to SajidJavid in second round of voting. He then endorsed Boris Johnson, who won the elections. On July 24, 2019 Boris returned the favour by appointing Raab as Foreign Secretary and also handed the additional title as First Secretary of State.

Prime Minister of UK, Boris said that he has just mild symptoms of Coronavirus and will continue his duties from work. But if, he is unable to take up his duties then Dominic is the front runner for stand in PM instead. In 2016, he was one of the members in key decision makers during Vote Leave Campaign. Boris Johnson moved under extreme medical treatment as his health worsened amid coronavirus infection. He moved to intensive care unit on Sunday night on 5th April, 2020 and now he took the charge of stand in Prime Minister who will lead Britain in the worst pandemic coronavirus crisis.

In this coronavirus pandemic, Dominic announced £75 million for those who are stuck outside of Britain to get back home. He stated that Britain government has partnered with airlines and preparing all those thousands of Britishers stranded around the world. Raab said,

His statement about lockdown

Dominic just pointed out during his daily briefing for coronavirus that whole UK will be under lockdown for alteast three more weeks. Upon asking that, until proper vaccine is found, whole nation needs to be under lock down so what are the the strategies to tackle with situation? In reply, Dominic said that government has made it’s clear that whatever needs to be done in order to control this pandemic, they will act accordingly and it would be disclosed when time comes.

Dominic is into his political career from more than 15 years. He served several high level roles and also represented the nation at several instances. As on 2020 we are able to evaluate Dominic, 45, having a new worth of more than $11 million.