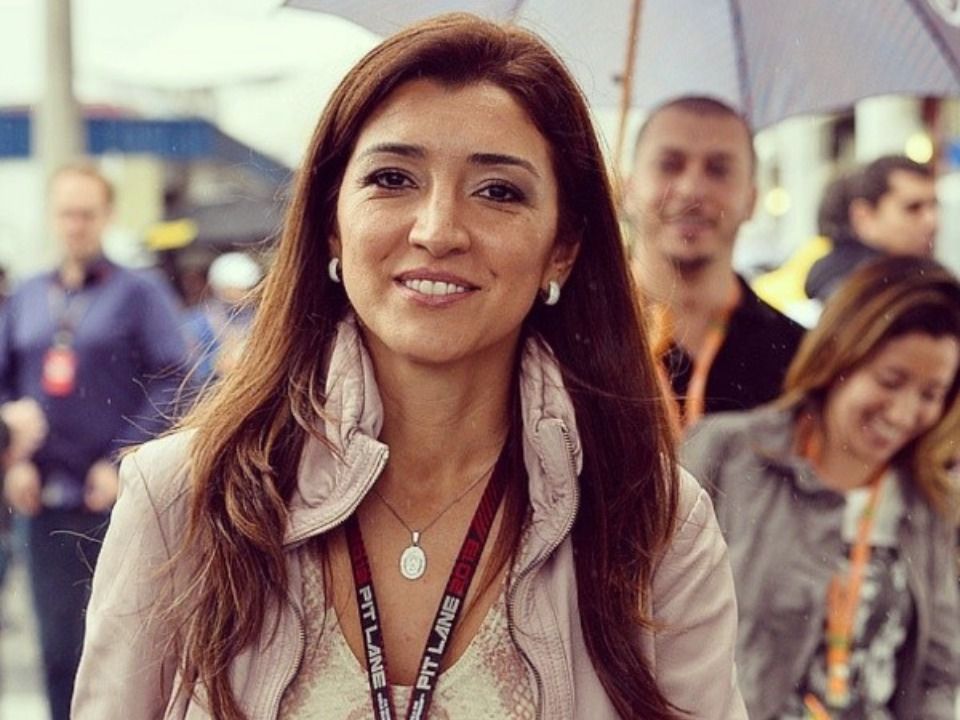 Fabiana Flosi is about to welcome a new member in the family with former formula 1 boss, Bernie Ecclestone. She was born in Sao Paulo in Brazil, thus holds Brazilian nationality. Born in 1976, she is 44 old and is the wife of Formula 1 – F1 billionaire Bernie Ecclestone who was the director of marketing of Brazilian Grand Prix. They were lived in Sao Paula who belongs to a middle class family where her father was a retired civil servant and an engineer by education. Her mother’s name is Aparecida Schunck and the couple has two daughters, Fabiana and Fernanda. They lived in Interlagos district of Sao Paula, Brazil.Fabiana went to law school for studying. She also holds a degree in International Trade.

After Flosi got her degree she started her career as Marketing Director for the Formula 1 racing. She has been very productive and very successful in her career. As a Marketing Director she has taken responsibility very seriously and has been there since. Currently she is engaged in business with Rohonyi Tamas, Hungarian businessman that promotes Brazilian Grand Prix. Currently she works as Vice-President of Marketing of Brazilian Grand Prix.

Fabiana was married earlier but then got divorced in 2008. After divorce, Flosi was dating a Brazilian Doctor but it didn’t work out. Later the same year she met with Bernie, the British business magnate in the Brazilian Grand Prix when they started dating each other. They fell in love with each other and they were dating with each other till 2012.

Both got engaged in April 2012 and eventually married later in the same year. Bernie also declared that she is not only gorgeous but is also loving and caring and also doesn’t just spend money like his previous wives used to.

Recently Fabiana and Bernie declared that the wife of business magnate, Fabiana is pregnant and is expecting. The delivery of the baby is expected in July, 2020 3 months before the 90th Birthday of Bernie. Fabiana is 3rd wife of Bernie and he already has 2 daughters and a son thus, this baby will be forth child of Bernie. They also expresses their concern and wish that the baby should be born healthy with no complications.