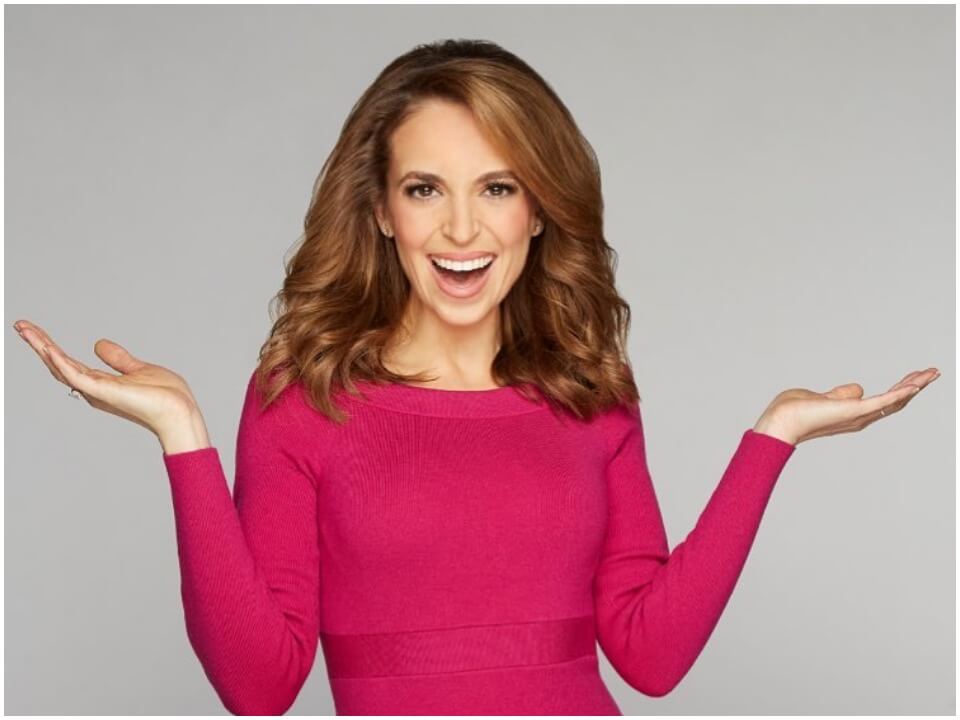 Jedediah Bila American television host, author and a well known columnist for leading media has tested positive for coronavirus. She was born on 29th January, 1979 in Brooklyn, New York and belongs Italian descent. She attended the private Wagner College on Staten Island and graduated as best in class with a BA in Spanish. Meanwhile, she studied business administration as a minor and later completed a course at Columbia University with a Masters in Spanish Literature. She then taught for several years at various high schools, middle schools and colleges and among other things, she was the dean of a high school.

Bila has worked as an ombudsman on Red Eye w / Greg Gutfeld for Fox News, Varney & Co. on Fox Business and Real News on The Blaze TV. Since then, she has been a regular guest on Fox News, Fox Business, MSNBC, and various radio shows in the United States. The programs she appeared includes Red Eye w/Greg Gutfeld, Hannity, Fox & Friends, Jansing & Co., Now with Alex Wagner, The Mark Levin Show, Lou Dobbs Tonight and America’s Newsroom. In 2013, she was hired as an employee at Fox News and since April 2014, she can be seen co-host various talk shows such as Outnumbered, The Five.

Later in 2016, she moved to ABC and became permanent co-host for 20th season of “The View” however she left the show in September 2017. Bila also writes various columns for Human Events, The Daily Caller, Newsmax , Breitbart.com , The Blaze and Fox News, as well as the Association of Mature American Citizens . Her work deals primarily with politics, culture, media, music and fitness. Apart from this, she is an author who published several books like Outnumbered: Chronicles of a Manhattan Conservative and #DONOTDISTURB: How I Ghosted MY Cell Phone to Take Back My Life.

Recently she was absent on social media for a while and explained the reason behind it. She stated both she and her husband tested positive for coronavirus however her son Hartley is safe so far. She said,

“I know I’ve been a little MIA. I’m actually at home recovering from Covid-19. I’m very much on the mend, so please don’t worry. My husband is also recovering well at home and Hartley luckily did not get sick (Thank you, God, I am forever grateful.)

“This is a crazy time in the world, full of so much anxiety and fear. I’ve learned so much this past week and done so much thinking. Know that I’m sending love, peace, and good energy from my family to yours. I’ll be sharing more in coming weeks. Thank you for your messages. I love and miss you all.”

Meanwhile Bila also shared her love and recalled her memories stored for Italy from beautiful past and said,

“Of course we are going through so much pain in Manhattan right now, but I also can’t get Italy’s pain off my mind. I love that country so much. The people are so full of warmth, the food so fresh and delicious, the scenery so beautiful. That country nurtures my soul in so many ways. Italy, you are in my heart every day.”

She is the one of the top television personalities in the media world in the country and she amassed lots of money along with fortune and fan following. Her major source of income is of course her radio and television career but apart from this, she is an author as well. Her net worth is estimated around $2 million from all those sources at least however it might be differs from other reports.