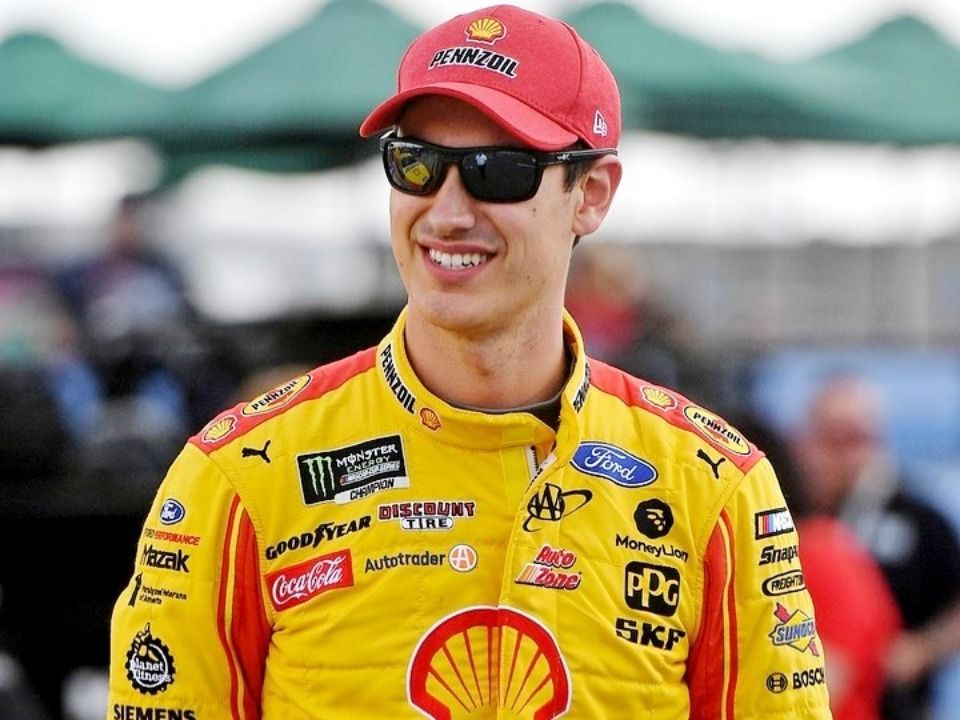 Joey Logano’s original name is Joseph Thomas Logano who was born on 24th May, 1990 in Middletown, Connecticut. His parents are Deborah (Bidduk) and Thomas Logano and his father belongs to Italian ancestry. Joey is an American professional Stock Car Racing driver famous with nickname “Sliced Bread”.Logano is full time signed with NASCAR Cup Series with No. 22 and drives Nissan MUSTANG GT.

Born in Middletown, Connecticut, Joseph from childhood was interested in stock racing. He also played ice hockey in his early life. Joey began his stock car racing career in 1996 as a 6 year old quarter midget driver in the city itself. Logano won his first Eastern Grand National Championship in 1997, a year later. He won consequently won 3 awards in 1997, 1998 and 1999.

In later 1999, he again won 3 New England Regional Championship in Sr. Stock, Lt. Mod. and Lt. B divisions. After this, the Logano family moved to Georgia. Joey /Joseph Logano is 29 years old and his father is Tom Logano while his mother’s name is Deborah Logano and Joey also has a sister, Danielle Logano. He married to Brittany Baca in 2014 and he doesn’t have any kids as of now.

Joey was in his grad school and after sometime his elementary school had closed down. This led Deborah, Joey’s mother, to home school him. Even he has not attended any college but he began racing professionally after his graduation.

In 2007, a new NASCAR rule allowed all the drivers aged 16 or above to participate in Grand National Division and compete with peers. October 20 2007, Logano won Toyota All Star Showdown at Irwindale Speedway. On 4th May,  2008, Joey debuted with Venturini Motorsports and also won Carolina 500 during ARCA RE/MAX Series. Joey has participated in Xfinity Series and Truck Series from 2008. He also participated in Joe Gibbs Racing and announced his retirement from Joe Gibbs Racing and he joined Penske Racing in 2013.

After 2013, the racing was very miserable for him and he was not able to succeed in his career. But in 2016 he got a very strong and rocky start and bagged 3rd straight pole at Martinsville. He also won Firekeepers Casino 400 from pole in June, 2016. After that, he has won so many various cups and enjoying splendid career and looking forward to keep his journey continue.

Apart from racing there are several other favorite things that Joey likes. He likes watching movies and his personal favorite is Happy Gilmore. He also claims Adam Sandler as his favorite actor. Logado likes movies such that he once appeared in Drive. He also appeared in other movies such as Logan Lucky, Twin Turbo, Sharknado 3: Oh! Hello No! It also suggests that Logado just doesn’t like movies but also likes to act. We must expect him to be an actor of tomorrow!

Joey also likes surfing of internet and social media. He has account on Instagram as @joeylogani and on Twitter @joeylogano as well which has followers over 205k on Instagram and he keeps on posting on regular basis. He also has a website of his own which he used to provide frequent updates so you can visit and get to know more about him.

Joey started his career at a very young age of 6 years. He has gathered wealth amounting over $24 Million and also owns several cars. He bought house to live with his family at $625000 which includes facilitates like Olympic sized swimming fool, home theatre and custom wet bar. Joey also has a collection of 5 luxury cars. The collection includes Ferrari 488GTB, Porsche 718Boxter and McClaren 570S.