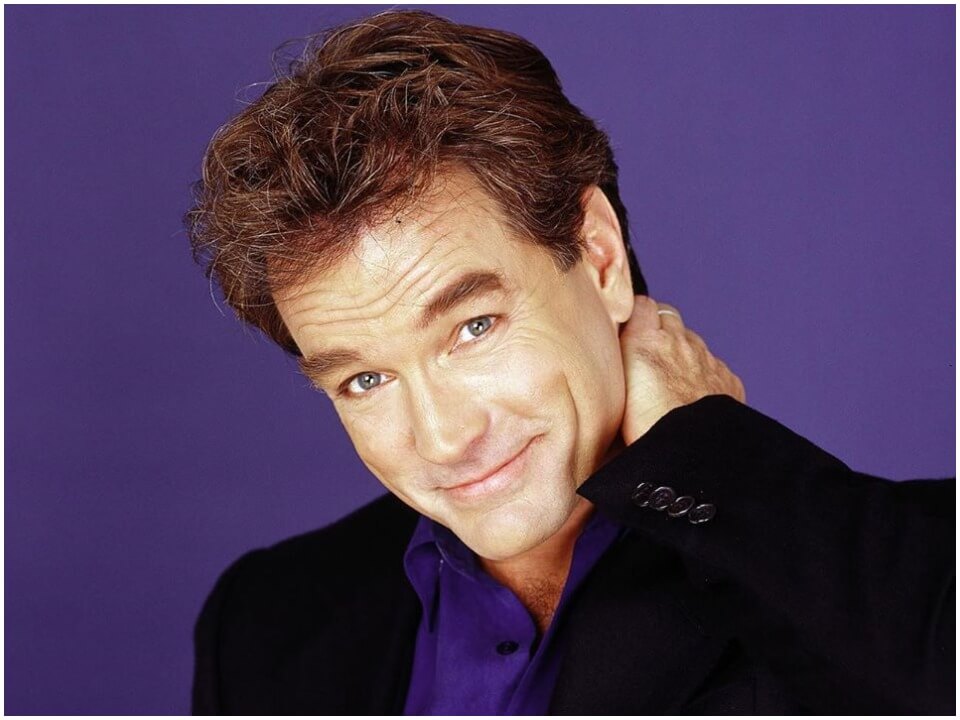 Yet another veteran of television, John Callahan Actor died at Rancho Mirage, California at the age of 66. He was born on December 23, 1953 in Brooklyn, New York. His interest in the world of acting led him to make the leap to television in the early 80s with small roles in series such as ‘Seven Brides for Seven Brothers’ or ‘Apartment for Three’. Later others would come such as ‘ Scandal in the Navy’, ‘Fantasy Island’ or ‘General Hospital’. He left the TV series in 1992 and quickly signed for another daily production ‘All muy children’ where he would play Edmund Gray until 2005. It was precisely in that serial where he met his wife, Eva LaRue, with whom he had a daughter.

He took off his career from “Falcon Crest” in 1986, played the role of Eric Stavros, son of billionaire Peter Stavros (Cesar Romero), new suitor of Angela Channing (Jane Wyman). He remained in the series for two seasons as one of the main characters with love stories with Melissa (Ana Alicia) and Vickie (Dana Sparks). After leaving the series, he appeared in several chapters of ‘A Crime Has Been Written’ before signing for the soap opera ‘Santa Barbara’ in 1989 to play Craig Hunt, a dangerous minion who would end up winning the heart of heiress Kelly Capwell (Carrington Garland) and end his journey as a murderer. In recent years he appeared in other productions such as “Desperate Housewives”, “Days of our lives”, “The Bay” or “Ladies of the lake”.

He suffered a stroke a day before of his demise. His ex-wife and co-star of “All My Children” reported his death through a heart melting Instagram post, She wrote,

May Flights of Angels Wing You to Your Rest my Dear Friend.  Your bigger than life, gregarious personality will leave a hole in our hearts forever. We are devastated-My great friend, co parent partner, and loving father to Kaya. That big belly laugh, bear hugs, bad puns, ability to harmonize to any song, great kitchen table singing-fests, and two steppin bad ass! “Johnny Numbers”, my All My Children soap stud, the great time keeper, Beatles fanatic ( I wish to God we could go back to “Yesterday”)… Kaya and I are beyond broken hearted, so stunned, sorry that my thoughts are a mess. You gave the best most beautifully written tributes, and I am at a complete loss for words right now for you. I hope Heaven has baseball and that your team always wins! The Yankees has just lost their biggest Fan. ♥️♥️♥️♥️♥️????????

John spent almost 36 years and dedicated his half portion of life towards acting career. Throughout this span of time, he accumulated huge fan base and love from his skills and portrayals of various characters in television soap operas. As of now it is unknown about his fortune and exact figures of net worth.