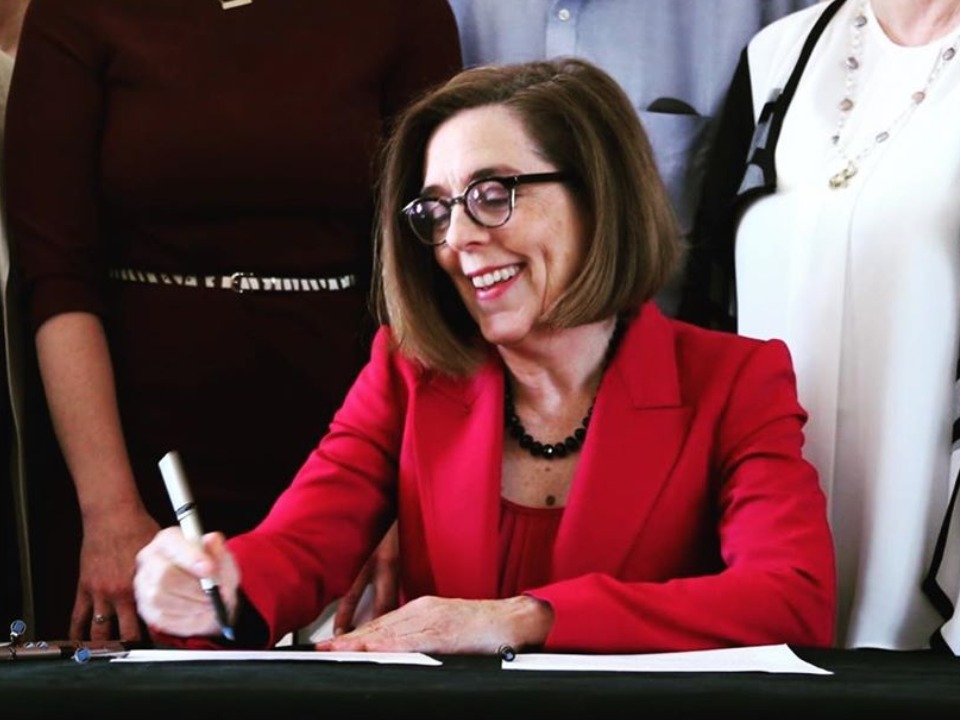 To begin with, Kate Brown is a lawyer as well as a politician and she belongs from the United States of America. Brown was born on 21st June 1960 in Torrejon de Ardoz which is located in the Community of Madrid in Spain. She completed her degree in graduation from Mounds View High School which is located in Minnesota in the year 1978 in Arden Hills. She also has a bachelor degree in Bachelor of Arts which she availed from the University of Colorado Boulder in the year 1981 in Environmental Conservation along with a certification in the women’s studies.

She is now serving as the thirty-eight governor of Oregon as a member of the democratic party and in her past span of career also she has worked as a member of the state legislature and secretary of state of Oregon. Kate entered this field in the year 1991 and at that time she was one of the house representatives in Oregon. Her interest towards environment betterment and improvement made her get a degree again in environmental law from the Northwester School of Law in the year 1985 from Lewis and Clark College.

Kate Brown has done quite a lot for betterment of society and been nominated for several awards and even won quite few of them as well. She has been awarded with the title of Woman of Achievement Award and the title was given to her from the Oregon Commission for Women in the year 1995. Then again in the year 2004, she was awarded with the title of National Public and Community Service Award which was given to her by the American Mental Health Counsellors Association.

Again, in the year 2007, she was awarded with the prize of President’s Award of Merit which was given to Kate from Oregon State Bar. Later in the year 2015, she was honoured with the title of the Advocates Person of the Year along with other nine runner ups as well.  she was also given the place in the list of #Pride30List as well at the inaugural function of NBC Out in the year 2017.

Apart from politics, she worked as a lawyer for quite a long time and probably the only bisexual politician at the moment. Her net worth is estimated around $1 to 2 million as of now however this might be differed from other sources.

Kate Brown now lives in Mahonia Hall along with her husband, Dan Little. They both also have two step children, Jessie and Dylan. Some people don’t know this about her, but Kate is a bisexual personality. She is also widely known to be the first openly bisexual politician as well as governor in the world.

However, she has never been seen to be hesitant about her personality or her sexuality in any way. Kate Brown has not only done amazing work in politics but has always been at the top for working for the environment as well. she has tried to capture as many areas of welfare as she can in her entire span of career.