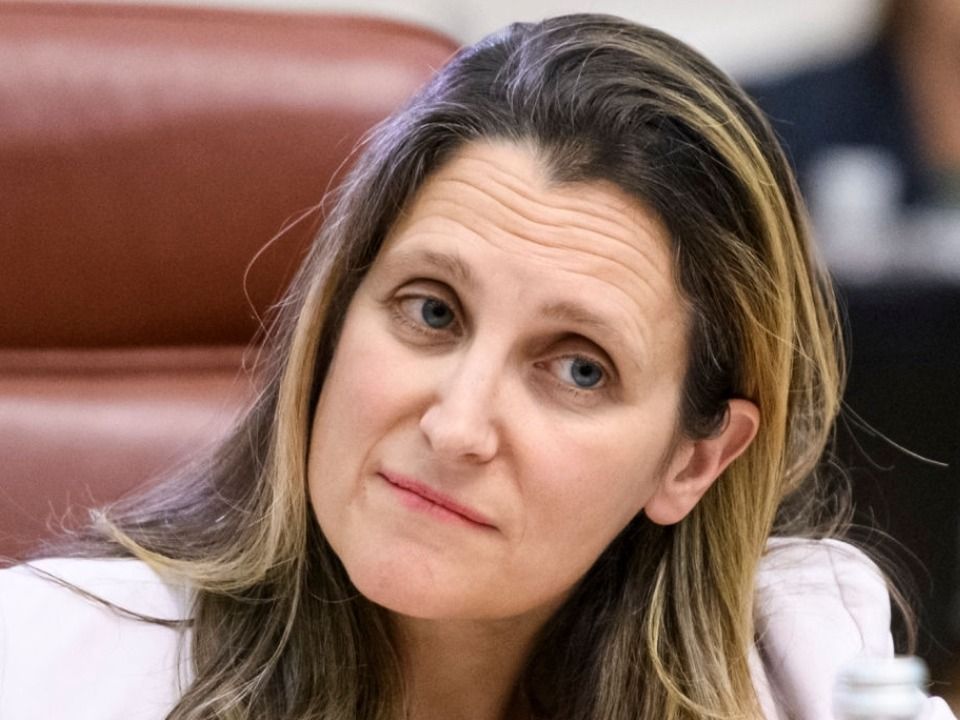 Chrystia Freeland or Christina Alexandra Chrystia Freeland is a politician, as well as a writer and a journalist and she belongs from Canada. She was born in on 2nd August 1968 in Peace River, Alberta, Canada and currently serving as deputy prime minister in the country and also as the minister of intergovernmental affairs from the year 2019. Her father worked as a farmer as well as a lawyer whereas her mother is also a lawyer by profession.

Both her parents had political background as her father was a member of liberal party of Canada while her mother ran for elections from New Democratic Party. She went to Old Scona Academic High School to compete her primary education and later on she switched to United World College in Italy of the Adriatic. Chrystia also has a degree in Bachelor of Arts from Harvard University along with getting a Rhodes Scholar from Oxford University, and then lastly, she also took a Master of Studies degree from St Antony’s College in Slavonic Studies.

Her career began as a freelance journalist for leading media such as Washington Post, The Economist, and also from the Financial Times. At that time she was living in Ukrtaine. She has worked as a deputy editor, and also as a correspondent chief. She also been working as the editor of consumer news in a journal and a managing director as well. In the past, she has also served as the minister of international trade and the minster of foreign affairs in Canada. Other than this, she has also worked on an editorial position for a lot of magazines and journals including Thomson Reuters, The Globe and The Mail, and also the Financial Times too.

She has also worked as the editor as well as the managing director of the companies in the same industry. Chrystia is considered to be one of the top influential persons in the country as well as in the world. Freeland has not only made recognition in politics but also a lot of work has been done on her end in Journalism. There are also a lot of published works that have been done from Freeland as well which include quite a few famous and popular names too. One of them is Sale of the Century which was launched in the year 2000 and it is about the journey of the country Russia and how it changed from a communist economy to a capitalist economy.

Another work that she has done is Plutocrats: The Rise of the New Global Super Rich. One of her other works is Fall of Everyone Else which was launched in the year 2012. Her published work Plutocrats won the title of the New York Times bestseller and one of her books also won the title of Lionel Gelber Prize. She also won the National Business Book Award for her business-related book in Canada.

Apart from being a deputy prime minister of Canada, she has recently worked as a freelance journalist as well. Later due to her relentless efforts in government she made progress through various ranks and reached at the position where she is now. Her net worth and fortune can’t be stated as of now because there is no reliable source available.