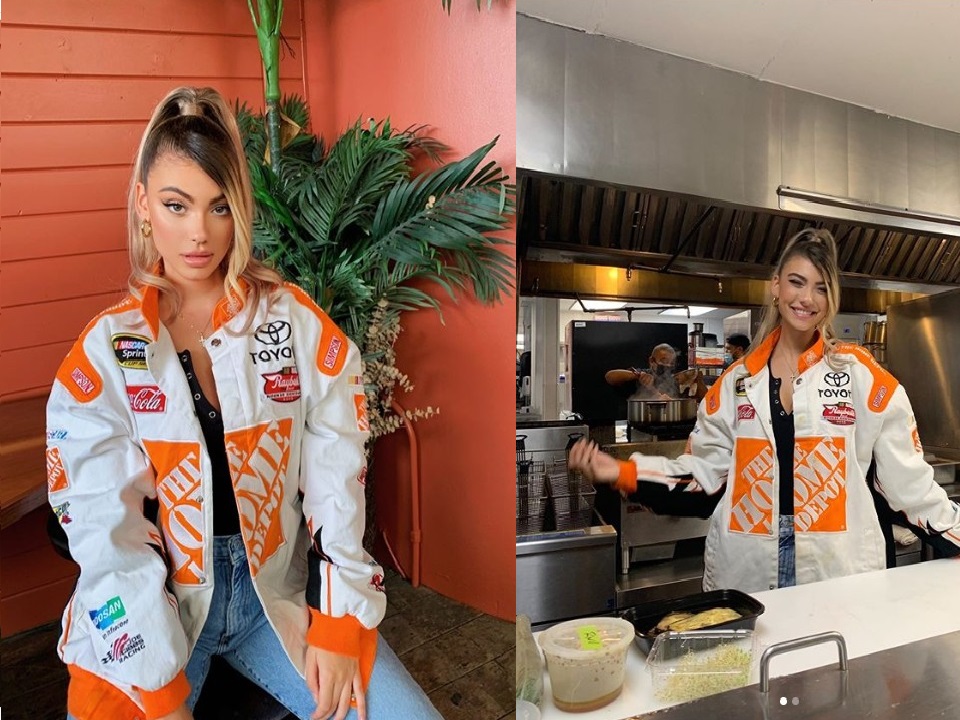 If you are a Kylie Jenner fan, then you might be already familiar with Kelsey Calemine. She is a look-a-like to Kylie. Right now, she is one of the very popular social media influencers. You will find her to post pictures and videos of her on her social media accounts frequently.

At the moment, Kelsey is a top Instagram star. And, she makes money using her social media accounts especially Instagram. She usually promotes various products on her account from time to time. At the same time, she is also a model. So, she is a well-known face in the fashion world. It is estimated that she has a net worth of around 300,000 USD. As you might have guessed it is increasing day by day.

As you know she is behind the famous Instagram account ‘Fatherkels‘. And, her real name is Kelsey Calemine. We know that she was born and raised in Los Angeles, CA, USA. She was born on January 14, 1999. That means she is a Capricorn and just 21 years old. We don’t yet know any accurate information about her parents and siblings.

But it is known that she has a younger stepbrother. During her childhood, she was a fan of the famous band Spice Girls. And, since then, she wanted to be a model or a part of the entertainment world. Better yet, her parents supported her all the way to let her become a model. She attended high school in Oak Park High School situated in California.

Kelsey is primarily an Instagram star. That means she posts her pictures and videos on a daily basis on the social media platform Instagram. Before being famous, she used to post on Twitter and Instagram. Matter of fact, she started using Twitter back in 2013. At some point, she also had around 10 thousand followers on Vine.

One of the most important breakthroughs on her Instagram career was the ‘Lucy Hale’ and ‘Kylie Jenner’ incident. But what is it? Let us explain. If you look at her pictures, you will find a striking similarity between her and both Kylie Jenner and Lucy Hale. Some say she looks more like Kylie, while others say she is more of a Lucy Hale doppelganger.

Matter of fact, Lucy Hale found her pictures on Instagram and was confused about the picture as it looked like herself. Thus, Lucy Hale posted a picture of Kelsey on her Instagram account for verifying with her followers whether it was a real person or a photoshopped picture of Lucy herself.

As you might have guessed, Lucy was amazed by the fact that it was indeed a real person who looks very similar to her. Later, many Instagram users started to claim that Kelsey also looks like Kylie Jenner. In fact, some followers even said that Kelsey looks like a 50/50 mix of Kylie Jenner and Lucy Hale.

Still, after this incident, she accumulated more than 880,000 followers to her IG account within a few months. Because of her unbelievable popularity, the ‘Galore’ magazine did an interview with her. And, she was referred as the ‘Instagram babe of the week’ in the magazine.

Nowadays, she usually still posts new photos of her on Instagram, Twitter, and Facebook. Her career as an IG star and IG model is getting a lot of traction as she is being sponsored by many brands regularly. Many other Instagram models are also collaborating with her.

Even though she is a very popular Instagram star, very little is known about her private life. Because she wants to keep most of the things private of her life. You can understand her approach from one of her tweets – ‘keep your personal life personal’. Still, we have accumulated some great information about her.

For instance, we know that she dated Ryland Lynch earlier. But they broke up. Plus, she also dated Asher Brown for a long time. However, even they broke up as well. At this moment, we have found some news about her dating the famous music producer Marshmello.

It is not confirmed yet. But, our sources say this might be true. Matter of fact reports circulated that Marshmello has spent Valentine’s Day with Kelsey. Kelsie is known for changing her hair color frequently. She said in an interview that she loves hair dying so much. Additionally, she is a good friend with Madison Beer, another up and coming, singer and songwriter.

Many people know her as a mix of 2 celebrities (Lucy Hale and Kylie Jenner). She is very active on her Instagram account with 2.7 million followers and counting. So, you can follow her there if you want to keep up with Kelsey.

As always, do you have a favorite celebrity that we haven’t covered yet? In that case, you can leave your request in the comment section down below! We will try to write about your beloved individual in near future.