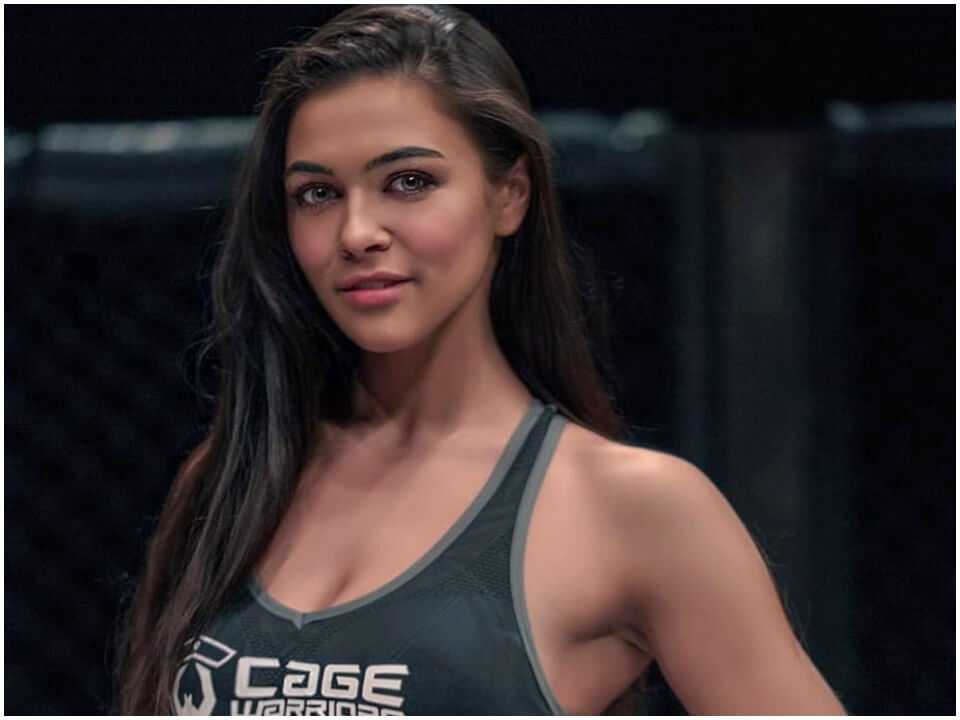 Lydia Clyma is one of the late entrant in the Netflix’s Too Hot to Handle but still managed to develop strong connection in the show. She was born on 24th November, 1998 in Portsmouth, Hampshire, United Kingdom who is an actress and professional model. There are no further information about her earlier life and family could be discovered at the moment thus, this story would be developing as soon as we get proper information.

Talking about her previous jobs then she used to be a ring girl and television presenter during wresting, mixed martial arts and boxing shows in the UK. She did share quite frequent posts on her Instagram about her regular activities and she posted about her job,

“Isn’t it crazy that we watch people get punched in the face for entertainment? ? We spend money to watch, we get paid to work at events and we place bets on who can knock the other one out sooner? Humans will forever be a questionable species ? but regardless, I love it! Working in boxing and MMA isn’t just my job, but my hobby.”

Moreover, she already experienced a reality dating game show in United Kingdom so Too Hot to Handle would be easy for her as compare to other contestants. Lydia participated in Magaluf Weekender and also appeared in the Sex Clinic. She was in serious connection with Jordan Davies during the show Megaluf Weekender and later Jordan even proposed her as well.

Too Hot to Handle

Currently Too Hot to Handle is trending in the world and sizzling beauties flaunting around their figures creating the storm in viewers mind. Lydia is one those 10 contestant who tried to clinch the prize money of $10 thousands to $100 thousands by winning the crown. She appeared in the 6th episode and show comprised 8 episodes in total. However there are some rules and restrictions which makes the show even twisted. Talking about her participation she posted,

“TOO HOT TO HANDLE I’m on NETFLIX! ?I’m so excited (and nervous) to be able to share this special journey with you all, that taught me so much about myself over the past year. You’ll see me laugh and cry, with my closest friends from all over the world. I hope you’re all ready for this crazy rollercoaster of a series that drops next Friday 17th April. See you in episode 6 ? Thankyou ALL for your love and support! Stay safe. Lydia”

She participated in several reality dating game show before and also worked as ringmaster so it’s obvious she might have earned juicy amount of money to make living out of it. However, as of now there are no details disclosed regarding her exact wealth.