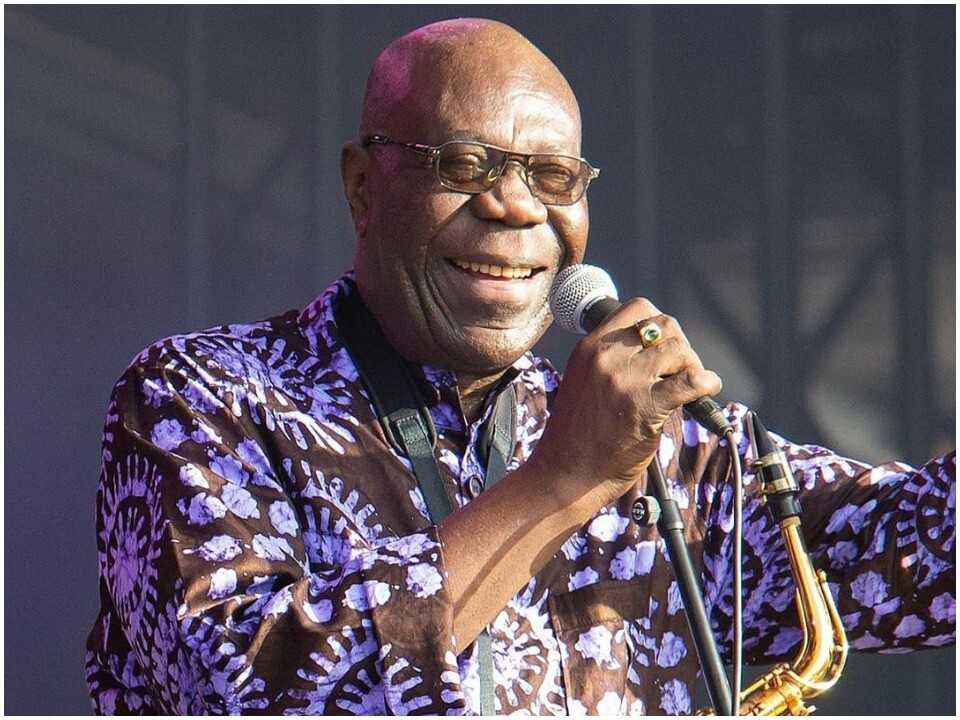 The African Jazz legend Manu Dibango died at the age of 86 in France due to global pandemic covid-19. He was born on 12th December, 1933 in Doula, French Cameroon in a Protestant environment. He belonged to the Yabassi ethnic group from his father’s side while Duala ethnicity from his mother’s side. As a student, he discovered jazz for himself in Chartres during the 1950s and learned to play the piano. In Reims, where he was preparing for his baccalaureate, he began to play the saxophone and began to perform in nightclubs, to the great annoyance of his father, who then cut his maintenance in 1956. Manu developed his own style of music by combining jazz with traditional Cameroonian music and the popular Cameroonian dance music Makossa.

Various contracts led him to Brussels, where he met his future wife Coco, Antwerp and Charleroi. During this time, his jazz style “Africanized” through contact with the Congolese milieu. Joseph Kabasélé hired him for his orchestra African Jazz and recorded numerous records with him, which had great success in Africa and led them to Kinshasa, where Manu popularized the twist in 1962. The return to Cameroon however proved to be difficult and he went to France again. Later in 1972, he released “Soul Makossa” in the USA which was a grand success as it was the first number-one hit by an African musician in the USA at that time.

This prompted him to start touring and then he made numerous contacts with black musicians in the country. Inspired by African tribal music and in contrast to it by European church sounds, animated by American jazz and soul, he succeeded with the album in the opinion of the London magazine City Limitsa “smooth, effective dance club music with grippy saxophone embellishment”. He merged the traditional rhythms of Cameroon, Nigerian high-life pop, Congolese folk, Latin American cha-cha-cha and funk, reggae, hip-hop and bebop jazz sound.

Manu Dibango Cause of Death:

The Cameroonian singer and saxophonist died on Tuesday, aged 86, at a hospital in the French region adjacent to Paris. The artist had communicated his admission by COVID-19 last week and had expressed his desire to be able to meet with his public as soon as possible. His family and friends have indicated in the statement that the funeral will be done intimately and discreetly, due to the health emergency that is ravaging the planet.

He was considered as the all time greatest African musicians and the legend whose contribution can’t be described in the words. His exact fortune and net worth figures are stand out around $100 million and most of worth came from musical career and other sources. Apart from music, he had invested money in stocks and property holdings and other endorsement deals. Moreover he established brands for food, fashion and lifestyle products as well.