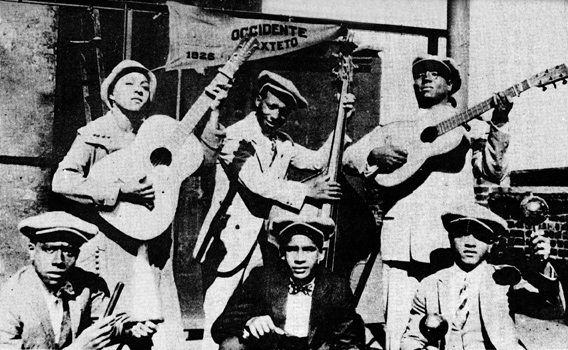 Maria Teresa Vera was a Cuban root singer, guitarist and composer who is regarded as the Best Female Trova singer of all time. Maria was born on 6th February 1895 in Guanajay, Havana and from her young age became a member of bohemian trova musician community. Vera began to sing in 1911 at a theater for a tribute to an actor. She attends the great trovador Manuel Corona who advises her and gives her guitar lessons. She sings in Carlos Godínez’s Grupo Típico.

Vera met Ignacio Piñeiro and gave him coaching to play the double bass. Follower of the Afro-Cuban religion, she decided to become Santa and leaves the world of music. Absent from the stages and studios until 1936, she reappeared in a Radio Salas program with a cuarteto (quartet) composed of Justa Garcia, Dominica Verges and Lorenzo Hierrezuelo. But the cuarteto disappears after the radio show.

Only then did Hierrezuelo accompany him in a duet which thus lasted more than twenty-five years, during which María Teresa Vera asserted herself as one of the very first voices of Trova. Its most striking composition, Veinte años, is taken up by the greatest Cuban performers. In the mid-1950s, she appeared on television on the historic show El Casino de la Algeria. Tributes to Maria Teresa Vera follow one another but in the early 1960s her health deteriorated and she died in 1965.