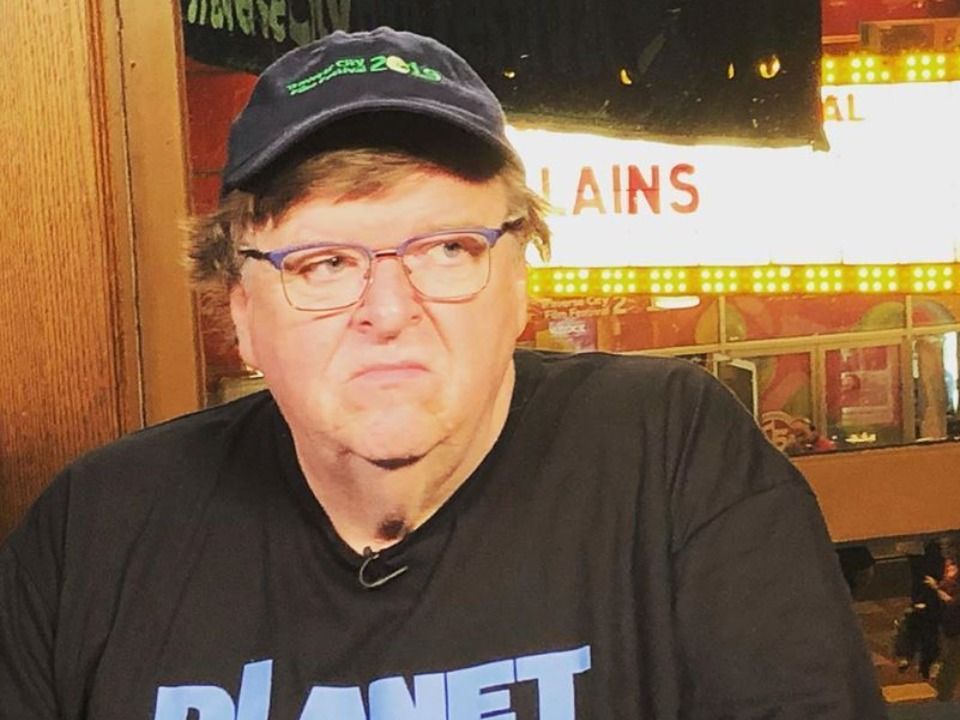 Michael Moore is one of the most famous documentary filmmakers in the American industry and along with that he is also a very well renowned activist as well as an author too. He is best known for his work as the creator of the Fahrenheit 9/11 which was one of the most successful and highest performing documentaries at the American box office ever by providing a high grossing and making it distinct all around the world.

Michael was born to the lovely couple Francis Richard Moore and Helen Veronica. He was born in the year 1954, in Flint which is in Michigan. Michael has the ancestry of three ethnicities including English, Irish, as well as Scottish. He attended St. John’s Elementary School for his primary education and later on was admitted to St. Paul’s Seminary School, and for his high school he attended Davison High School.

By that time, he was already 18 years old and was given a position in the school committee board in theatre and drama. He was the youngest person ever to get a position as such in a public office. Later on, for higher studies, he went to attend the Michigan Flint University. However, he dropped out from there quite soon only. Moore married in the year 1991 to Kathleen Glynn, however, their marriage ended in the year 2014, and they got divorced as well.

When he studying at the University of MichiganFlint, he was working wiht a newspaper there. Later on, he also launched his very own publication too which was called as The Flint Voice and later on he renamed it as The Michigan Voice. He was also soon chosen as an editor of a magazine related to politics which was called Mother Jones. However, he got fired from there due to his professional crashes with someone e just in four months.

Another documentary of Michael was released in the year 2002, which was called Bowling for Columbine and it was one of the highest grossing documentaries which was released commercially. And then, his documentary Fahrenheit 9/11 was launched which broke all records and made a business of $200 million all around the world. Some other woks that he did later on include Sicko, Captain Mick Across America, Capitalism, Michael Moore in Trump land, and many more.

Michael Moore won a lot of awards and was nominated for tremendous titles all around the world for his work and art. His net worth as of now is estimated to be $55 million.

He also co-wrote a lot of books including Dude, Where’s my country, and Stupid white men. He also made a lot of appearances on many TV shows like Canadian Bacon, Lucky Numbers, The Fever, The Awful Truth, Michael Moore Live, TV Nation, and much more. Michael also directed some music videos and debuted on a Broadway play called as the Broadway in the terms of my surrender.