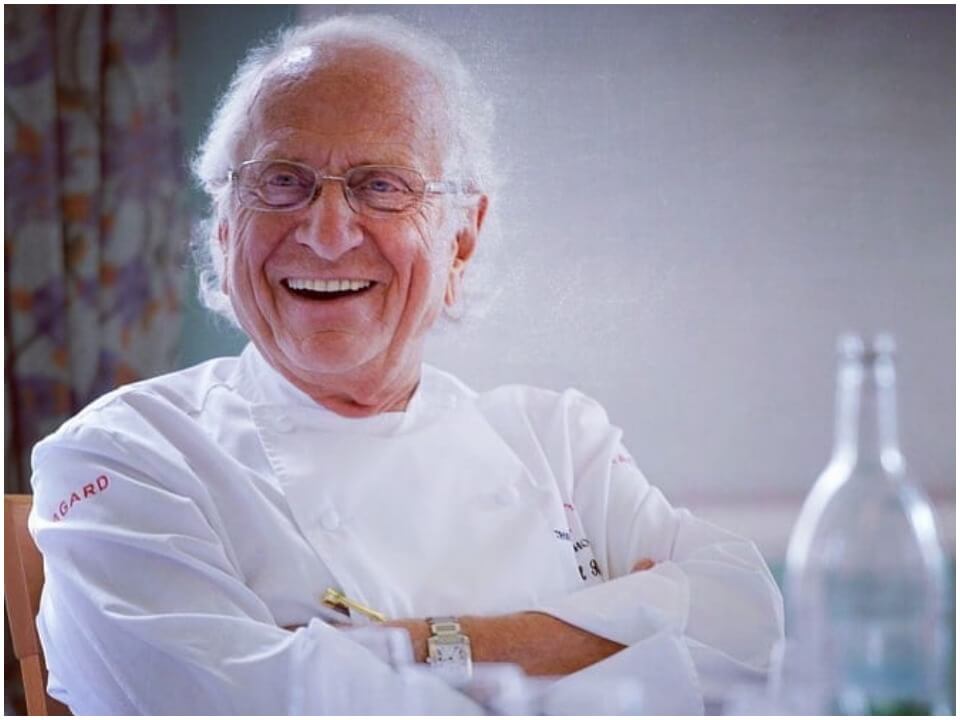 Legendary Michel Roux senior, the French chef and restaurateur who lived in the UK for several decades, died this Thursday at the age of 79. He was born on 19th April 1941 in Charolles, Saone-et-Loire, Vichy, France who had opened the La Gavroche restaurant, the first in the whole United Kingdom to obtain the maximum recognition from the Michelin Guide. Michel spent his formative years living in his grandfather’s delicatessen, but it was in 1946, in Paris, that his passion for cooking and for sweets finally broke out. His career has always been closely linked to that of his brother Albert, already a pastry chef when he chose to follow in his footsteps at the age of 14.

Career as a chef

After the first 3 years of training at the Belleville patisserie, two more followed at the British Embassy in Paris, the first real and deep contact with the United Kingdom. Despite prestigious assignments, Michel always remembered this as “the life-changing experience” in the kitchen of Cécile de Rothschild’s house, when he became youngest personal chef ever. Many medals and awards followed in the 60s and 70s, culminating with the Meilleur Ouvrier de France in pastry making, which was presented to Michel by President Giscard d’Estaing in 1976. But his career had already taken other paths and had it also landed in other shores, marking a life that was divided until the end between France and England.

It was 1967, in fact, when the brothers opened Le Gavroche on Lower Sloane Street in London, inaugurating with a party in style, dotted with celebrities such as Charlie Chaplin and Ava Gardner. After that, less than seven years, they opened the doors of their second restaurant, the Waterside Inn, in Bray, Berkshire. They were already in history in 1974, when both restaurants took the first macarons in the same year. There were so many (and so good) cooks who learned from Michel Roux that his style quickly helped define the fine dining that is still used in British lands today. The Roux brothers (Albert is still alive, 84 years old) were also responsible for creating a scholarship in 1984 that still exists today.

Alain Roux, his son announced death of Michel Roux in a statement. He was accompanied by his sisters Francine and Christine for mourning death of the legend caused due to long-term idiopathic pulmonary fibrosis. He said,

“It is with deep sadness that the Roux family announces the passing of our beloved grandfather, father, brother and uncle, Michel Roux OBE. The family would like to thank everyone for their support during his illness. While many of you will share our great sense of loss, we request privacy for the family at this difficult time.

Michel achieved quite a lot success and fame in his long career of chef and probably considered as one the best chefs in world then time. It is obvious that he had amassed massive amount of money from this profession and his net worth estimation is currently no available. However, his son Alain Roux or Michel Rox Jr. net worth stands out at around $85 million.