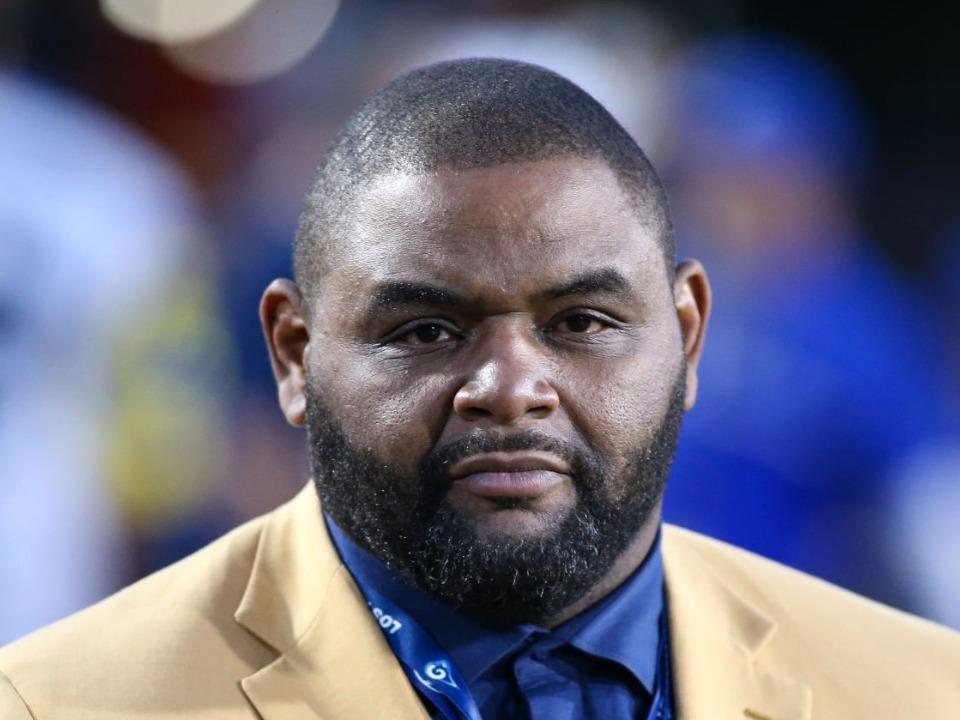 Orlando Lamer Pace is a former footballer playing NBA in America. The former professional American Footballer participated and played in National Football League for 13 seasons. Starting his career in St. Louis Rams as Offensive line blocker. He was born in Sandusky in Ohio on 4th November, 1975. The boy with 6.7 feet tall height was interested in sports from his early life. From his school life, Pace was all into sports. He studied at Sandusky High School where he was named for Parade Magazine High School for Offensive Lineman and the USA Today All America team as Defensive Lineman.

After his schooling he attended Ohio University in 1994 mastering with Business. At the university Pace joined and played for Ohio State Buckeyes Football Team. He played for two years from 1994 to 1996. He is very shy for his personal life and family, very few people are aware of his personal life. At his college, he was called with his nick name, Pancake Man. He is the 24th Buckeye whose frame is inducted on the Hall of Fame.

Orlando Pace’s career started when he was in Ohio University. While he was playing for the Ohio State Buckeyes Football team he broke several records and earned numerous awards. He was the second true freshman to start on opening day for the said team. In 1996 Orlando won Outland Trophy for being Best College Football Interior Lineman. He was also awarded with Lombardi Award for college lineman / linebacker in 1995 and 1996.

Pace has played only for two teams in his professional career in his whole life: St. Louis Rams and Chicago Bears. In his 13 years long career he was a part of Rams from 1997 until 2008. It was 1997 when Peyton Manning chose to skip the 1997 NFL Draft, Pace was topping candidate in the list of Jets. As he was selected and put into the team, he did pretty well in all the 13 seasons in the league. Orlando was named All – Pro five times; he was also awarded Pro Bowls selection for seven times. By this he reserved himself a place on the College Football Hall of Fame.

After he got injured in 2008, he was decided not to be taken in the team as it would not be advisable for the betterment of the team. Hence he was selected by Chicago Bears on a three years contract with the deal amounting $15 million Dollars on 2nd April, 2009. Pace started first 11 games in his lone season with Bears and later was struck with another injury against Minnesota Vikings. Later on, on 1st March, 2010 Pace was released from his contract with Chicago Bears. While he was playing he also ventured into Restaurant business and was the owner of Big O’s Ltd. The restaurant was situated in his home town of Sandusku, Ohio. As for now his restaurant is no more into business, no one knows the reason why?

Orlando Pace has been very successful football player in his 13 years long career. He has won several awards. In his lifetime as a professional player Pace player for two teams: Rams and Bears. In his career of nearly one and a half he was paid nearly $76 million USD as salaries and bonuses. We are currently evaluating of Pace’s current ventures and sources of earnings. But our estimations project that Orlando’s current net worth is nearly $17 million dollars.