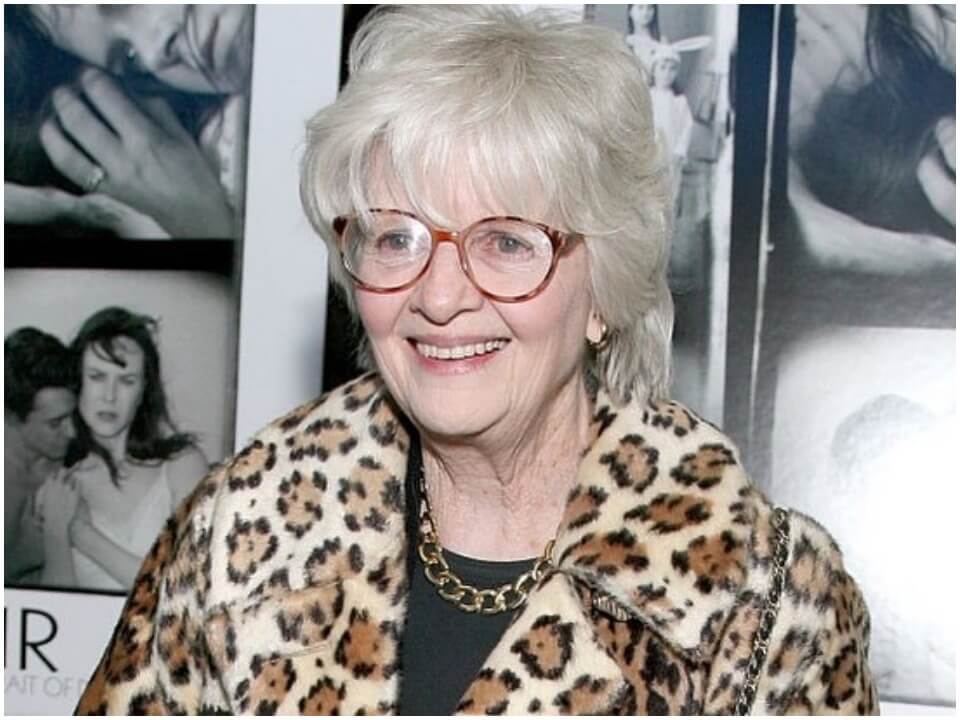 Yet another victim of coronavirus pandemic, Patricia Bosworth died at the age of 86 on 2nd April, 2020. She was born on 24th April, 1933 in Oakland, California widely regarded as American actress, journalist and author.  She attended Sarah Lawrence College and graduated in 1955. Later she focused on professional coaching of acting and attended The Actors Studio in New York City. In the course of the 1950s and 1960s, she appeared in a variety of Broadway performances, television series and movies. Patricia’s career and life was dedicated and linked mostly towards the things related with arts.

In 1959, she participated in the movie Story of a Nun, directed by Fred Zinnemann, where she shared the stage with Audrey Hepbum, famous actress of the golden age of Hollywood. Also, during those years he had a constant approach with the icons of American cinema. She learned directly from Marlon Brando, Paul Newman and Marilyn Monroe, three central figures in his career. However, towards the end of the sixties his life took an unexpected turn. Patricia Bosworth decided to leave life in front of the camera to dedicate her life for writing, and more precisely to preparing biographies of the artists she admired the most.

Thus, in addition to being an actress, she was the author of an extensive work that mixes the biographical account with journalistic investigation. Her books have recorded the lives of unforgettable celebrities. In 2001 she published a biography of Marlon Brando, a decade later, another about Jane Fonda and a year later, in 2012 she wrote about John Wayne. But she was also in charge of capturing her life in the pages of her works. With this, she published “Anything Your Little Heart Desires: An American Family Story” in 1997. Later in 2017 she published “The Men in My Life: A Memoir of Love and Art in 1950s Manhattan”.

Patricia Bosworth Cause of Death

Patricia died on 2nd April, 2020 however this terrible news circulated on 4th April, 2020. Fia Hatsav, her stepdaughter confirmed this grievance to leading media and said she died due to complications from coronavirus. She also shared her heartfelt tribute and memories in a Facebook post in which she said,

“This terrible virus has taken my Vibrant, talented, and loving Step- Mother, Patricia Bosworth. You may read about her in all the news articles, from NYT, Vanity Fair, Deadline, The Wrap, etc. But to us she was Patti, and Grandma Patti. She was a humble, caring and compassionate person. She adopted us and we in return adopted her. She was part of our family, in every way. She loved my children, and treasured being their grandma, it meant everything to her.”

Patricia kicked off her career from acting where she remained active during 1950s to mid 1960s. Later she turned her attention completely from acting to experience the world of journalist and became a journalist. During this span, she worked with leading news and media outlets and also wrote several freelance art pieces for Times and other national magazines. It is obvious she had accumulated lots of fortune and wealth from these professions but exact figures aren’t revealed yet.