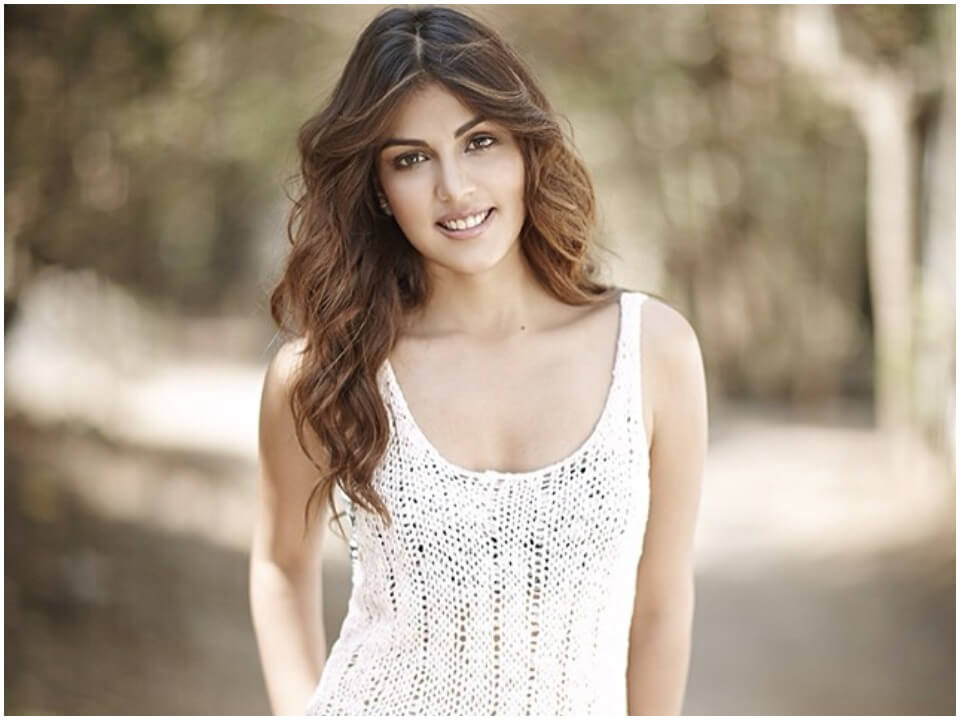 Rhea Chakraborty is an Indian actress and video jockey known for her role in “Mere Dad Ki Maruti” and “Jalebi.” She was born on July 1, 1992, in Bangalore, Karnataka, India into a Bengali family. She has a brother, Showik Chakraborty and completer her schooling from Army Public School Ambala Cantt. After that, she went for a degree in Mass Communication and Media. Her father was an Indian Army officer, Indrajit Chakroborty. Rhea claims that this led to her constant travelling.

Rhea began her career in 2009 with MTV India‘s “TVS Scooty Teen Diva” where she was the first runner-up. Since then, she auditioned for MTV’s VJ and hosted several MTV shows like MTV Gone in 60 Seconds, TicTac College Beat and so on. She made her big screen debut with a Telugu film in 2012, “Tuneega Tuneega,” which revolves around a love story between Karthik and Nidhi, as they both fall in love, but Nidhi’s family arranges her marriage with someone else. Rhea received a good response for her acting, and in 2013, made her debut in Bollywood with “Mere Dad Ki Maruti,” wherein she played the role of a Punjabi girl, Jasleen. Later on, she also bagged “Sonali Cable” in 2014.

She also played a supporting role in the movie “Half Girlfriend” alongside Shraddha Kapoor and Arjun Kapoor. She has also featured in Ayushmann Khurrana’s music video “O Heeriye.” Rhea, in an interview, also claims her acting journey as a “roller coaster.” In 2018, she starred opposite Varun Mehra in Mahesh Bhatt’s ‘Jalebi’, the film gained a lot of positive response from the audience and kick started Rhea’s acting career. Several entertainment platforms suggest that this movie linked Mahesh Bhatt and Rhea, as the actress is found seeking consolation and guidance from Mahesh Bhatt at various times.

This also gave rise to suspicion as Sushant Singh Rajput’s death surfaced and a thorough police investigation is being carried out. Reports suggest that Rhea moved out of the couple’s penthouse somewhere in June after a big fight. Sushant is believed to have clinical depression and his instability was the reason for Rhea to move out. She was interrogated by the police for nine hours, wherein her connection with Mahesh Bhatt was also questioned. Rhea confirmed her relationship with Sushant and also stated that they were to marry in November 2020. Since Sushant’s death, Rhea has deleted all pictures of them together from her social media platforms and has been silent in public. Her mother, Suhrita Das, took to Instagram to publicly support her daughter and also suggested that Mahesh Bhatt has acted as a great mentor for her.

Rhea’s personal life has never been on the spotlight up until now. Rhea was rumoured to be dating the late Indian actor Sushant Singh Rajput since 2019. Several times both the actors have shared posts on social media hinting about their relationship, but neither confirmed it publicly.

However, Sushant Singh Rajput was found hanging in his Bandra (Mumbai) apartment on June 14, 2020. This has led to a series of events and police investigation that confirmed that Rhea Chakraborty and Sushant Singh Rajput were dating. Many e-news platforms and social media platforms also suggest that Mahesh Bhatt was somehow involved, as he is Rhea’s mentor and had knowledge about their relationship.

Rhea is gradually making her name in the industry. Although there is no official report on her income, her total worth is estimated to be more than million rupees. She makes her money from video jockeying, acting, modeling and commercials. At the moment, she is the brand ambassador for an online shopping company, Yepme. In 2019, Rhea launched an artificial intelligence firm – Vividrage Rhealityx, with her brother, Showik, and actor, Sushant. Rhea gets about $500 thousands or more quite easily per movie and her net worth is estimated around $2 million.