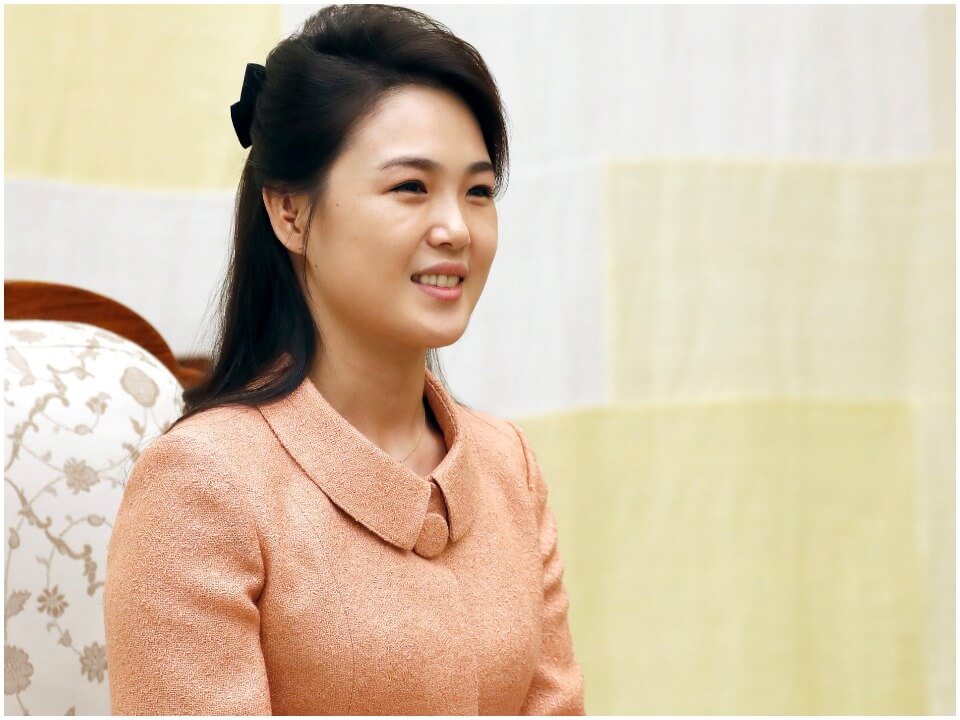 Ri Sol-Ju is the first lady of the North Korea and wife of Supreme leader Kim Jong-Un who is also known as “Comrade Ri-Sol-Ju). As far as personal informations are concerned, supreme leader kept his life secret but based on foreign media reports, we tried to cover some valuable information here. The first lady was born on 28th September, 1989 in North Hamgyoung, North Korea. According to information from the National Intelligence Service of South Korea (NIS), Ri is also believed to have visited South Korea, a country with which the North maintains a strong tension, as a member of an animation team for an athletics event in 2005.

She was a singer and member of the Unhasu Orchestra before marrying Kim Jong-un. According to the South Korean newspaper JoongAng Ilbo, the couple started a love relationship long ago, but Kim Jong-un’s father, the late Kim Jong-il, disagreed and forced them to separate. A NIS source from South Korea told the newspaper that the woman has known Kim “since they were teenagers.” “The rumor that they had a relationship had been circulating among Pyongyang’s elite.”

Another source indicates that it is likely that Jong-un met her after seeing her during a concert and later this relationship turned into love. The Korean Central News Agency (KCNA) announced on July 25, 2012 that they both had married however, the exact time of the wedding has not yet been released. After this, Ri would have followed a six-month training at Kim Il-sung University, the most prestigious in the country, to understand and prepare for the duties of the first lady.

In October 2012, there was speculation about her as she no longer appeared in public alongside Kim Jong-un. It has been suggested that she was either out of favour or disciplined, and speculation about a possible pregnancy was also made. However, shortly afterwards, Ri and her husband appeared in public again during an inspection at a military school. In December 2012, leading foreign media reported probably pregnancy of the first lady.

Former American basketball player Dennis Rodman first reported to the international press in March 2013 after visiting North Korea that Ri Sol-ju had given birth to a healthy daughter whose name is Kim Ju-ae. Apart from this, she is believed to have three daughters but no official confirmation done on this regards. At the end of March 2018, the first lady of North Korea, accompanied her husband on a state visit to China.

It’s impossible to know the exact net worth of Kim Jong-Un or his wife because they control the media in the country. However few reports suggest that his net worth is around $5 billion which is distributed in more than 200 foreign bank accounts which even led him for criticism as well.