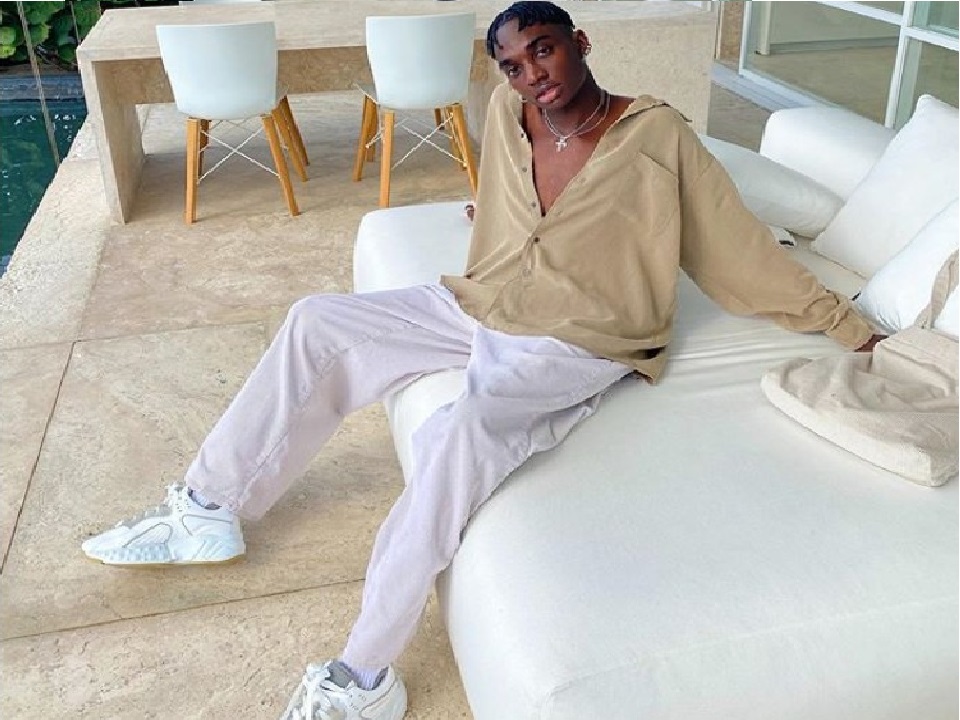 If you were active on Vine back in the days, you should be familiar with Rickey Thompson. He quickly rose to prominence with his funny and rant videos on Vine. But after the termination of Vine, he started his journey in other social media and video sharing platforms like YouTube, Twitter, Instagram, and Facebook. Right now, he has multi-million followers on all of his social media accounts. Added to that, he is also a model and actor.

In this post, we will learn more about Rickey Thompson. So, let’s dive right in…

Rickey Thompson is pretty active in social media platforms nowadays. Primarily, he earns his income from YouTube. At the moment of writing this post, he has over 1.24 million subscribers on his official YouTube channel. He opened this YouTube account back on 10 th April 2014. Since then, he has received over 57.9 million views on his YouTube channel until now.

He also appeared in the YouTube web series ‘Foursome’. In addition, he also accumulates his wealth from sponsorship and various partnerships with different brands. Right now, he could earn up to 10,000 USD each month from all of these ventures. But his actual net worth is not yet known. The moment it is published by a reliable source, we will update the information here.

Rickey was born in Raleigh, North Carolina, United States on 6 th February 1996. That means he is just 24 years old right now. He grew up in the same place that he was born. He used to attend Millbrook High School.

It is known that he was bullied in school. As a result, he would make YouTube videos sharing his experience with school bullying. At the same time, he would also share his thoughts and opinions on fashion. He grew up with his family.

His mother is very loving. He told that his mother has taught him a lot of things about life. For instance, his mother taught him the value of money and how to save for the future. His sister’s name is Karson Thompson.

He says he is very shy in real life. But over time, he is trying to overcome that. After his success as a social media celebrity, many people and classmates of him become his fan. And, the bullying on him also came down to zero. Nowadays, he is living in LA.

According to Rickey, he loves to make people laugh. But he is very shy in reality. That is why he took the path of social media and video sharing sites to convey his thoughts and ideas to the world. He is openly gay. As a result, he was bullied in his school days. In 2016, he came out on Twitter.

Rickey Thomson was very passionate about the entertainment industry. Due to that, he moved to Los Angeles after completing his high school for pursuing a career in the industry. That is why he actually decided not to attend college.

He is also greatly interested in fashion. He walked in the 1st runway show of his life back in 2018 (December) for designer Alexander Wang. Many of his videos are related to the fashion and entertainment industry. Right now, he is not engaged or dating anybody. He said that he is searching for the perfect person.

Rickey Thomson started his career as a Vine and Instagram celebrity. He is active since 2013. As he was bullied in school, he would make YouTube videos sharing his thoughts and experiences on the issues of bullying during that time. At the same time, he used to share comedic videos on Vine. Day by day, he was becoming popular and started to accumulate thousands of followers every day. However, Vine shut down in 2016. During this time, he had over 2.5 million followers in his Vine account.

After the termination of Vine, he was a bit stressed and scared. But he didn’t stop there. He continued to make videos. But after Vine, he used to post videos on YouTube, Instagram, and Twitter. Day by day, he started to acquire more new followers.

But his initial popularity came while he was still on Vine and when he was just 17 years old. At that time, Kylie Jenner shared 1 of his Vine videos. Since then, he started to accumulate new followers in a very fast manner.

Rickey is also an actor. He appeared in the YouTube Red web series named ‘Foursome’ (2016-2018). He also does guest appearances at various events and other social celebrities’ videos. Back in 2018, rapper Aminé released an album named ‘OnePointFive’. Rickey has narrated multiple interludes on that album.

On top of that, he also was in the music video of ‘Reel It In’, another song from the album of Aminé’. It was known later that Aminé’s himself invited Rickey personally to be a part of his album via direct message on Instagram. Rickey Thompson also has appeared in several other TV series like Betch, Mourners, Inc., Sleep Tight, Tri Me!, Trend or End with Rickey Thompson, Awkwardness, and more.

There you have it. We have provided all the information about Rickey Thompson you need. You can see that he has a very short span of a career. And, in this short time, he is becoming one of the most popular black queer social media celebrities online. If you like Rickey, then you can follow him on Instagram, YouTube, Twitter, and Snapchat. He is very active on those platforms.