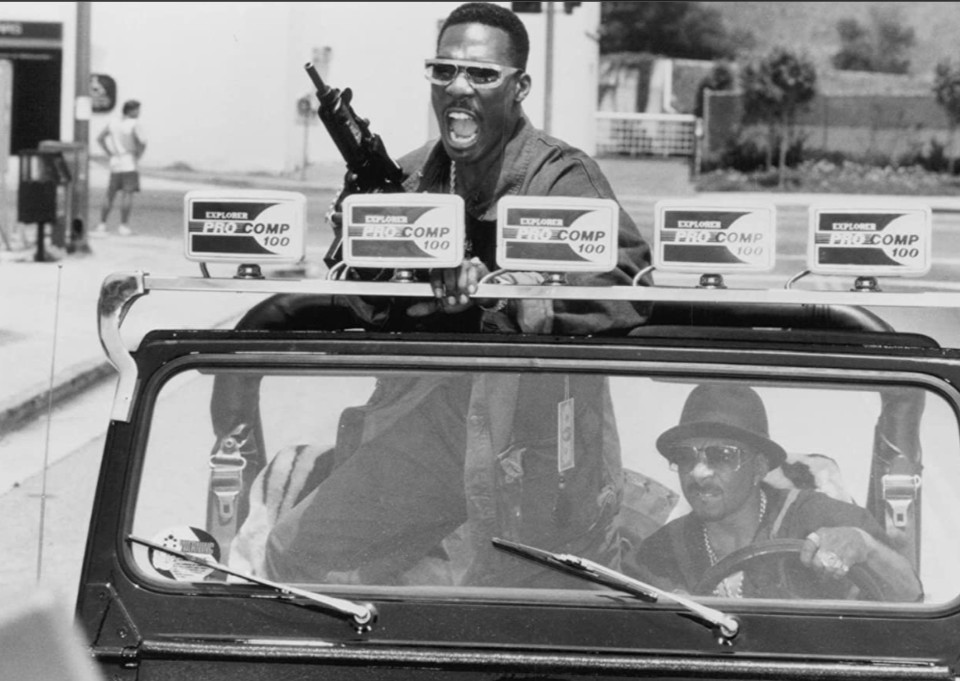 If you have seen the Chappelle’s Show, then you must be familiar with Charlie Murphy. He was a comedian, actor, writer, and voiceover artist. Charlie appeared in various films, TV shows, video games, and many other programs. He was one of the writers and cast members of the sketch-comedy series Chappelle’s Show of Comedy Central.

He would also do stand-up comedy shows. Some of the most prevalent subjects of his shows were pop culture, everyday life, celebrities, and politics. Unfortunately, he died on April 12, 2017, from leukemia. But he has left a legacy behind him. If you love comedy, you will love Charlie Murphy. And, in this post, we will talk about the life of Charlie Murphy.

Charlie was one of the most popular comedians in Hollywood. However, his earlier days were not that easy. But after a lot of struggle, he rose to the occasion and earned his place in Hollywood. He has done a lot of movies, TV shows, stand-up comedy shows, and more. Because of that, he was able to accumulate a lot of fortune. Before he died, his estimated net worth was about 2.5 million USD. He was a philanthropist in real-life as well.

Unfortunately, his father died back in 1969. Another interesting thing about Charlie is that he is the older brother of Eddie Murphy. You can see that both Charlie and Eddie Murphy got inspired by their father to be a comedian and actor.

In his teenage years, Charlie Murphy was a troubled kid. He experimented with drugs and he would be involved in a lot of fights. Because of breaking some law, he was prisoned for 10 months in 1978 while he was a teenager. Later, he joined the US Navy as a boiler technician. He served the US Navy for 6 years since 1978.

Charlie Murphy had a legendary career. He started working in the film industry since the late 1980s. He was also a voice-over artist. In addition, he used to be a songwriter, rapper, and writer for many television shows. Let’s take a closer look at his celebrated career below.

Charlie Murphy started appearing in films since 1989. However, his first key role in a movie was playing the antagonist ‘Gusto’ in the movie CB4. This movie was released in 1993. However, ‘Chappelle’s Show’ was the show that brought him national attention.

His appearance in the ‘Charlie Murphy’s True Hollywood Stories’ sketches was highly praised by the fans. Charlie also made speak appearances in many films and TV programs. Among them, the famous shows were the ‘Are We There Yet?’ and ‘1000 Ways to Die’. Alongside this, he also appeared and wrote many episodes of many TV shows. Some of his notable works in TV are

Charlie Murphy even started his own sketch comedy series in 2009. The name of the show was ‘Charlie Murphy’s Crash Comedy’. The first episode of this show was aired back on 20th March 2009. This show was released on ‘Crackle’. In addition, he also had a stand-up special named ‘Charlie Murphy: I Will Not Apologize’. This special was aired on ‘Comedy Central’ back in February 2010. His comedy shows were in the observational comedy, physical comedy, and surreal humor genre.

Along with playing in TV shows, he also appeared in many motion pictures. He started his role in films with the ‘Harlem Nights’. He played the role of ‘Jimmy The Muffin Man’ in that movie. He even wrote some famous movies like the ‘Vampire in Brooklyn’, ‘Paper Soldiers’, ‘Norbit’, and more. His last role in a movie was in the ‘Meet the Blacks (2016)’. He played as ‘Key Flo’ in that movie. Some of the famous movies of Charlie Murphy are…

Charlie Murphy was also a voiceover artist. He did voiceovers for many animations and cartoons like the ‘Adult Swim’ series ‘The Boondocks’. Moreover, he also provided the voice for Budweiser radio commercials.

Interestingly, he also did the voiceover in various video games for many characters. Among them, the most famous is the voice for ‘Jizzy-B’ in GTA: San Andreas. He also provided his voice in games like Star Trek 2.0 and ‘Marc Eckō’s Getting Up: Contents Under Pressure’.

Although we know Charlie Murphy as a comedian and actor, he was also a musician. Matter of fact, he worked behind scenes with the famous hip-hop duo group ‘K-9 Posse’. He was the executive producer of their debut album. Besides, he also wrote a few songs on that album like ‘Say Who Say What’ and ‘Somebody’s Brother’.

Even though Charlie Murphy was born in Brooklyn, he was a resident of Tewksbury Township, New Jersey. He got married in 1997 to Tisha Taylor Murphy. Unfortunately, his wife died from cervical cancer in 2009. Both of them had 2 children together. In addition, Charlie Murphy had another child from one of his previous relationships. In total, he has 4 children. And as you might have already known that he is the older brother of Eddie Murphy.