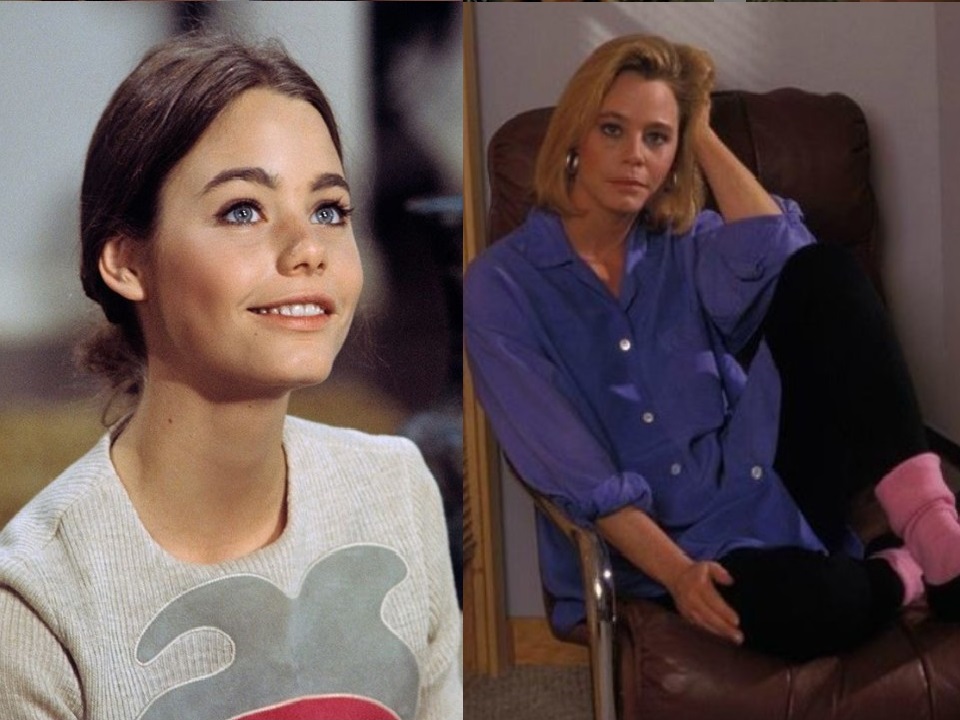 In the ’70s every girl wanted to be like Susan Dey. She is most known for her role in the ‘Laurie Partridge’ sitcom. Right now, Susan has retired from her acting career.

But she has left a bright and legendary career behind her. In this post, we will be revealing various information like net worth, relationship, personal life story, career story, and more about Susan Dey.

So, without further ado, let’s dive right in…

Susan Dey is one of the most popular actresses of the ’70s. She is well-known for the roles in ‘The Partridge Family’, ‘L.A. Law’, and ‘L.A. Law: The Movie’.

Her acting career began when she was only 17 years of age. Since then, she has appeared in a host of movies and TV shows. She also has produced a few shows. In doing so, she has accumulated a lot of wealth. Matter of fact, it is reported that the current net worth of Susan Dey is about 10 million USD.

Susan’s real name is ‘Susan Hallock Dey’. She was born in Pekin, Illinois, USA. Her mother’s name is Ruth Pyle Dey. And her father’s name is Robert Smith Dey.

Susann was born on December 10, 1952. So, her sun sign is Sagittarius. Her father was a newspaper editor. And her mother was a nurse.

Unfortunately, Susan’s mother Ruth died when Susan was 8 years old back in 1961. Susan was a student at Columbus Elementary School located in Thornwood, NY.

However, her family moved a lot during her childhood. So, she also attended Fox Lane High School in 1970. She has four siblings. And, one of her sisters ‘Leslie’ was also a model and actress like her.

Susan Dey has a legendary career. Now she has officially retired from acting. However, she continued acting for over 30 years in Hollywood.

Initially, she was a model. It was her stepmother Gail, who inspired Susan and her sister ‘Leslie’ to be models. Her stepmother submitted both of their pictures to a top modeling agency in New York in 1968. Interestingly, they were signed immediately.

There were 96 episodes of the show. For her acting on the show, she was nominated for the ‘Golden Globe Award for Best Supporting Actress’.

She had no prior experience of acting at that moment. However, she won the hearts of the viewers. And, she started to get new roles in various films and TV shows since then.

Susan’s first film was ‘Skyjacked’. She appeared in the movie as a passenger in 1972. In the meantime, she had appeared in dozens of movies and TV shows.

Plus, Susan starred on the popular TV show ‘L.A. Law’ from 1986 to 1992. She was the ‘deputy district attorney’ of Los Angeles County named ‘Grace Van Owen’.

For her role in this show, she won a Golden Globe Award in the category of ‘Actress in a Leading Role – Drama Series’ in 1988. Interestingly, she was nominated in this category for the following 4 years respectively.

In addition, Susan was also nominated for the Emmy Award from 1987 to 1989 in the category of ‘Outstanding Lead Actress in a Drama Series’ consecutively.

Susan also starred in the popular sitcom ‘Love & War’. However, she was replaced by the show in 1993. Besides, Susan Dey also hosted one episode of SNL (Saturday Night Love) in 1992. It is reported that Susan Dey has retired from acting at the moment.

Susan Dey had a romantic relationship with her co-star, David Cassidy, while they were on the set of ‘The Partridge Family’. Later, after the show was finished, both of them pursued a firm relationship. However, David Cassidy broke it up.

He also published a book in 1994 named ‘C’mon, Get Happy … Fear and Loathing on the Partridge Family Bus’. And, he disclosed the instance that both of them had a relationship back then. And because of that, Susan actually stopped contacting him since then.

In 1976, Susan Dey got married to ‘Leonard “Lenny” Hirshan’. But they divorced each other in 1981. In the meantime, they have given birth to a daughter in 1978. Susan’s only child’s name is Sara Dey-Hirshan.

After their divorce, Susan got married to Bernard Sofronski in 1988. Still, they are happily together. He is a television producer. Susan admitted that while she was acting for ‘The Partridge Family’, she was suffering from ‘Anorexia’, an eating disorder. Susan has served as one of the board members of the ‘Rape Treatment Center’ at the ‘UCLA Medical Center’.

Susan Dey was very popular in the ’70s as ‘Laurie Partridge’ from ‘The Partridge Family’. She won a Golden Globe Award. Plus, she was nominated for the Golden Glove Award 6 times and for the Emmy Award 3 times.

From this, you can guess how popular and good an actress she was. Right now, she is residing in New York City. We hope for the best for her.

If you want to know more about any of your favorite celebrities, you can let us know in the comments below!