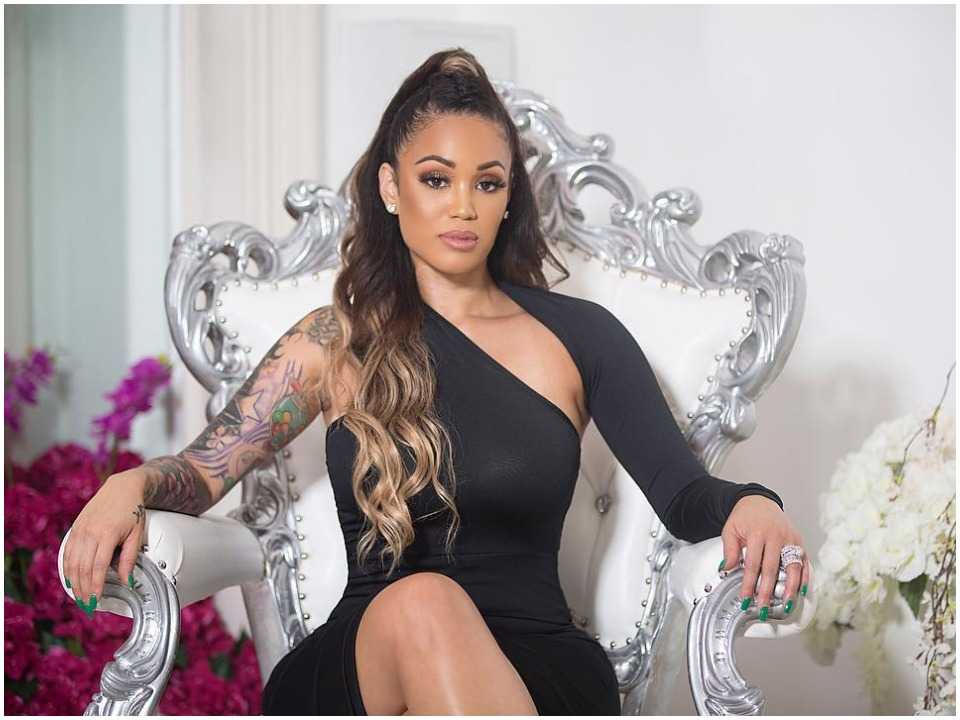 Dazzling fiancée of American boxer Deontay Wilder is already a social media sensation and also a model. Telli Swift was born on 24th January 1987 in Zambales, Philippines and to her mother Vivian Crawford and father Reginald Swift, a typical military family. Due to this, she got chance to travel across all over the world however she spent mostly time raising in Yokosuka Japan. From her early childhood, she started modelling and appeared on several advertising campaigns as a child model. Even her mother supported and encouraged her to take part in beauty pageants and worked for XXotic Angels model for a while.

Later she moved to Los Angeles, California in order to find opportunities and pursue her career as an ER nurse. She ended up taking a job in plastic surgery recovery department and trauma center in Beverly Hills. Although she faced an awkward situation because of her pregnancy within early twenties. Just at the age of 19, she fell in love and married to her boyfriend and gave birth to her first child in 2007. Although they both separated after few years of relationship and ended up being in romantic with Deontay Wilder.

They first met accidentally on Los Angeles airport and kept staring at each other from a long distance. Later Wilder messaged her instagram. At that time Wilder was married but eventually, he divorced her ex-wife Jessica Scales-Wilder in 2017. In 2018, Deontay proposed her on the set of WAGS Atlanta with huge diamond ring and then the two ended up together. Wilder is giving up a great fight this Sunday and he is sure to have a dynamic woman by his side.

It is obvious that being an Instagram sensation and a model, she had earned enough to make living out of it. Although her net worth is unknown or not disclosed as of now but she’s gonna be the wife of WBC world champion whose net worth is estimated at $30 million.