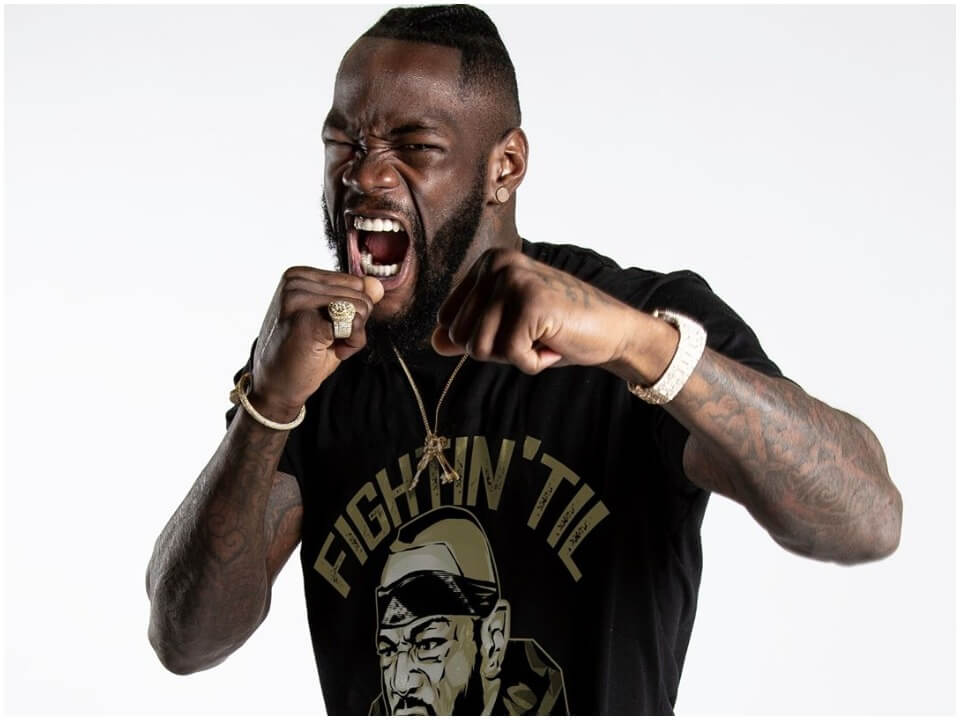 Deontay Wilder, the first world heavyweight champion from the America is known for his fierce punching powers. He was born on 22nd October 1985 in Tuscalossa, Alabama, USA and from childhood he is in totally in love with boxing. In fact he has many boxers as idols, including Muhammad Ali and Mike Tyson. However, he began to practice boxing only in 2005, and thanks to his physical skills in 2008 he participated in the Beijing Olympics and ended up winning Bronze for the USA. He later entered the professional category and became one of the currently strongest boxers.

Image of “The Bronze Bomber” and Career

Deontay Wilder is a very special style boxer both outside and in the ring. He is nicknamed The Bronze Bomber (in reference to his skin color as well as his Olympic medal, but also to the legendary African-American champion Joe Louis whose nickname was The Brown Bomber. Wilder maintains the image of a determined, proud, brutal, intimidating and provocative boxer and also widely known for trash-talking and provoke his opponents quite often. In addition to this personality who does not fail to ensure the show, the boxer has built a whole flashy staging around this character of the bronze bomber, arriving at the weigh-ins and the fights dressed in golden bathrobes, their faces hidden under Venetian masks and screaming at the top of their lungs Bomb Zquad!

He has the reputation of being a “dirty” puncher with extremely brutal blows, almost all his fights ending in a victory by KO and this in the first rounds. His win ratio in the fight is more than enough to prove his strength as his knockout-to-win ration stands at 90% with almost 20 knockouts in the first round. Throughout his career, he won Premier Boxing Champion Knockout of the Year award twice in 2016 as well 2017. He also garnered Ring Magazine Knockout of the Year Award in 2019. So many boxing magazines consider him being the second best active heavyweight in the world.

The unbeaten WBC heavyweight champion has the record of 42 wins out of 43 fights and 41 by knockout. According to forbes, he stands at the 56th spot in the list of highest paid athletes across the world. His net worth is estimated to be around $30 million and all these wealth he has earned from boxing career including salary. He has also amassed around $500000 from endorsements and still going strong.