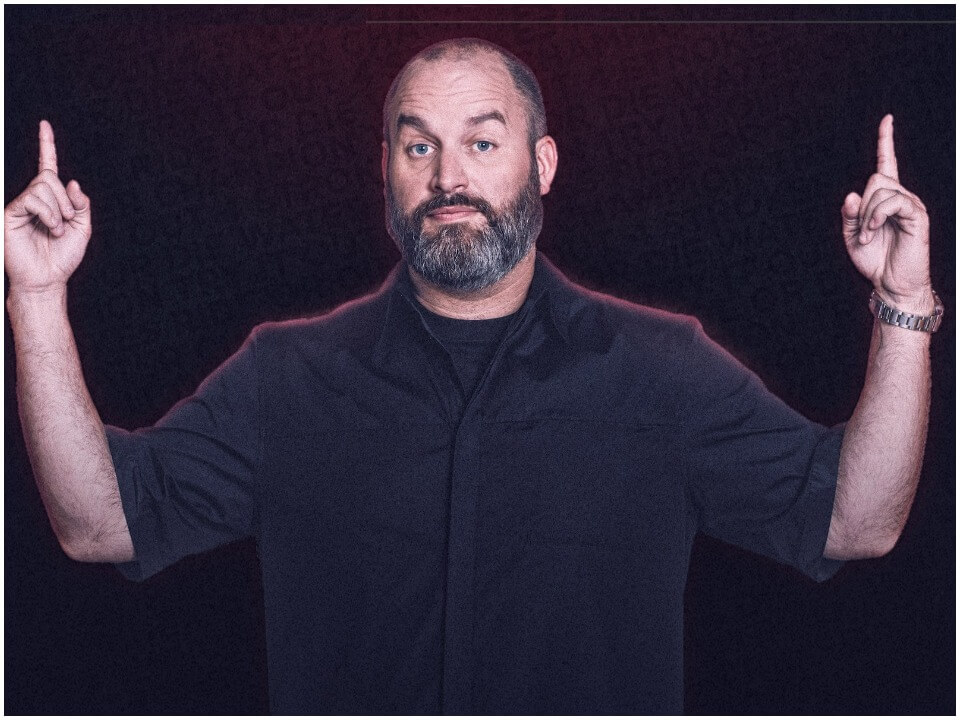 American standup comedian, Tom Segura is back with “Ball hog” and you can watch is on Netflix. He was born on 16th April, 1979 in Cincinnati, Ohio and apart from comedy; he is a well known writer, actor and radio podcaster as well. From early age, he was performing as comedian and also started his professional journey upon completion of his graduation. Talking about his sweetheart then he married with fellow comedian Christina Pazsitky in 2008 and currently sustaining duties of parents for their two sons. Tom went into coma due to overdose of GHB drugs when he was 18 years old.

He performed at the Melbourne International Comedy Festival, The Comedy Festival, the Global Comedy Festival in Vancouver, Just For Laughs Comedy Festival, and the South Beach Comedy Festival. Tom even contested in local standup comedy completion called “Last Comic Standing 2” and remained as a finalist. Tom and his wife even appeared on national television on CBS show “The Little Things” and Tom appears on radio talk shows quite often. Apart from this, he releases podcasts along with his wife and mostly recognized for “Your Mom’s House”.

His career kicked off from very young age is cand since then he performed at various clubs, theatres. He is gained so much love and fan following from Netflix specials Completely Normal and Mostly Stories. His net worth is around $3.5 million as of 2020.