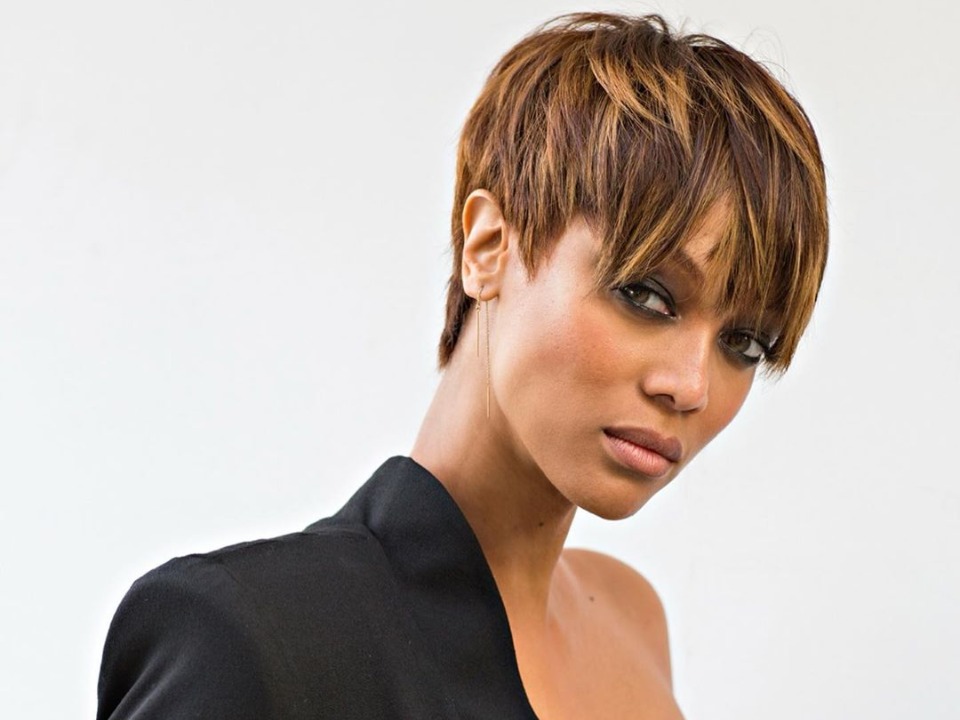 American multiple personality and modeling sensation Tyra Banks is definitely turning old but her charm isn’t. She was born on 4th December 1973 in Inglewood, California and as a child; she attended Immaculate Heart High School in Los Angeles, California. Tyra was noticed as a model for her physique, from the age of 15 and became the face of several big brands including Victoria’s Secret, Yves Saint Laurent, Dolce & Gabbana, Chanel, Pepsi, Nike. She is the first Afro -American to cover the prestigious magazines GQ and Sports Illustrated Swimsuit. Regularly named in the top of the most beautiful women in the world since 1997, Tyra lent her figure to many cosmetic brands like Cover Girl, and appears on the cover of international magazines like Vogue and Elle.

She received the Michael Award for Super-model of the Year and in November 2008, she was named woman of the year (Mogul media category) by Glamor Magazine alongside Hillary Clinton and Condoleezza Rice. Due to her contribution in modeling world, her wax statue is placed in the Madame Tussauds’ museum in London UK. In 1994 and 1996, she was named among one of the fifty most beautiful personalities in the world, and in 2000 as in 2008 and 2009, she was named second among the ten sexiest women in the world. She last appeared on a catwalk during the annual Victoria’s Secret fashion show in November 2005.

Banks also tried as a singer and recorded the song “Shake Ya Body”, which was produced by Rodney Jerkins. The accompanying music video shows the last six candidates for the second season of America’s Next Top Model. The single became a flop and the planned debut album TYRA was never released. Her own talk show, The Tyra Banks Show, broadcasted daily on The CW from 2005 and after the second season, the crew of the show moved to New York City so that America’s Next Top Model and the talk show can be filmed in parallel. Banks won the Emmy in the area of ​​informative daytime shows for the moderation of their talk show in 2008 and 2009, respectively. After the 5th season the talk show was ended.

During her modelling career, she remained one of the most demanded supermodel of all time and even Victoria Secret owners considered her as the best. Apart from this, she has worked in several movies and television shows which is the second source of her income. Her net worth is estimated to be whopping $90 million and she has tried her hands as a businesswoman as well.