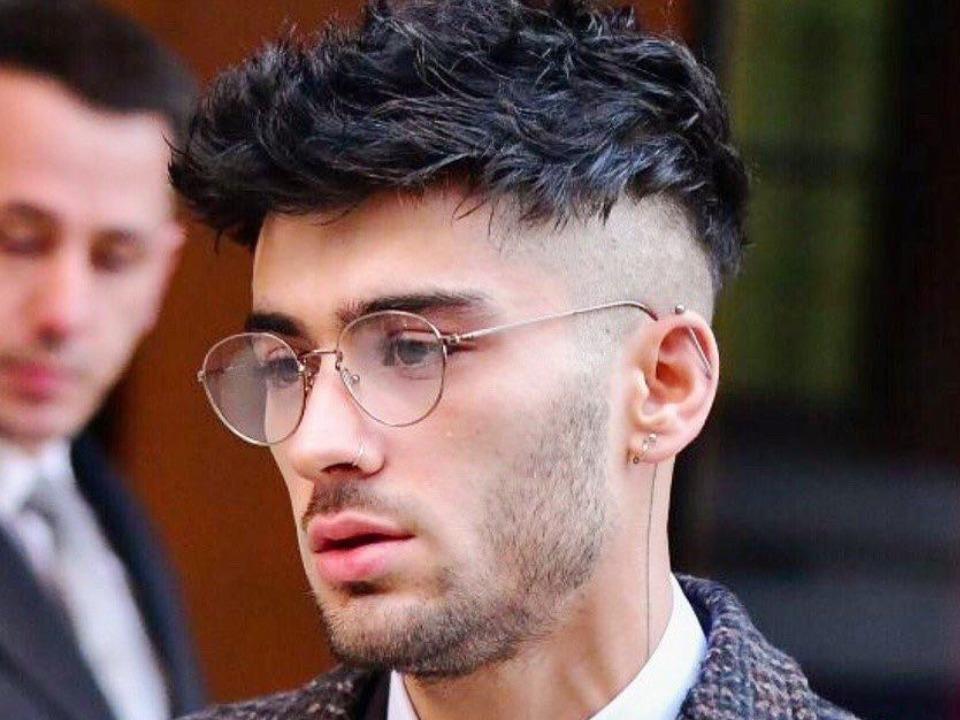 Zayn Malik is a famous and talented English singer and songwriter.  He appeared on the series The X Factor where after he was eliminated was again taken back. This time was teamed with four other male contestants who formed a group act One Direction. His group went on to becoming the most popular boy band in music history. He left the band in 2015 to continue his solo career in music.

Zayn Mailk was born in Bradford, West Yorkshire, England on 12th January, 1993. He grew up in East Bowling in a working class family and his father is a British Pakistani named Yaser Malik and mother is Tricia Branna Malik who is partly English and partly Irish. Zayn has three sisters Doniya, Waliyha and Saffa.

Malik attended Lower Fields Primary School in Bradford. He went to Tong High School where he took performing arts courses and appeared in school productions. Zayn spent his childhood days listening to his father’s urban music records which inspired him to start writing raps when he was in school. He also was found of boxing and learnt the game for two years. He had planned a career as an English teacher before he took up music as his passion and career.

Zayn at the age of 17 auditioned for The X Factor in Manchester however eliminated from the show but later he was brought back. This time was he teamed with four other male contestants who formed a group act One Direction. His group went on to becoming the most popular boy band in music history gaining a lot of popularity in the UK. In the year 2011 they did X Factor Live Tour and performed for 500,000 people. In November their debut studio album Up All Night was released.

After their debut album got released internationally they released many new singles and albums which include What makes you beautiful, Gotta be you, Take me home, Memories and many more hits and soon became the first boy band in the US to record two number one albums. He departed from the band to be a solo performer which was a very big loss to the band. In January, 2015 he released his solo album Mind of mine which was a super hit and the next year came with his other hit Pillow Talk which was placed number one in many countries. This album featured him with his present girlfriend Gigi Hadid.

Rise to stardom as a solo singer

Zayn became the first UK male artist to debut at number one in UK as well as US. In 2016 he released a single by Taylor Swift and himself called I don’t wanna live forever for the Film Fifty Shades Darker. He has also done Sia, Dusk till Dawn and many more singles. He performed a cover version A Whole New World with Zhavia Ward in the movie Aladdin in 2019.

Malik made his debut in the fashion world in 2016 on The Business of Fashion’s annual BoF500 index. He also released a shoe line The Giuseppe for Zayn capsule which featured four shoe styles. Donatella Versace the chief designer of the famous brand Versace appointed Zayn Malik as the creative director for a men’s and women’s capsule collection entitled Zayn x Versus which was available in May, 2017. He also designed a backpack line in 2018 for Kooples.

Malik was considered as the bad boy of the group while he was with One Direction because of his tattoos, his naughty behavior, his funky hairstyles and dyed hair. He dated Geneva Lane, Rebecca Fergunson and Perrie Edwards. He got engaged to the singer of the Little Mix group Perrie Edwards in 2013, but due to personal reasons and not getting along they split after two years.

Since 2015 he has been in a relationship with the American model Gigi Hadid. They appeared together on cover of Vouge as well as she was seen in his music video for Pillowtalk. The couple broke up in 2018 in March but in June they were back together. Again in November they split and December they reunited. Currently she is reported to be pregnant with Zayn’s child.

Zayn the talented and handsome young singer has done wonders in the field of music. He has done outstanding work and this has helped him to gain a huge wealth and fame for himself at such a young age. He has grown to be a talented and hardworking singer. Malik is estimated to have a net worth around $ 67 million.