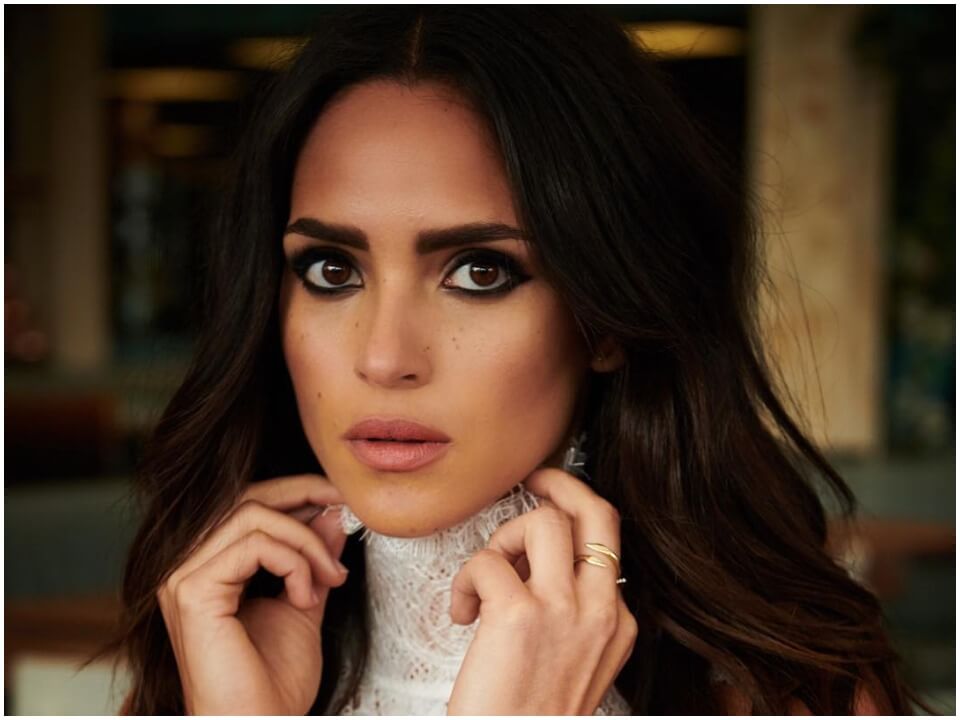 Adria Arjona Torres popularly known as Adria Arjona is an American actress and model. The rising actress is well-known for playing the roles in crime drama series like ‘True Detective’, ‘Person of Interest ‘and ‘Narcos’. Apart from acting, Adria is also inclined towards modeling and singing and she posts her sizzling hot pictures on her social media account. She is a self-made actress who has an innate love for her work and is rising to fame after facing a lot of struggle.

Adria Arjona was born on April 25, 1992, in Puerto Rico, United States. She is currently 28-years old. Her mother, Leslie Torres, is a Puerto Rican, and her father, Ricardo Arjona, is a Guatemalan singer and songwriter in Latin America. She has two brothers, Ricardo Arjona and Nicolas Arjona, however no information about her sister can be found as of now.

Adria lived in Mexico City until she was twelve. As a child, she used to travel a lot. Her father used to take her on long tours which allowed her to experience art, music, and a bohemian lifestyle, and at the age of 12, she moved to Miami and lived there until she was 18. After that, Adria shifted to New York City on her own in order to achieve all her dreams although settling in new place wasn’t easy at all. In order to survive there, she worked as a waitress and hostess while studying at the Lee Strasberg Theatre and Film Institute. Her hobbies include traveling, shopping, and singing.

The beautiful and talented American actress rose to fame after facing lots of hardships. At the age of 18, she moved to New York to pursue her acting career. In order to make the ends meet, she worked as a waitress and hostess while studying at the Lee Strasberg Theatre and Film Institute. She set out to achieve her dreams with a focus on being successful and with a love for what she does. Adria rose to fame slowly and gradually and is best known for her role as Emily in True Detective (2015) and as Dani Silva in the Person of Interest (2014 and 2015). She is even popular for playing the role of Anathema Device in the Amazon Prime mini-series Good Omens (2019) and for voicing the character Ramirez in the popular game Fortnite.

In 2018, Arjona was selected to play the lead role of Martine Bancroft in Sony’s Spider-Man spin-off Morbius which will be released in 2021. In March 2019, Adria appeared in the movie Triple Frontier and was even starred in a Netflix movie 6 Underground. She was even starred as Dorothy Gale in the television series Emerald City. The gorgeous actress has been starred in several other movies and TV shows such as Life of the Party, The Belko Experiment, Pacific Rim Uprising, and Anomalous. She is making an impact on the acting industry and has a wide outreach and a fan base.

The American actress is currently unmarried and has no children. She is not dating anyone anymore. Like most of the celebrities, Adria also prefers to keep her life private and has not revealed much about her relationship or love life. But, according to the reports, Adria was dating someone previously and has had at least one relationship. The gorgeous and multi-talented American beauty is active on social media and has nearly 607 k followers on Instagram and 32.5 k followers on twitter. She has been actively posting on social media platforms for her fans and has a huge outreach. Adria is growing to fame slowly and gradually.

Arjona has gathered estimated net worth around at $0.5 million from acting only. After facing so many struggles in her life, she is finally gaining a reputation and is doing great in her acting career. For this 28- year old lady fame and fortune do not ameliorate her work and passion. She loves doing what she does and is completely passionate about acting.