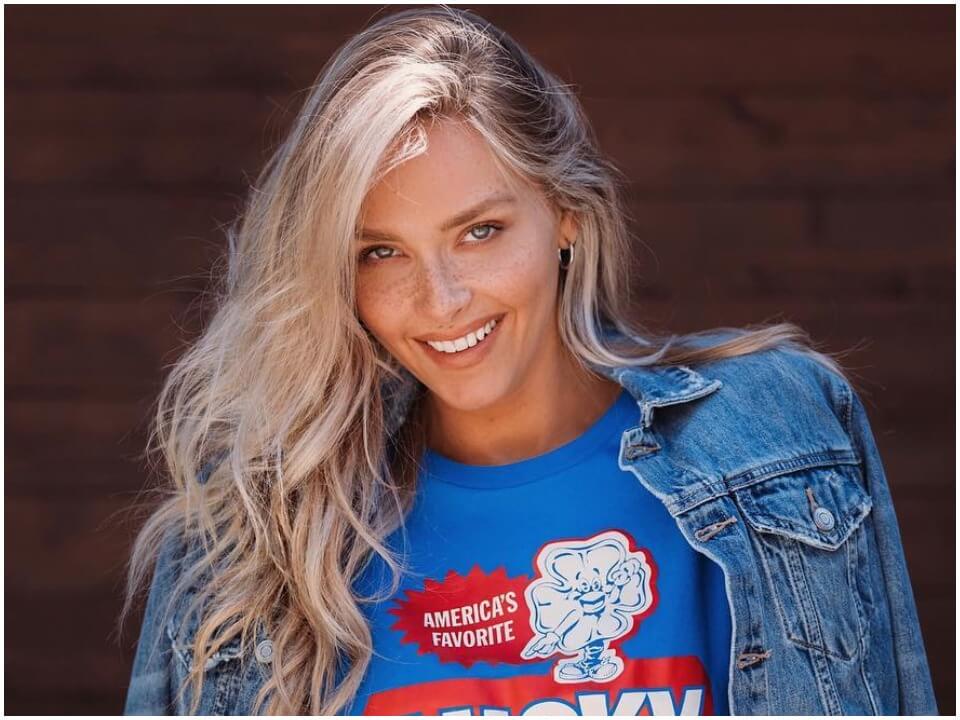 Dazzling hot beauty Camille Kostek is the girlfriend of NFL star Rob Gronkowski. She was born on 19th February, 1992 in Killingworth, Connecticut and used to be a leading cheerleader for New England Patriots. From three years of age, she was interested in dancing and started to get professional coaching in ballet. Later she even competed in the national level ballet competitions and also continued her training at Broadway Dance Center in New York. She went to Haddam Killingworth high School for basic school education and completed her graduation from Eastern Connecticut State University.

Quickly, after completing graduation she started as a fitness instructor and later diverted into cheerleading for New England Patriots in 2013. Just after one year, she featured on the cover of popular sports magazine Sports Illustrated Swimsuit Calendar. From this, new doors opened for her in the modelling world with immense opportunities and posed for leading brands such as Victoria’s Secret, L’Oreal, New Balance and Nissan. Apart from modelling, she did try her hands in acting and appeared in I Feel Pretty and also begged supporting role in 2020 movie “Free Guy”.

Camille stole the heart of Rob “Gronk” Grownkowski during while cheerleading for the New England Patriots. However, they didn’t committed to serious relationship immediately because she stated that Rob started dating after she left the team since 2015. Due to the strict rules of NFL, players must not date cheerleading squad, she said,

Being a supermodel, she definitely enjoyed lavish lifestyle along with opportunities to some of the incredible locations across the world. Apart from this, she did cheer-leading quite a long and also started her own business. Thus, thanks to her all previous professions, her net worth is estimated around $4 million including all brands endorsement contracts.