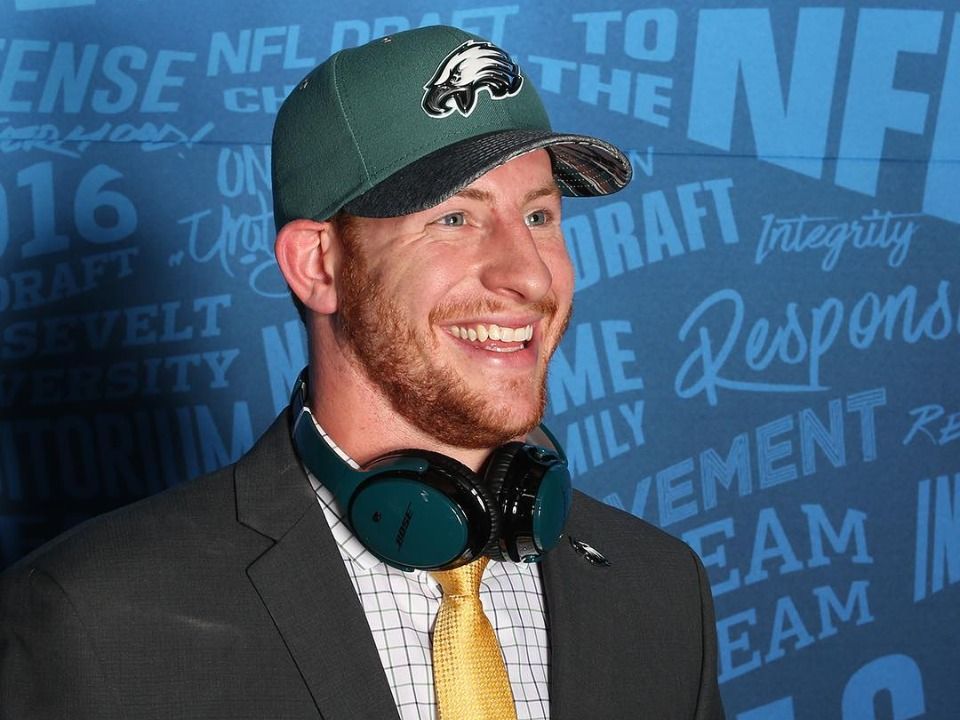 Carson Wentz plays for the Philadelphia Eagles and probably the best current player in the roster. He was born on 13th December 1992 in Raleigh, North Carolina and rose to fame due to his game changing ability on ground in the NFL in the position of quarterback. Since childhood, he was playing in the quarterback as well defensive in the football in school team. Apart from this, he also spent times playing in baseball as well basketball. After completing school studies, he got admission in North Dakota State University where player for the Bison and also clinched first FCS title as well.

College Career: He made his first appearance on 22nd September 2012 when he brought all of his eight passes for 93 yards and a touchdown to the teammate against Prairie View A&M University. In 2013 he was still a replacement quarterback, but was used in eleven games where he threw 30 passes for 209 yards and a touchdown this year. Although in his last year of college, due to physical injuries he missed out about 8 games with broken wrist. However in December 2015, he returned back to action and led his team to win 5th championship.

NFL Career: His nfl career started with Philadelphia Eagles as he was picked as the second player and in order to be able to sign him, Eagles had to give their top 100 picks in the 2016 draft. In his NFL debut, Wentz confidently led the Eagles to a 29:10 win, threw passes for 278 yards and 2 touchdowns, achieving a quarterback rating of 101. In the 2017 season, Wentz showed outstanding performance, threw 33 touchdowns with 3,296 yards of space and reached the play-offs with the Eagles as the best team in the NFC. However, he himself had to miss the play-offs because he contracted a cruciate ligament on match day 14 of the regular season. Also, Eagles extended his contract with Wentz to four years until 2024 by paying record $107 million.