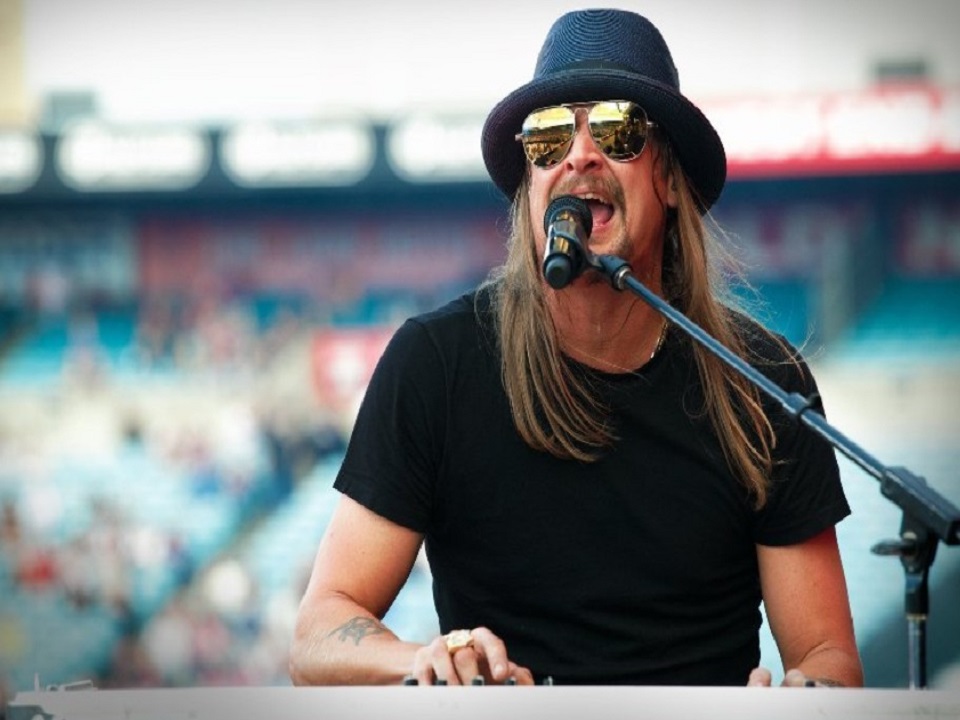 If you are a rock and hip-hop enthusiast, you should know Kid Rock by now. He is one of the most prolific musicians in the world. Although he is known by his stage name, his real name is not Kid Rock. Actually, his real name is Robert James Ritchie. He was born on January 17, 1971. At the moment of writing this post, he is 49 years old.

He is a multi-instrumentalist, record producer, rapper, singer, actor, songwriter, musician, DJ, and more. Till now, he has sold over 35 million albums worldwide. He has a long career for over 30 years. And, in this post, we will learn more about Kid Rock.

Kid Rock has released 11 studio albums in his career. Also, he has appeared in around 20 TV shows and films over the years. He also hosts concerts for his fans from time to time. His lengthy career has given him a lot. Matter of fact, as per many sources, he has a net worth of 80-100 million USD. Kid Rock is a philanthropist as well.

Kid Rock would help his family by pickling apples and taking care of their horses when he was little. He grew his interest in hip-hop during the 1980s. During that period, he taught himself to rap and DJ. Later, he would perform in many talent shows. Also, he would play every instrument on his own while performing.

Kid Rock started his career as a member of a hip-hop music group ‘The Beast Crew’ in 1988. After a while, he met one of the most famous rappers at that time D-Nice. And, Kid Rock used to open for D-Nice at that time. Later, Kid Rock worked with Mike E. Clark, a record producer from Detroit. He was a bit skeptical at first about Kid Rock.

But when he saw Kid Rock’s immense talent as he could do it all (playing multiple instruments and perform), Mike E. Clark produced several demos of Kid Rock’s performance. These demos unlocked the key of Kid Rock’s luck. After the demos were released 6 major record labels sent offers to Kid Rock.

After a year in 1989, Kid Rock became one of the shareholders of an independent record label named ‘Top Dog’ records. After checking all the offers from the record labels, Kid Rock signed a deal with Jive Records with the help of D-Nice. At that time, Kid Rock was only 17 years old.

Due to these issues with Vanilla Ice and Kid Rock, Jive Records dropped Kid Rock from their contract. So, in 1992, he signed a new deal with ‘Continuum Records’. This was a local independent record label.

At the age of 17, when he was signed with Jive Records in 1990, Kid Rock released his debut album named ‘Grits Sandwiches for Breakfast’. It was a great album and it helped Kid Rock grow and be a new popular musician from Detroit.

At that time, Kid Rock toured the USA with famous rappers like Ice Cube, Yo-Yos, D-Nice, Too Short, Champtown, and more. He even developed a friendship with Eminem, arguably the world’s best rapper at that time. They even have a song together.

Kid Rock has worked with many artists in his long career. Some of the most notable ones are…

After releasing his debut album, Kid Rock released his second studio album named ‘The Polyfuze Method’ in 1993. But his most successful album to date is the ‘Devil Without a Cause’ that was released in 1998. That album sold more than 14 million copies worldwide. After that, he took a break from releasing studio albums. After a short break, he returned with ‘Cocky’ in 2001. This album was dedicated to Joe C. Joe C was a hype man for Kid Rock who died at the age of 26 in 2000, unfortunately.

This album was known for Kid Rock’s production quality. He blended elements of rock, hip-hop, country, and heavy metal genre in this album. Later, in 2010, Kid Rock released an album named ‘Born Free’. In which, a blend of country music and rap is noticeable.

He is still making music. In fact, on 29th March 2020, he released a single named ‘Quarantine’ (due to the COVID-19 situation). However, he released the song under the name ‘DJ Bobby Shazam’. Kid Rock said all of the earnings from this single would go to fight COVID-19.

Along with making music, he is also an actor. He has appeared in multiple films, short films, documentaries, TV shows, and so on over his long career. Some of the most popular appearances of Kid Rock are in…

Kid Rock might be a great musician. But he has a very controversial career and personal life. He made crude comments about Oprah Winfrey, Colin Kaepernick, and more. He was also criticized for supporting Donald Trump. Kid Rock is a hunter. One time, he and his friend Ted Nugent killed a cougar. Later, they have shared the photo on the web.

Because of that, they have been criticized by a lot of people, even his fans were not happy with it. Politically, Kid Rock is a Republican. He was also a prominent supporter of the involvement of the American Military in the Iraq War. His personal and marital life is also full of controversies.

Kid Rocks’s first relationship was with his classmate Kelley South Russell. Both of them had a son named Robert James Ritchie Jr. Later, they have had 3 children. However, Kid Rock later discovered that one of the children is not his. Due to that, the couple split up in 1993.

Kid Rock is now a grandfather as his son and his girlfriend have a daughter named Skye. Since 2017, Kid Rock got engaged with his longtime girlfriend Audrey Berry. Kid Rock is an ordained minister as well.