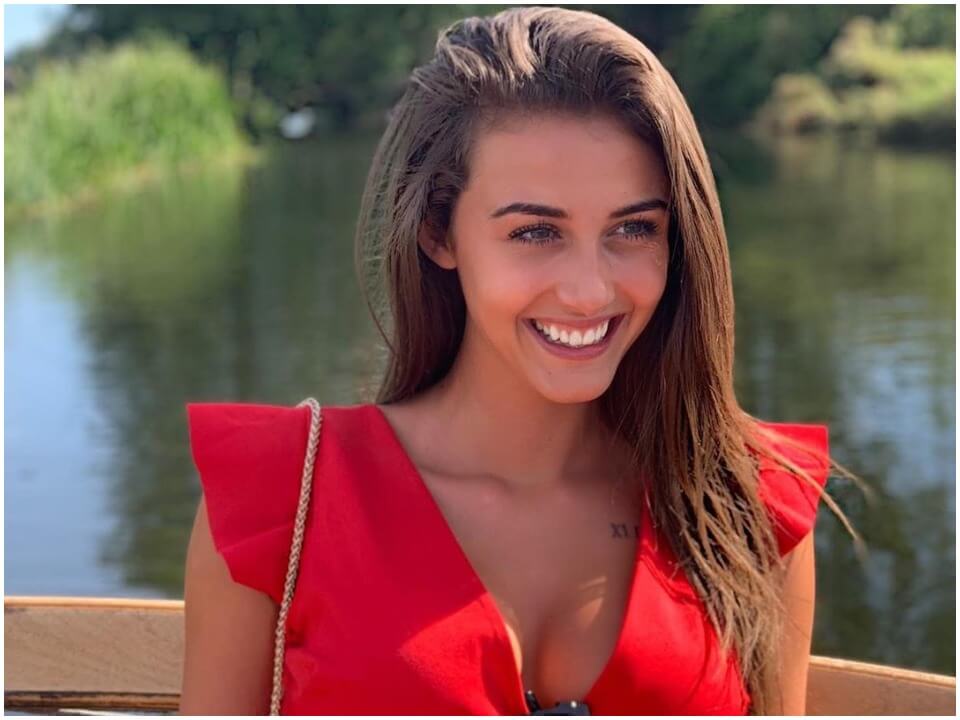 This sizzling hot diva from Britain, Chloe Veitch is flaunting her curvaceous figure in Too Hot to Handle in Netflix’s new dating reality show. She was born on 6th March, 1999 in Clacton, Essex, England who is an Instagram sensation and former beauty pageant winner. During her school days, she was bullied who even lost his stepbrother brother due to excessive drinking and her aunt in cancer. Apart from this, she is the hero for her father because she helped him during addictions of drugs and alcohol just at the 16 years. For this, she even got nomination for Essex Young People of Year Award.

Talking about her career then she kicked off her journey for bright future from modelling. She won the first even beauty pageant contest of Top Models UK and worldwide just at the age of 19. In addition to this, she even worked as a catwalk model for several lingerie and swimwear brands. In 2018, Chloe did work as an extra “exploding atom” on television show “Extreme Hair Wars” on Channel 5. Now you can watch her contesting for $100 thousands grand prize on Netflix’s new dating game show “Too Hot to Handle”. She announced her participation through an Instagram post in which she wrote,

“The secret is out! I have been filming with Netflix, catch me on the new dating show on the 17th of April. I am so nervous and exited to be able to share something that I went through with you all, It was an emotional rollercoaster.. you will see my highs and lows. But I hope you love it as much as I enjoyed filming it.”

Working as a model, she is travelling and exploring his favorite destination which can be seen on her instagram account @chloeveitchofficial. Her net worth information is still unavailable but this story is updating as soon as we get any proper details.